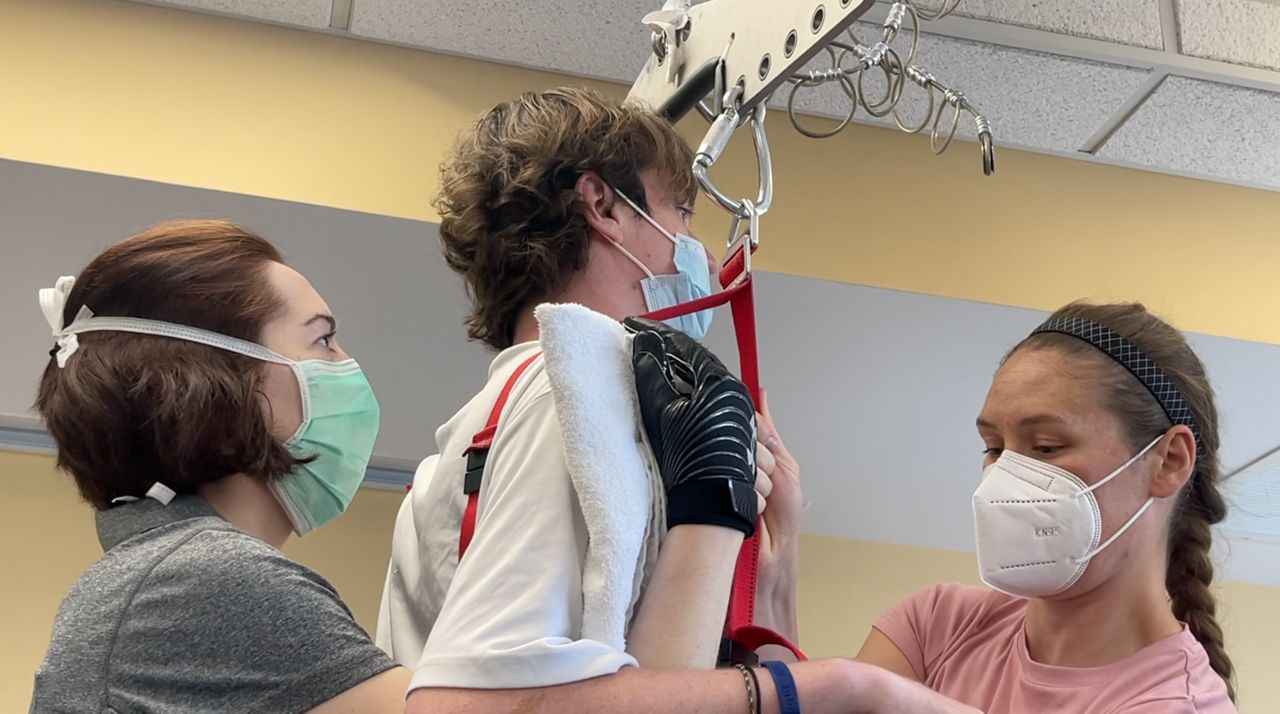 LOUISVILLE, Ky. — Four times per week this summer, you can find Britt O’Brien at Frazier Rehab doing exercises to try to regain mobility. This comes after he was paralyzed when diving into a shallow end of a pool last summer, which he thought at the time was much deeper than it was.


Before his accident, O’Brien was always outside moving his body. He was a lacrosse player at Centre College.

He has always known progress takes patience and a lot of practice. His journey back to movement is tougher than any athletic quest he’s done before.

“I’m pushing myself as far as I can, just in a different way. I’m not out there just conditioning for an hour and half with sprints. Now, I’m working on little muscles and trying to get the functionality back,” said O’Brien.

While many may think getting paralyzed from a shallow end dive is a rare occurrence, Dr. Camilo Castillo from UofL Health said among diving accidents, up to 20% result in spinal cord injuries.

O’Brien warns kids and adults alike to be careful this summer, and urges caution any time they are diving into a pool. He said to double and triple check how deep an area is.

He recalls how terrifying it was when he first realized he could not feel or move his body.

“I was like I’ve had a great life and had a lot of fun and met great people,” O’Brien recalled. “That’s when I thought I was going to die. Luckily, I didn’t.”

In the beginning, doctors told him he had only a 3-7% chance of ever moving his body again. Now, he’s defying the odds able to move his arms around. He continues to work on mobility at Frazier Rehab several times a week and also tries to hit the gym in his spare time.

Dr. Castillo said seeing patients’ progress is one of the best parts of his job.

“I see them making gains and improvements like driving, going back to work, marriage, having kids,” Castillo said. “All of that for me is extremely gratifying.”

O’Brien said he’ll continue his rehab because he wants to be as self-sufficient as possible. Friends and family have been raising money for him to get an all terrain wheelchair.

When that arrives, he hopes to get back to camping and hiking. He also wants to learn how to play wheelchair rugby at some point.