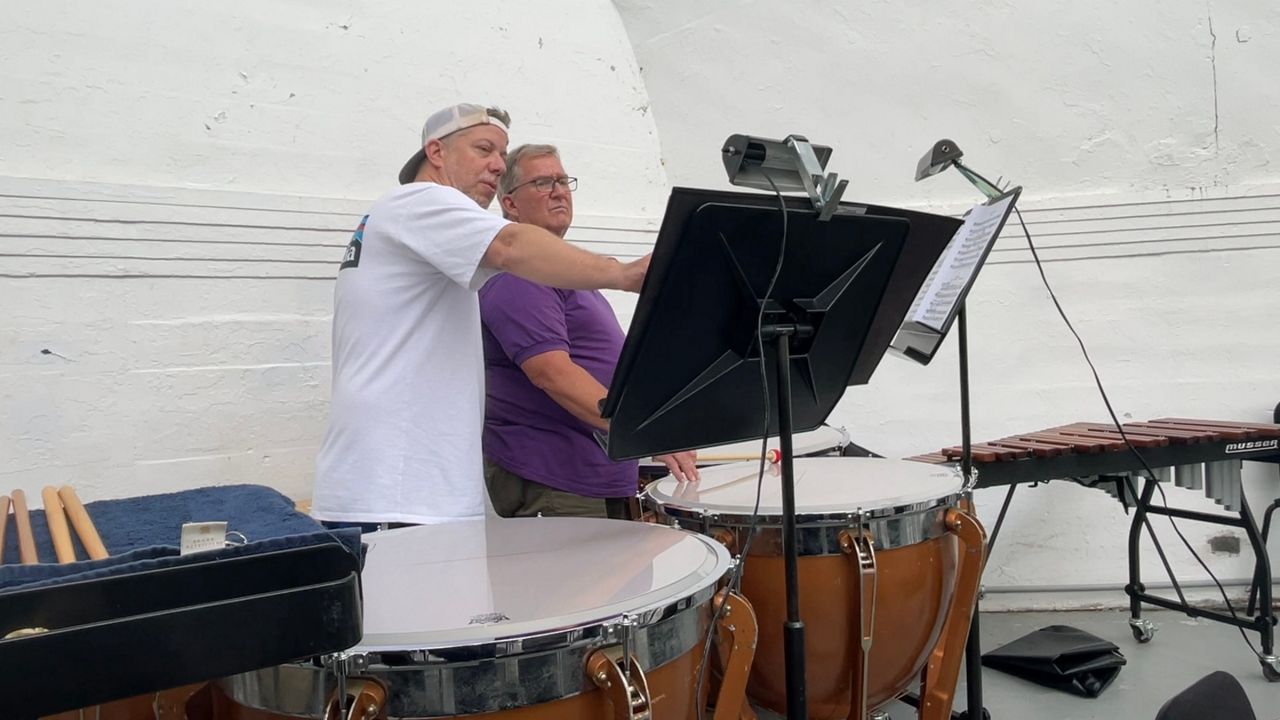 COVINGTON, Ky. — The stage was set on Saturday at Devou Park for the kickoff of the Kentucky Symphony Orchestra’s 28th consecutive year of the Summer Series.


They’re kicking things off with a Marches Madness performance.

“We’re doing everything from the Nutcracker march to the wedding march. Those standard things that we know, the entry of the Gladiators, which is the big circus march that everybody knows, but we’re also doing Superman, Darth Vader’s Imperial March,” explained James Cassidy, music director of the orchestra.

The Summer Series has become a staple, with the orchestra performing in parks for over 20 years. The orchestra itself came to life in 1992.

It’s a job that allows Cassidy to perform many roles.

“I’m part missionary, trying to get the music out, right? Getting everybody together, directing traffic and all that kind of stuff and the only part is I can’t scream in the middle of the game, but I want to a lot of the times,” Cassidy said.

But the prime goal is to bring people together.

“Where you can gather free of charge with your family, extended family, your neighbors, your friends. And just come out, sit back, let the kids roll down the hill, while you’re enjoying being together and hearing great culture and entertainment?”