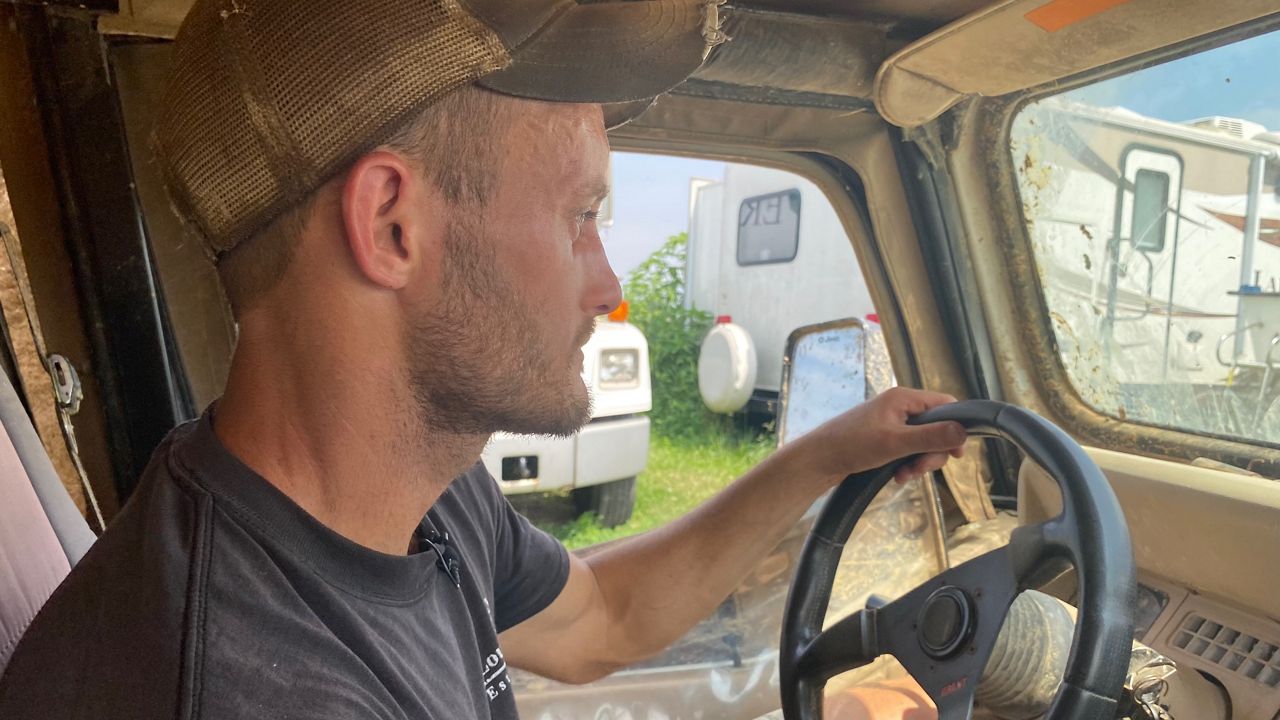 HENRY COUNTY, Ky. — Inflation is being seen across the country and it’s not just at the gas pump or the grocery store. Kentucky farmers are seeing a rise in costs from fuel to feed and everything in between.

One of those farmers is Andre Faul, Jr. After immigrating to the United States from South Africa, the Faul family purchased a 100-acre farm in Henry County in 2015 and have since continued to farm on the land.

For Faul, every day on the Faul Family Riverside Farm is different, especially recently with the extreme heat affecting the livestock.

“I can tell they’re a little stressed in the middle of the day when it’s really hot, I try to get them as much shade as I can and that’s why we’re getting this ready because they’ve pretty much eaten all the good grass on the pasture they are on now,” Faul said.

Faul has recently been working on installing a new electric fence, a tool he uses to shift cattle on the farm, and actually got a later start than Faul was expecting.

“Some of these supplies, like the fencing supplies, were a little delayed but were fortunate we got a lot of our big capital investment items, we purchased before the pandemic and before all of these issues,” Faul said.

“Whenever we have a fuel spike in price like what we’re going through now, it seems like it’s not long until inflation follows along,” Rentfrow said. “If I’m planting, I have to have fertilizer and seed and pesticides and things like that. If I’m a livestock [farmer], I’ve gotta get the feed there.”

It’s all something Faul has seen first-hand, recently having to make the switch from organic feed to Non-GMO feed.

“The Non-GMO feed, roughly the same price as the organic was before all this mess started,” Faul said. “Our brother feed we used to pay $4.80 or so per ton now is north of $600 a ton.”

Faul has even had to make small price increases to some of their products.

“Yeah, we’re making a little bit less money but we’re trying to make it as affordable for people as possible and not price ourselves out of the market,” Faul said. “So our processing costs have gone up slightly but not significantly.”

For now, Faul is making use of the materials on the farm until having to order, but when he does, he’ll make sure it’s done early to beat delays.

University of Kentucky experts suggest consumers plan out their meals to balance out their budget.