Addia Wuchner, a former Republican state legislator and executive director of Kentucky Right to Life, said the organization is “very excited” about the Supreme Court’s decision, but admitted there is much more to be done.

“We still have work to do as we move into the future,” she said. “We're still in the midst of this. We're still sorting through it. We have a trigger bill in Kentucky. As I understand, the ACLU and Planned Parenthood have filed lawsuits in Jefferson County. We'll wait to see what happens there and we’ll have to deal with that and a six-week heartbeat bill. Things are ongoing on this legal journey.”

Wuchner said in the immediate future Kentucky Right to Life is steering its efforts toward ensuring the passage of Constitutional Amendment No. 2, which will be on the ballot for the Nov. 8 general election.

“The amendment contains very simple words,” Wuchner said. “It doesn't get into the procedural, it just says, ‘to protect human life, nothing in the Constitution shall be construed to secure or protect a right to abortion or require the funding thereof.’ It's very simple, and what it does is allows Kentuckians, for the first time, to vote what they feel and to make sure we never end up in a 49-year battle like we've been in on this issue since this tragic Roe decision was made in 1973. Really what the Supreme Court justices did by saying it should have never been there is return the decisions to the state lawmakers, the people that reflect the voice in the hearts of the people in our Commonwealth. So that's where we are.”

Wuchner said Kentucky Right to Life has always reflected the grassroots of the people of Kentucky and where their hearts are on this issue. 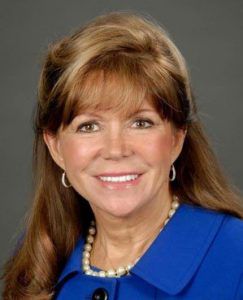 “Our work has always been advocacy and being there to support changing hearts on this issue,” she said. “Imagine for 49 years, almost 50, women have been very confused. We have three generations of young women that have been brought up thinking abortion is safe because it's legal, so we continue our work and educating advocacy, really talking about the truth on human life, human development, making sure women who have an unplanned or untimed pregnancy are connected with all the resources that are in our community and growing more resources.” Wuchner said she will also continue speaking with legislators to work on the laws and provisions in Kentucky.

“An untimely pregnancy is not what it was in 1968 or 1973 or even 1980,” she said. “There are more resources today. A child is not a barrier to a woman's future, I think many of us can testify to that, and are living testimonies and witnesses, and making sure that women know they have options to be a parent or choose adoption, you know, if it's not the right time in their life to make and help them through their agencies to help them through finding that loving alternative, whether it's an open adoption or closed adoption for their sons or daughters.”

Wuchner said about 4,000 abortions took place in Kentucky in 2021, and many of them were chemical abortions, which the Cleveland Clinic describes as taking two different medicines, usually within a 48-hour period, to end a pregnancy.

“There are many abortions that we don't know about because the women have gone out of state or ordered an abortion kit through the mail,” Wuchner said. “We're going to continue to fight the mail-order kits because that is going to be horrible. A dorm room or a girl’s bedroom is a horrible place to abort a child.”

Since Roe was enacted, Wuchner said there have been nearly 300,000 abortions in Kentucky, not including those that may have gone out of state and not counting chemical and medical abortions not recorded.

“What a wonderful day for life,” he said. “I suspect 63 million babies are looking down from heaven and smiling. Thanks to those who have worked tirelessly to defend life since this egregious decision was made nearly 50 years ago. I'm thrilled to see this abuse of judicial authority corrected in my lifetime – we are now the post-Roe generation.”

Koellner echoed Wuchner by saying Right to Life Louisville’s work is not over.

“Louisville is fortunate to have a robust network of pro-life resources available to assist women and families – both before and after pregnancy,” he said. “It’s more important than ever that all Kentuckians support these pro-life resource centers. Right to Life of Louisville is committed to doing its part.”