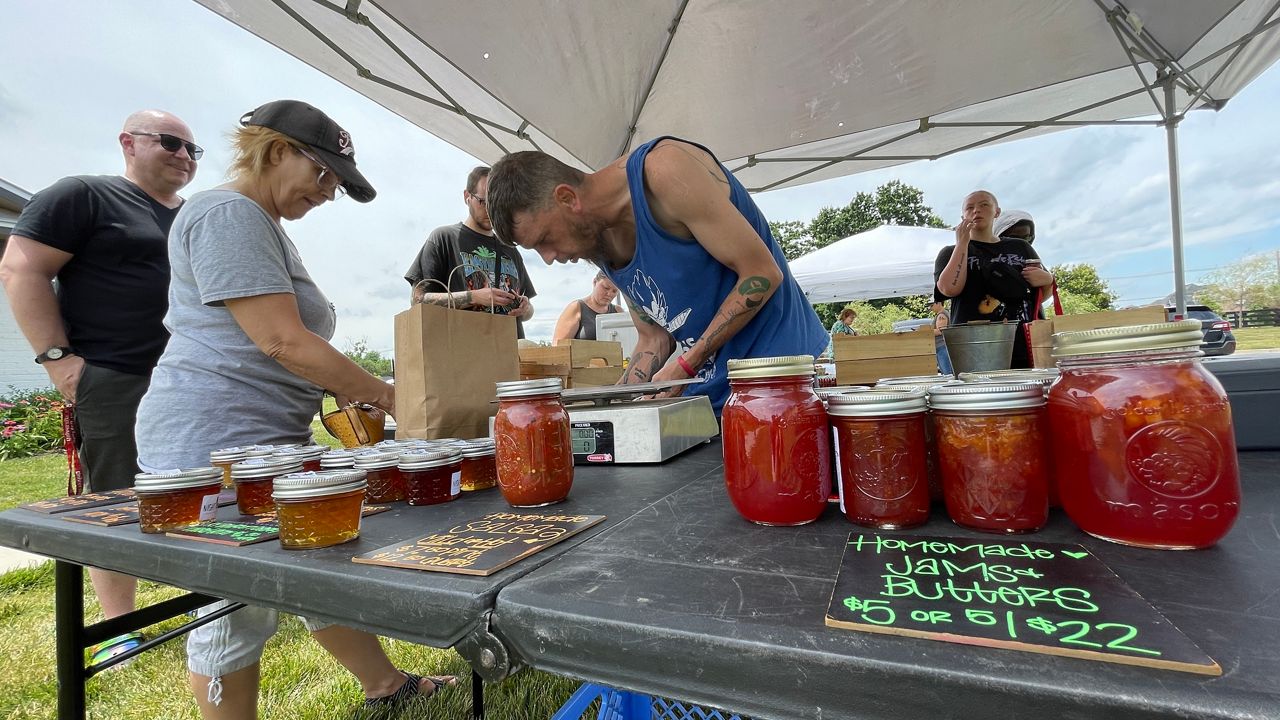 David Burgan said he's had to raise prices on canned goods the most due to inflation. (Spectrum News 1/Mason Brighton)

LOUISVILLE, Ky. — Inflation continues to rise, and so have prices for things like fresh produce. It’s something farmer David Burgan has experienced firsthand.


Burgan, who helps run Night Owl Farms, said in the last year, the prices of raw goods have gone up drastically.

“We are a little bit higher than your normal grocery stores, Burgan said. "We try to stay as competitive as possible." 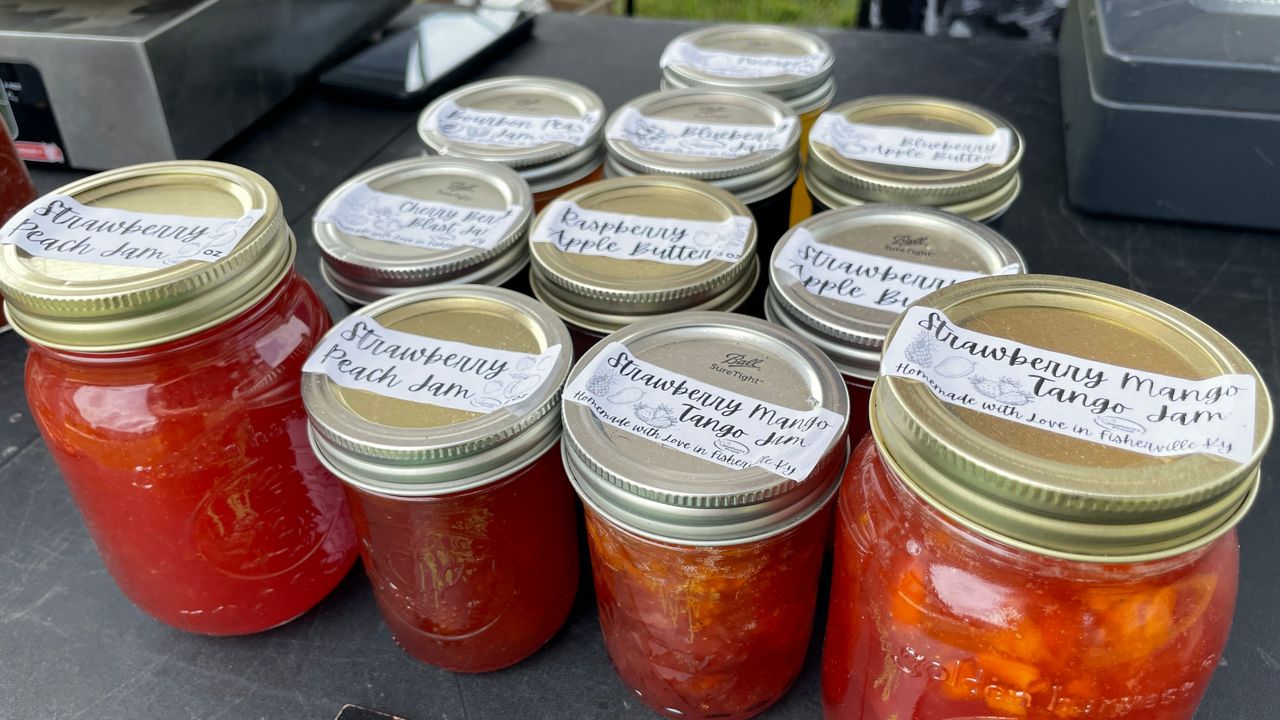 Burgan says the biggest spike in price has been on canned goods as glass jar prices have skyrocketed. (Spectrum News 1/Mason Brighton)

He explained that due to higher production costs, the farm has had to raise prices in order to break even. Burgan said the biggest spike in price has been on canned goods, as glass jar prices have skyrocketed.

When it comes to seeds, Night Owl Farms tries to buy in bulk ahead of time to save money. Other farms however are having to pivot away from what they would normally grow.

“We’ve actually found that it’s harder to find local farmers to set up at the markets because a lot of them have either switched over to doing something like all soy so they can mass sell it, mass-produce it,” Burgan said.

So as prices across the board continue to go up, both farmers and shoppers are looking for ways to save—especially so for people who are food insecure.

To help low-income seniors, the Kentucky Department of Agriculture is expanding its Seniors Farmers’ Market Nutrition Program. Beginning in July, eligible seniors will receive $48 to spend at farmers' markets on Kentucky-grown produce. This year participants will use a program voucher card or phone app to purchase goods.

Similar programs are also available for people on federal nutrition assistance benefits like SNAP or WIC like Kentucky Double Dollars.

These programs both ensure equitable access to fresh and healthy food and support Kentucky farmers.