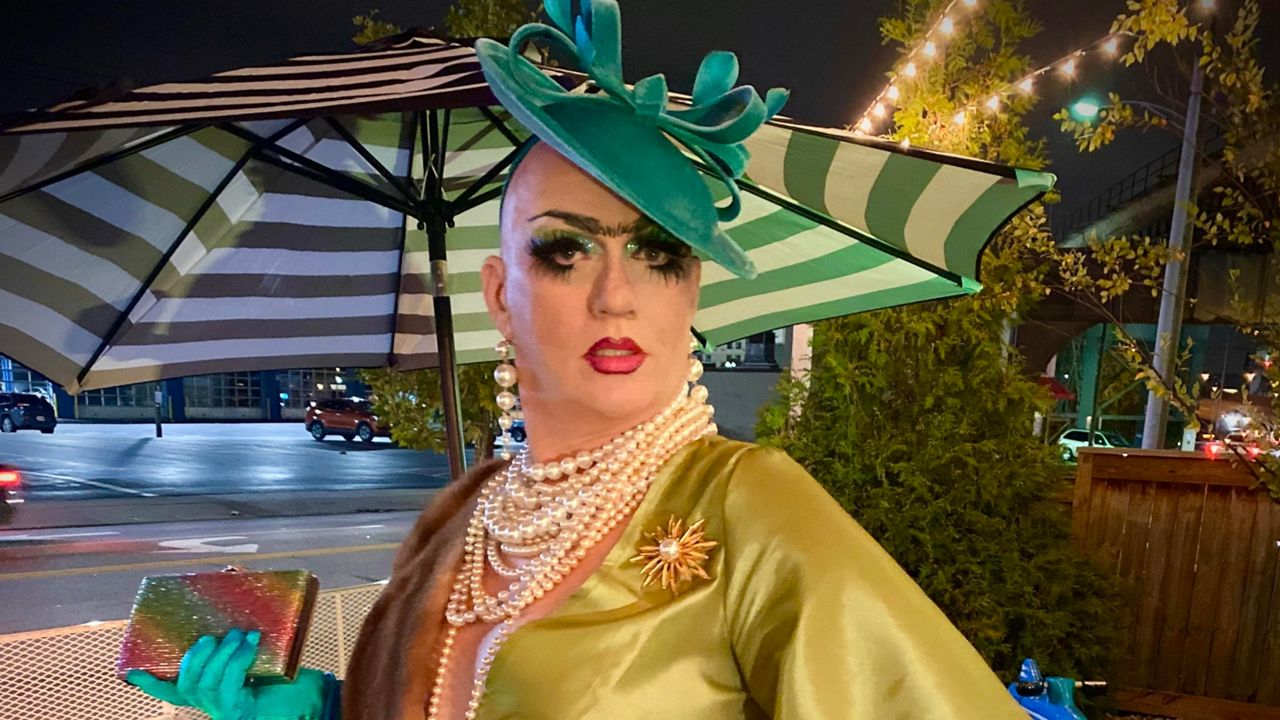 FORT THOMAS, Ky. — A drag event scheduled to take place in one northern Kentucky city has been canceled. While the event was planned to be a part of a series of health and wellness events, the city officials said it does not fall appropriately under its event policy.

One person directly affected is Ron Padgett, who occasionally prefers to go by Phyllis Stein when he’s dressed in drag.

“I’m absolutely amazed at how upset people can get at a man in a dress telling jokes,” he said.


Padgett has been performing in drag around northern Kentucky for many years, usually as a host or emcee as of late. He was invited to emcee “drag bingo” in Fort Thomas on Wednesday, June 29. 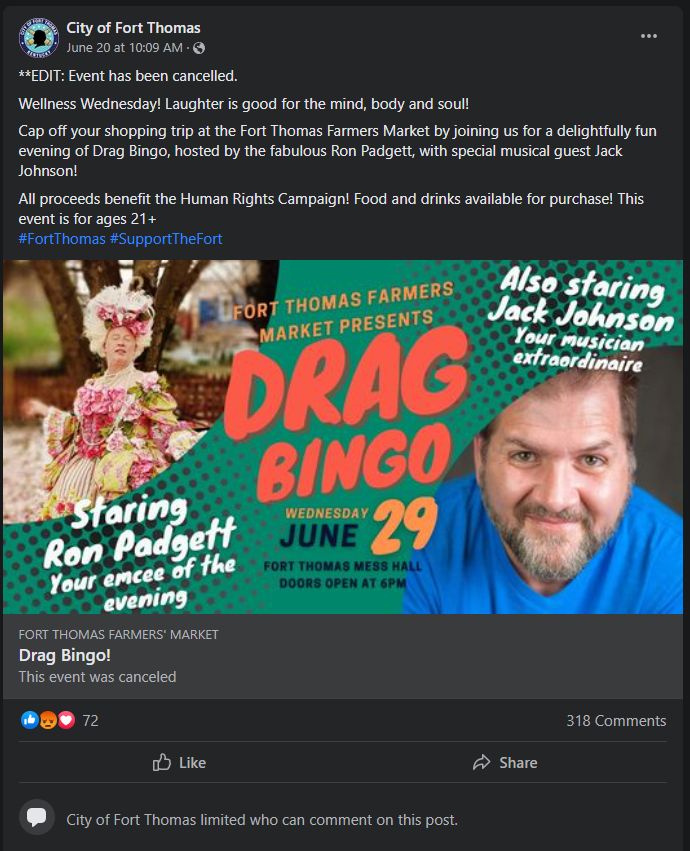 Padgett said he believes some of the negative comments and concerns people posted in that time frame in response to the city’s post played a part in the cancellation.

He said he’s particularly disappointed to see the event canceled during Pride Month.

The event was planned to be part of the city’s series of health and wellness events at the farmers’ market. It was going to take place in Fort Thomas’ Mess Hall.

“Bingo was canceled because it does not fall appropriately under our health and wellness event policy, as it is entertainment based. We deeply regret any inconvenience this may have caused.”

Padgett said he disagrees with that idea that drag bingo can’t fit into health and wellness.

“It makes total sense to me. Laughter is the best medicine,” he said. “There’s all kinds of studies that are done about laughter and what it means for your health, and your wellness.”

However, Padgett also doesn’t believe the city is making any kind of negative statement about drag.

“I don’t blame the city. I’m not mad at the city, because I think there was some confusion behind the scenes, and maybe some miscommunication,” he said.

Many people posted comments showing contempt and confusion about the cancellation of the drag bingo, showing their support of the idea.

Jason Trautz, who works at the Wendigo Tea booth at the farmer’s market, was one of those people.

Other people posted comments in support of the city’s decision. One read:

“Why is it so crazy to think a good deal of the general public would be uncomfortable with our small town promoting an event where grown men dance around in women’s clothing? A brief google search turns up some concerning pictures/videos of these events that are very sexual in nature.”

While the drag bingo event planned for Fort Thomas was set to only allow in people ages 21 and over, people who have opposed drag events in public places often make the case the events could expose children to sexual content.

Padgett described drag as exaggerated, clownish, fun and subversive but stood firmly in opposition to the argument that it’s overtly sexual.

“I don’t think any of that’s fair. Because you can’t look at our society at large, and say you don’t want your children sexualized. When you look at advertisements, you look at television, you look at music videos, sex is everywhere,” he said. “I don’t think it’s fair to point your finger at one group of people and say you’re doing more than anybody else to harm our children. That is simply not true.”

He argued, on the contrary, that canceling these types of events can do more harm to children who identify as LGBTQ

“I think it’s very important for young people to have visibility to see the community coming together, to have representation out there, so that they don’t feel quite so alone,” Padgett said. “I think it bothers young people who are not necessarily comfortable with who they are.”

Padgett is also putting more stock into the support he’s seen than the comments agreeing with the event’s cancellation.

He said Fort Thomas is allowing organizers to still rent the building for a private event at a discounted rate, which he said volunteers have offered to pay.

So as of now, drag bingo will go on as scheduled on June 29, it just won’t be a city-sponsored event. Padgett said Phyllis Stein will be there with a new gown.

Trautz said he thinks there will be a great deal of support at the farmers’ market.

“I just don’t think that the people who complained really understand the nuance of what the event was,” he said.

Spectrum News 1 tried calling and emailing Fort Thomas city leaders to get more information for this story, but has not heard back at the publishing of this article.