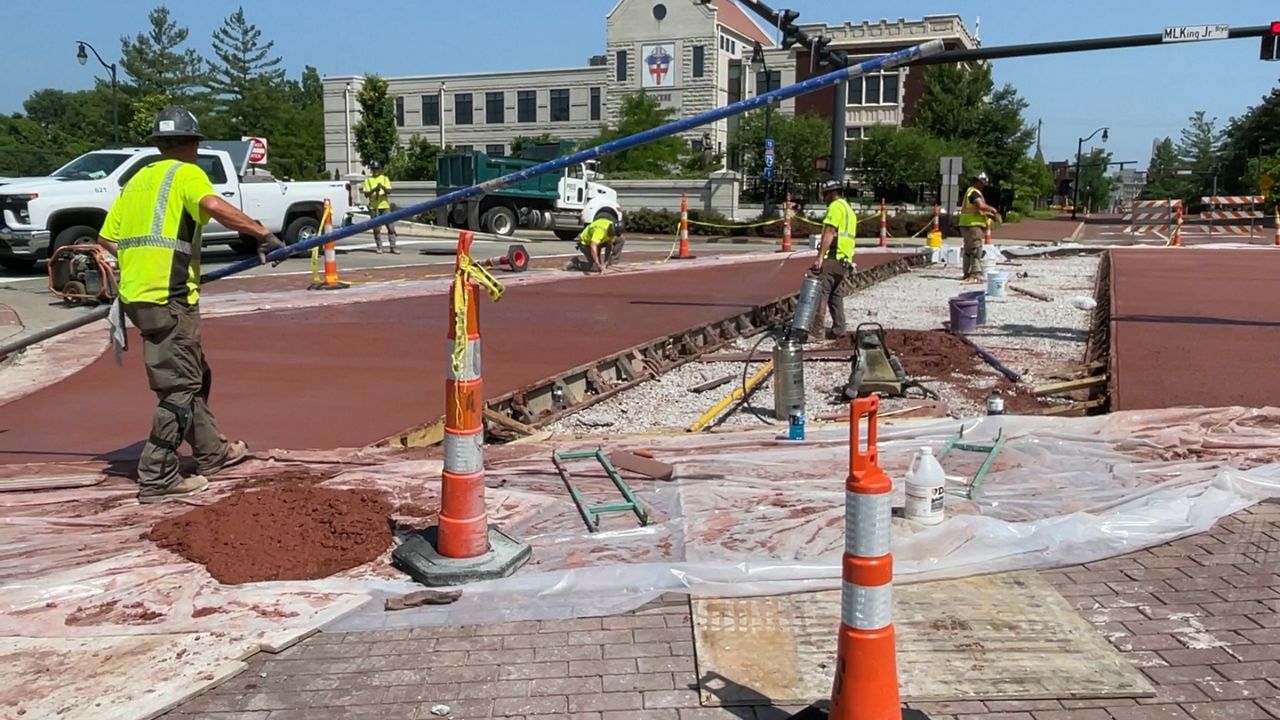 Working through the heat to finish a Covington roadway project

“We gotta get the job done,” he said.

Couch and others make up the crew working on the MLK Jr. Boulevard, Twelfth Street and Madison Avenue intersection project. Roads were closed beginning Monday June 13, 2022 as workers replaced some decorative brick with concrete. City leaders said the bricks removed from the street in this project will be kept for any future fixes in the area.

City officials said the goal is to ensure safety and remove any hazards to drivers. Couch said they could spend 8-9 hours a day working in the heat.

“We usually bring water in the morning. We’ve got coolers of Gatorade,” he said.

He said hydration is key to staying healthy and getting the job done. According to Couch, workers get one break, but they can go find some shade and down something to drink whenever they need to in order to stay cool.

“Me personally, probably ten bottles of water and just try to keep cool. Maybe go get some water and dampen your head. Just try to stay cool,” he said.

Couch said he’s no stranger to hot weather on the job and knows the following week could have him working on projects in the heat as well.