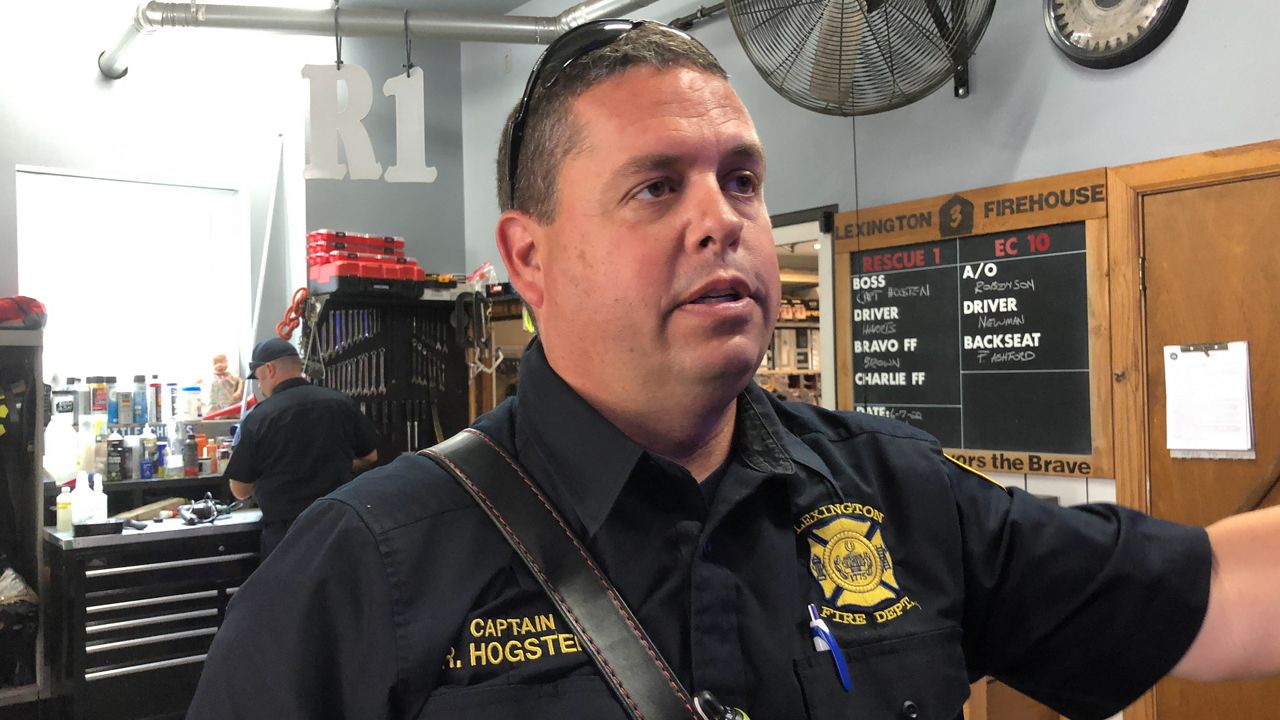 
Captain Ryan Hogsten with the Lexington Fire Department carries with him a 100-year legacy.

Since 1993, Hogsten followed in his grandfather's and great-grandfather’s footsteps as he began his firefighting career.

“Having a family service that’s done this for a while, made promises, like I said to my grandfather, that we’d get the 100 years,” Hogsten said. “I wish he was alive to be able to see it. I know he’d be happy to see it.”

At his home in Georgetown, he shows off his legacy.

“My great grandfather died before I got the meet him,” Hogsten said. “But he was a fireman for 36 years. My grandfather was a firefighter for 42 years. And I am now working on my 29th year in the fire department.”

His great-grandfather Leonard Hogsten started in the Ashland Fire Department and grandfather James C. Hogsten continued back in 1951, eventually becoming a chief. 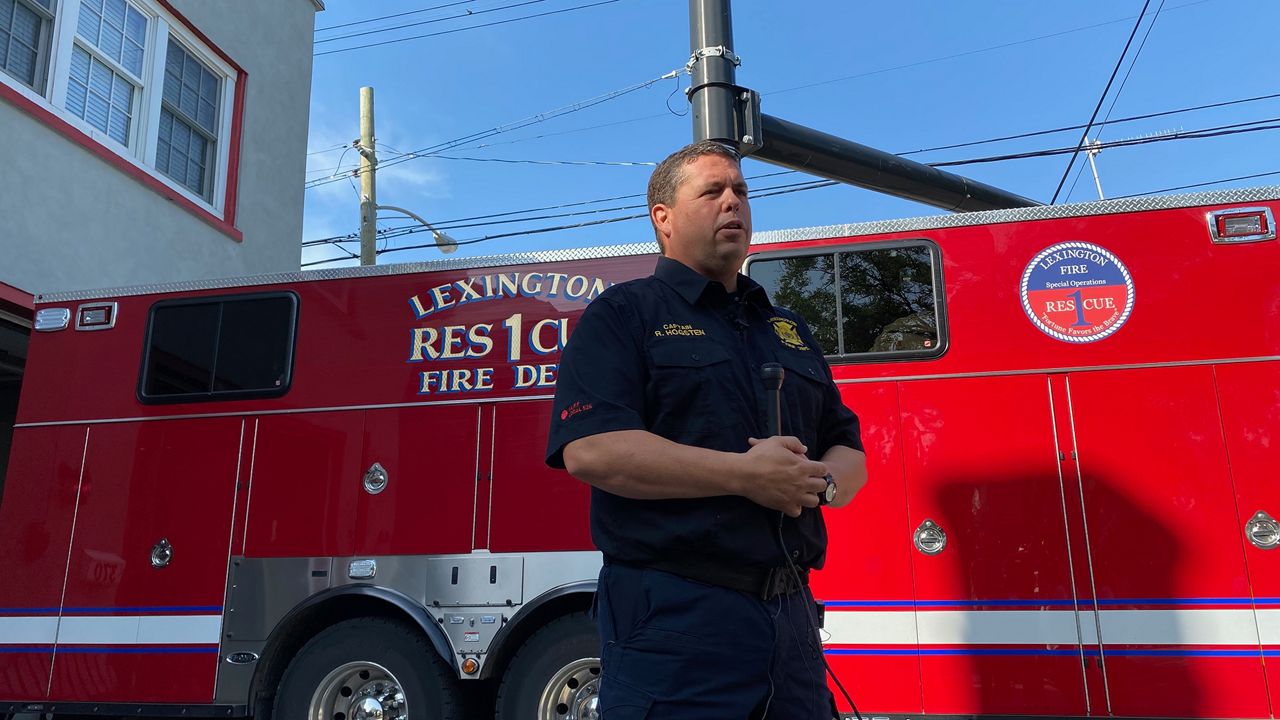 Captain Ryan Hogsten in July 2021 after he returned from helping in the condo collapse in Florida. (Spectrum News 1/Diamond Palmer)

Before Hogsten’s grandfather passed away, he made one request: a promise that the family would get to 100 years of service.

“He sort of made me promise that I would, that we’d get the 100-year mark,” Hogsten said. “Unfortunately, he wasn’t alive to witness it. But we want to hit the 100 year mark and in 2016 I had an injury that took me off the job for quite a while and that was the drive that brought me back to get the 100 years.”

The firefighter has been a captain with the Lexington fire department for 12 years. He said there are extended family members who’ve also served in the Kentucky Fire Service.