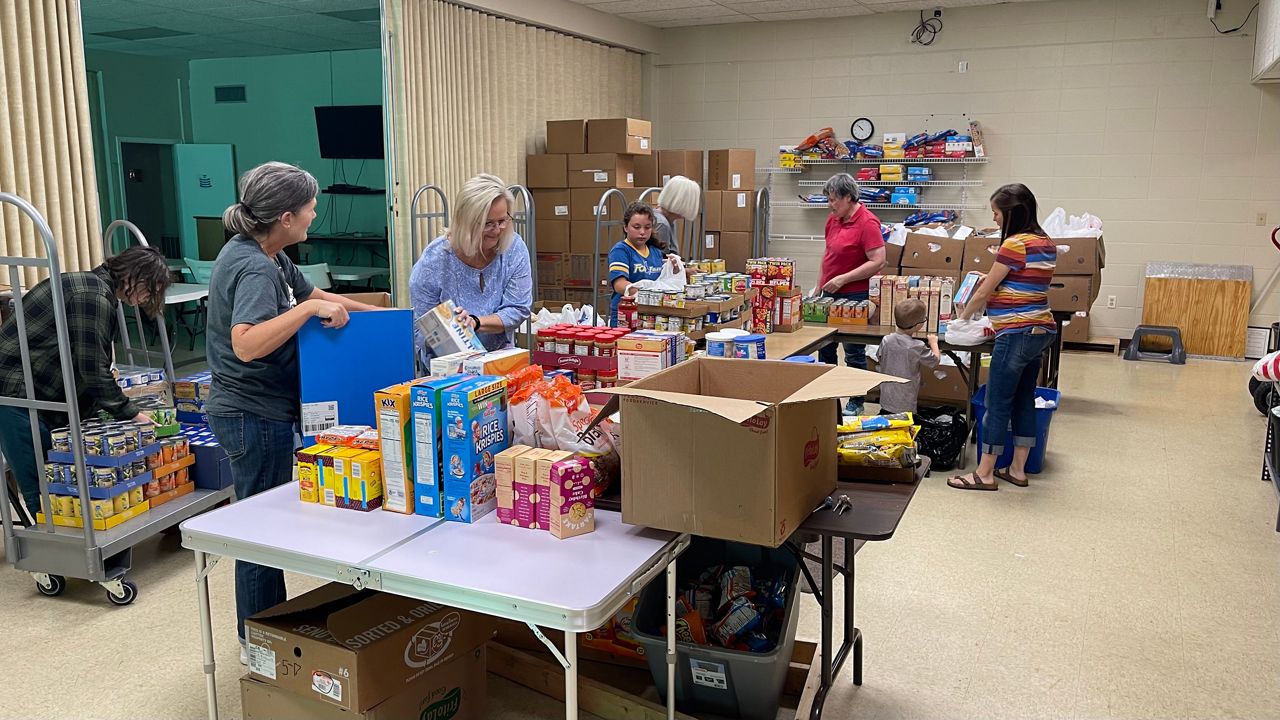 BOWLING GREEN, Ky. — As food prices continue surging across the board, more and more Kentucky families are seeking help to put food on the table.


Surging inflation is contributing to a higher demand for Richard Hackworth to feed families in his community. Hackworth said the demand at Greenwood Park Church of Christ’s food pantry is outweighing the supply.

“They cannot afford their rent, their utilities, their medicines, and food all together in a month,” Hackworth said.

The 70-year-old said inflation is what’s driving more people to their doors.

“When inflation goes up, their pay doesn’t go up. So, they’re really struggling to meet in between there,” Hackworth said.

Before the start of the pandemic, the food pantry saw a year over year decline in food insecurity. It’s now gone from serving around 50 families a month to around 600.

Organizers noted it is continuing to help several families affected by the December 2021 tornadoes that hit Western Kentucky.

“This is a real need in our community and so that’s why we’re active about running this pantry,” said Hackworth.

Food pantry leaders say they are also challenged with a spike in food costs.

“Our bill of groceries used to be probably $30 a box valued at. Now, with our meat products, we’re valued almost at $100 a box,” Hackworth explained.

The surge in prices has hurt certain populations more than others, according to Hackworth.

“One of our biggest problems is our older generation,” he said. “They’ll give up their food before they give up paying their bills.”

Visiting the food pantry is simply a routine for Terah Parker and her family of seven.

“I’m not kidding you. I mean, it gets down to the cupboards where you’re pulling and you’re being really creative,” explains Parker.

Prices are climbing out of reach for the 37-year-old stay at home mom. Parker recently had her food stamps slashed from $1,200 to $600 dollars after Kentucky scaled back its food stamp assistance.

“I’m super stressed out financially as it is because of everything. It’s hard—you cut back, you don’t buy, you try to make everything last,” said Parker.

Regardless of the challenges, Hackworth said he and the other volunteers will continue their work helping families get by.

“We don’t know their circumstances, so we just try to talk to them and meet needs as we can,” said Hackworth.

According to the U.S. Department of Agriculture, food prices are expected to rise by 3-4% by the end of the year.

Greenwood Park Church of Christ’s food pantry is always accepting donations from the community. Hackworth said you can either give monetary donations or food donations.