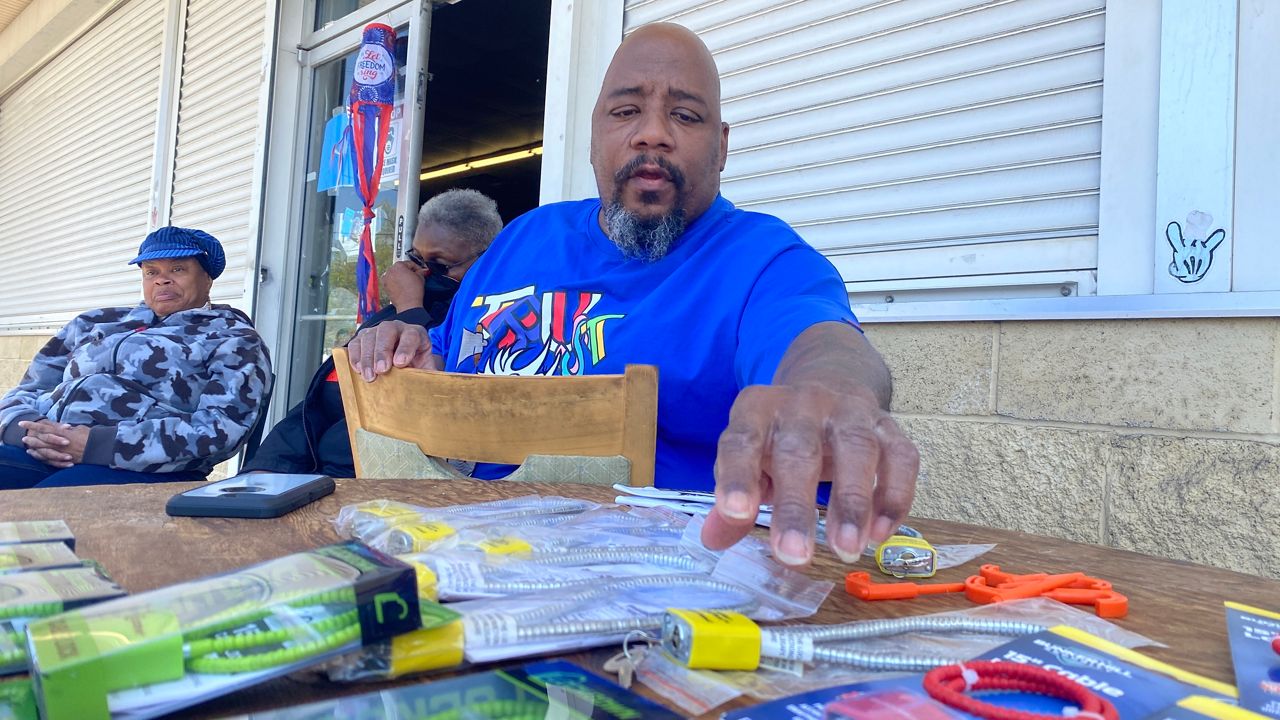 Grandmaster Khalid owns and operates a dojo in Louisville's West End where he offers low cost martial arts training to both children as young as 2 years old and to adults. (Spectrum News 1/Ashley N. Brown)

By Ashley N. Brown Kentucky
SHARE
LOUISVILLE, Ky. — A two-year-old is recovering after shooting himself last week in Louisville. In response to the shooting, a martial arts grandmaster is spreading awareness about firearm safety.

Raheem believes it’s firearm owners’ responsibility to keep their weapons secure. To help, he held a gun lock and rifle plug giveaway at his dojo.

Raheem partnered with David Goad, the CEO of Golem Security Services, who teaches firearm awareness to kids at the dojo.

He also teaches firearm owners how to secure their weapons.

“Main ones, make sure you don’t have a round in the chamber, make sure the mag is completely out, make sure everything’s cleared, then simply just run the lock through. It’s very, very simple, very, very easy,” said Goad while explaining how gun locks work.

Goad said the locks make firearms unusable and keeping magazines in a separate place adds another layer of security. It all takes just a few seconds.

“To keep children especially and those that are uneducated with firearms safe, second can mean lives, it truly can,” Goad said.

The giveaway also served to honor the life of someone special.

Moody was Raheem’s 15-year-old grandson. Two years ago, he lost him to gun violence.

“Every time I think about a child being killed it just takes something out of me,” Raheem said. “I think about that and it rips my heart out of my chest again.”

Raheem promises to never give up in the fight to keep kids safe.

The gun locks and rifle plugs were donated by Goad and Louisville Mayoral Candidate Anthony Oxendine.