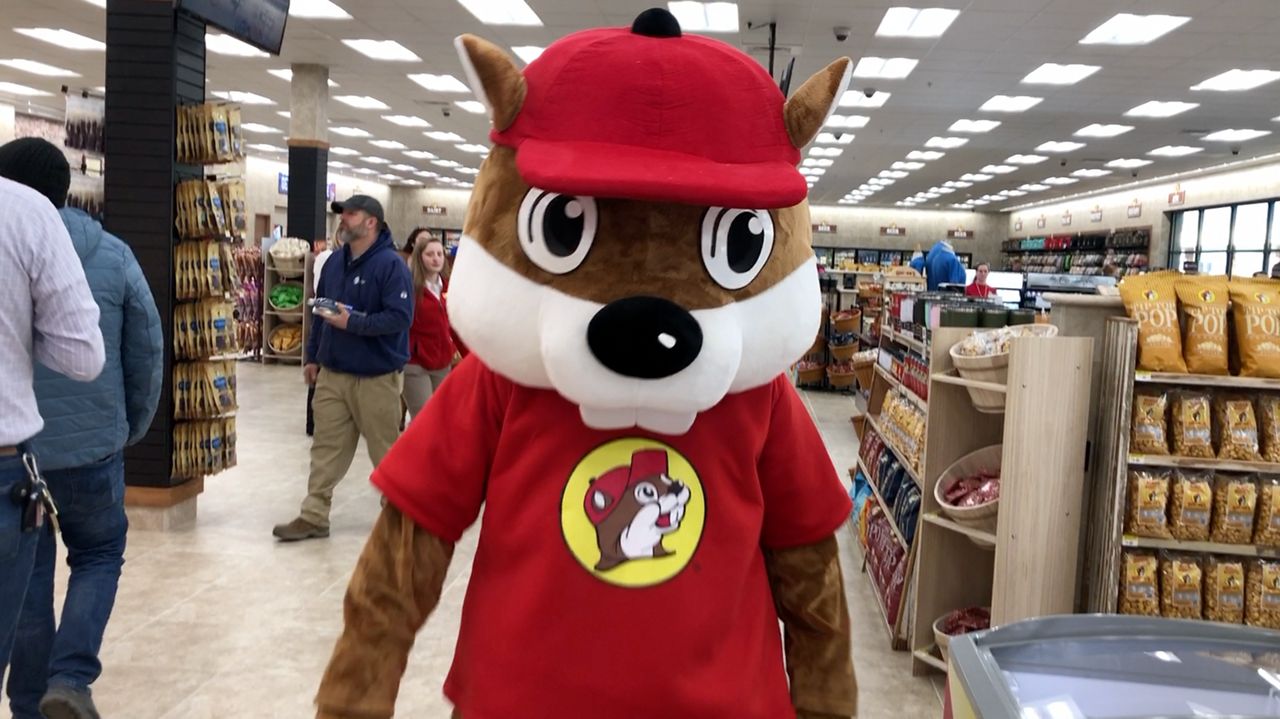 Buc-ee’s beaver logo was inspired by the company’s co-founder and CEO Arch Alpin III, who was nicknamed beaver as a child. (Spectrum News 1/Eileen Street)

RICHMOND, Ky. — Kentucky welcomed its first Buc-ee’s Tuesday with a ribbon-cutting ceremony to make it official. The Texas-founded-and-sized travel center is known for its huge convenience stores, many gas pumps, and award-winning bathrooms and brisket.

Located off of I-75 at Duncannon Lane, the Richmond location boasts 120 gas pumps, along with one of its iconic convenience stores full of all the goodies, from brisket to Buc-ee’s branded merchandise.

With brisket in the air, Blythe and Buc-ee’s Director of Bar-B-Que a.k.a pit master Randy Pauly greeted potential customers when they walked into the 53,000 square foot convenience store.

One of Buc-ee’s fans at the grand opening was Griffin O’Leary, who donned a Buc-ee’s branded beaver onesie. Buc-ee’s beloved mascot and logo is of a cartoon-looking beaver. 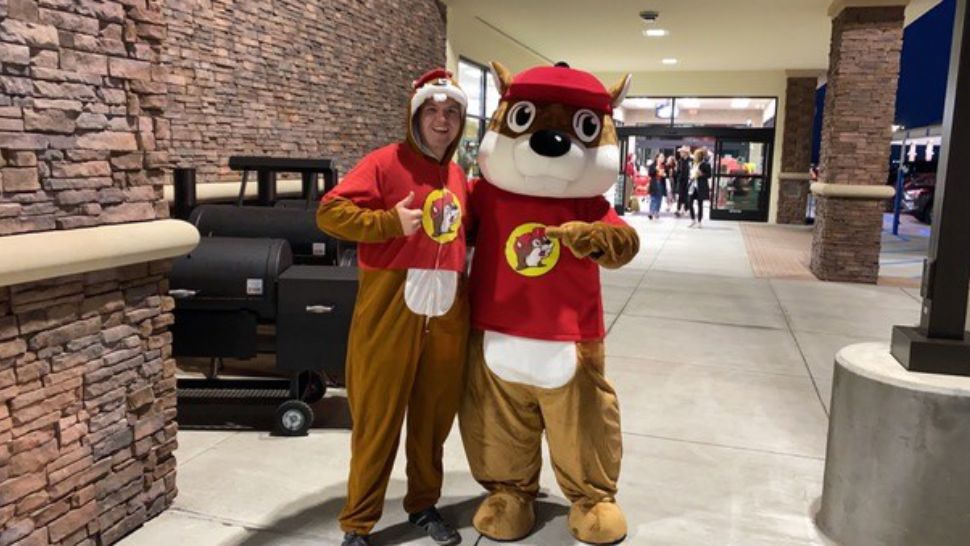 Griffin O’Leary poses proudly in a Buc-ee’s onesie along with the company’s infamous mascot outside the Buc-ee’s in Fort Valley, Ga. (Kerri Bates)

“It’s an experience, really. Different than any other gas station or convenience store,” O’Leary responded, after Spectrum News 1 asked the college student why he loves Buc-ee’s so much.

It wasn’t O’Leary and his girlfriend, Kerri Bates’ first rodeo at Buc-ee’s.

“We’ve been to one in Georgia; I believe one in Florida,” O’Leary said.

“Every time we go on a road trip, every time we go to Florida, we plan to stop and go to a Buc-ee’s on our way, and we kind of plan our route around that because we have seen two in Florida,” Bates added.

They told Spectrum News 1 their next road trip will be to Texas within the next year.

“We want to stop at Buc-ee’s in Texas, which is where it started. So I think it would be kind of a cool thing to see the stores that are there,” Bates said.

“Yea, I definitely want to go to the one with the longest car wash, if possible,” O’Leary added.

The company’s co-founder and CEO Arch Alpin III, who was nicknamed “Beaver” as a child, inspired Buc-ee’s beaver logo.

At the ribbon cutting ceremony, the beaver man himself praised Madison County for being so business friendly.

“Everyone here just blew us away with the hospitality, business-friendly. I’m telling’ ya, it took, from the day we submitted the plans, it took 13 days to get our permit. I don’t even know how to explain to y’all, what that’s like in the business world,” Alpin said during the ribbon cutting ceremony. 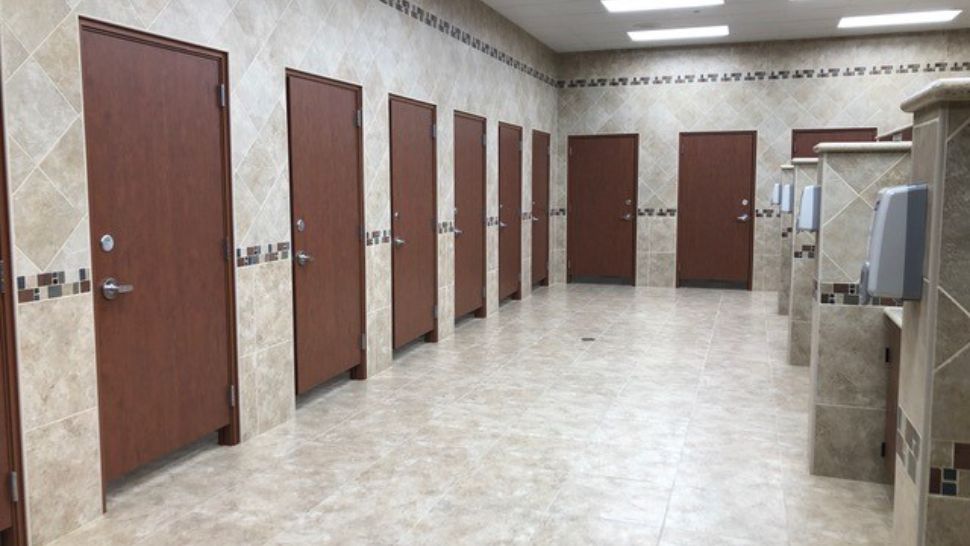 Buc-ee’s prides itself on keeping its bathrooms pristine. It’s one Buc-ee's selling points as to what makes the convenience store worth a road trip stop. (Spectrum News 1 /Eileen Street)

As much as Griffin loves Buc-ee’s the business management major says he has his eye on the skies, with plans to be a pilot in the Air Force.

He added, “Just the sheer size of the store and the fact you can get brisket next to beef jerky at 6 in the morning is an experience unlike anything, really.”

A Buc-ee’s spokesperson said a second Buc-ee’s in Kentucky will break ground next month in Smiths Grove, in Bowling Green.