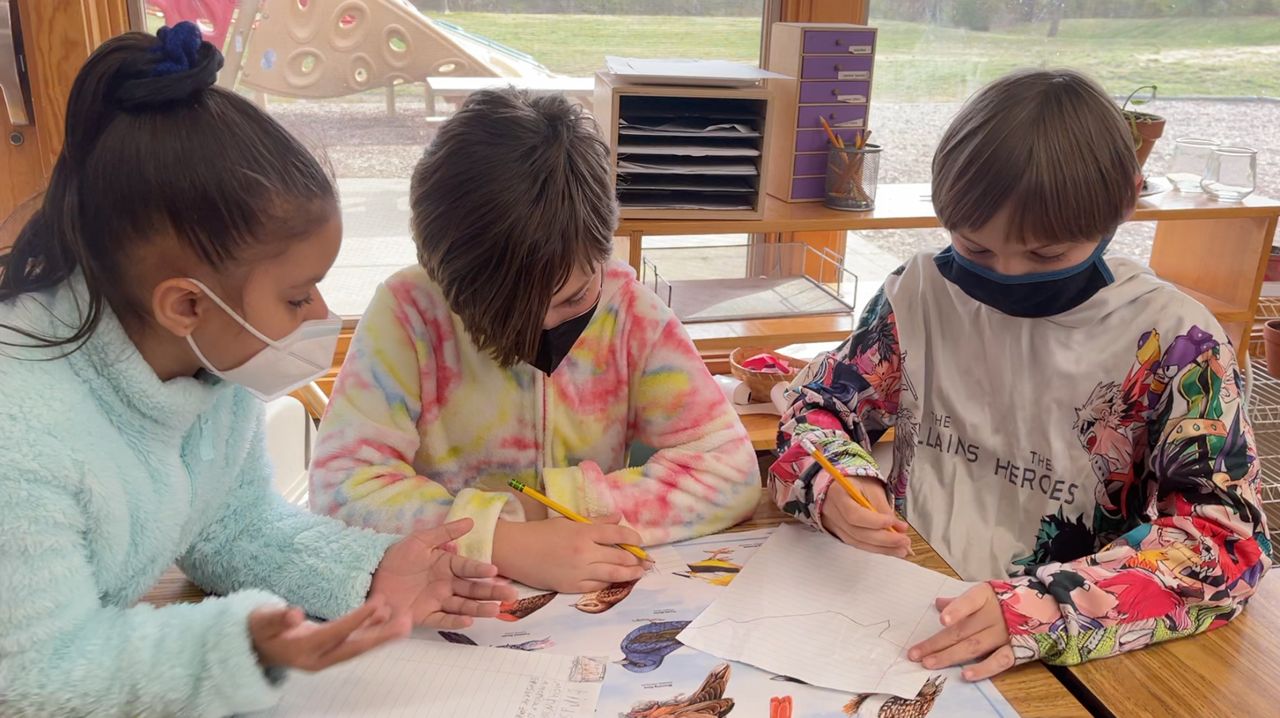 
While charter schools have been legal in Kentucky for five years, there aren't any in operation here as there was not a clear funding mechanism until now. State lawmakers passed HB9 on March 29, but Gov. Beshear vetoed the bill on April 7.

Under HB9, taxpayer money would follow the child if they leave their school district to go to charter school.

That's what Gov. Beshear said he was concerned about, which is why he vetoed the bill.

HB9 also includes a pilot program, which requires authorization of a charter school in both Louisville and Northern Kentucky by 2023.

The National Alliance for Public Charter Schools defines charter school as unique public schools that are allowed the freedom to be more innovative while being held accountable for advancing student achievement. Since they are public schools, they have to meet the following three criteria:

One of the difference is obvious from the start. There are no walls and doors on classrooms. It's all an open concept. In fact, they don't even call them doors. Instead, they prefer to call the open-concept rooms studios.

“The focus is about them thinking about things they need to practice instead of teachers telling them what they need to do," said Fondren.

Shadowing teacher Kyle Herman, things look different than a traditional classroom. He doesn't stand up at the front of the room leading a lesson. Instead students work independently on a variety of topics, and he is there to meet one-on-one and offer support when needed.

“What they are learning is how to manage their own time, how to prioritize for themselves, how to take education into their own hands, how to make meaning out of their education and not just do it for the sake of earning a credit," said Herman.

Fondren had a background in traditional education, but became intrigued by the Montessori method, as it was a learning model she wanted for her kids. She started Community Montessori in the late 90s. For the first three years it was tuition-based as there was no other way to fund it.

Fondren said the typical Montessori school costs between $12,000-15,000 in tuition per year. She didn't love the idea of charging tuition, as she wants it to be accessible to students of all backgrounds.

She started advocating for charter schools in Indiana before it passed there in 2001. She knew then she needed to have a conversation with families who were enrolled in Community Montessori about the possibility of applying for a charter.

“The top of the pros list was tuition-free and families were just feeling like they had freedom, that this was something now that was attainable to anyone in the community," said Fondren.

The potential con for some is that charter schools have to abide by state standards for accountability. That comes along with standardized testing, which isn't typically included in the Montessori method.

"Standardized test scores was a hard process for us as a Montessori school. In our partnership with Ball State we were able to balance those things and not make it what we are. It’s just something that we do,” said Fondren.

Fondren has grown to see the Montessori method as a way of life. Not only did her kids graduate from here, but she has grandkids attending now too.

There are all different kinds of unique learning models in charter schools across the country. Montessori is just one example of how they can differ from traditional public schools.

As for effectiveness, a Stanford University study found charter schools can be beneficial for certain students. The study determined the typical student in urban area charter schools receive the equivalent of 40 additional days of learning in growth in math, and 28 in reading.

HB9 includes a pilot program component, which requires authorization of a charter school in both Louisville and Northern Kentucky by 2023.

Some groups have threatened to sue over this legislation, so there is potential for hold-ups amid possible legal challenges.