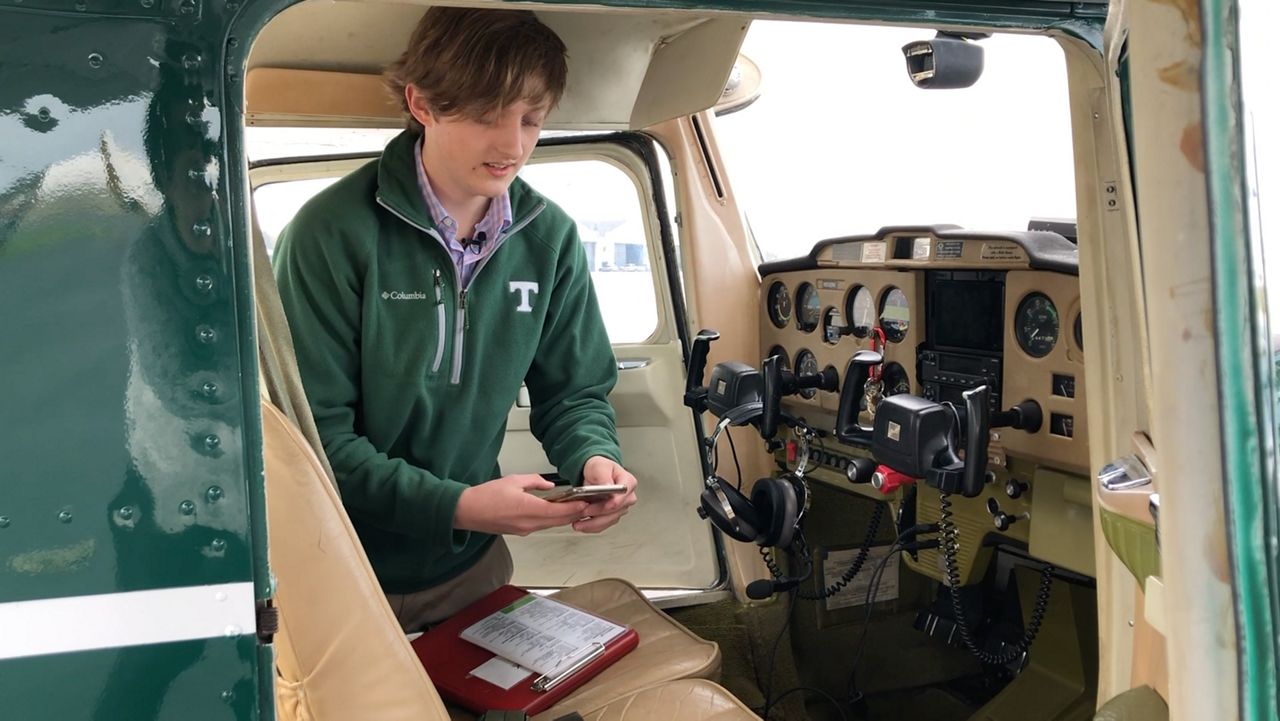 16-year-old Grayson Roberts prepares for a solo flight as part of his required hours to obtain his private pilot's license. He said he wouldn't have been able to rack up flying hours so quickly if he weren't a member of the youth aviation non-profit, Flight Club 502. (Spectrum News 1/Eileen Street)

LOUISVILLE, Ky. — With more pilots retiring, airline and commercial pilot employment is projected to grow 13% over the next decade. Plus, there is still a pilot shortage. However, Flight Club 502 in Louisville is helping put a dent in those numbers by training the next generation of aviation professionals.

Grayson Roberts has had his eye on the sky since he was 11 years old.

“And then I started actually taking it seriously when I was 12, starting with gliders,” Roberts said.

“I know some places they focus more on the older kids, but, Flight Club, they actually care about everyone. They want everyone to have the same equal opportunity,” he explained.

The youth-focused club at Louisville’s Bowman Field has 310 members, aged 8 to 20 years old, who also own and operate the organization with adult supervision.

A handful of students started the nonprofit in 2015. Annabelle Klein was Flight Club 502’s first president.

“I’ve been flying since I was 14 years old, and a bunch of my friends in school didn’t have a resource to go fly. So we thought starting a nonprofit would be a great way to help expose aviation to kids who wanted to fly, but [who] didn’t have the means or the connections to do so,” Klein explained.

Originally girls only, the aviation club is now co-ed. Klein, now 24 years old, sits on the board because she’s still committed to inspiring the next generation of aviation enthusiasts like Roberts.

“That was his second solo flight. He’s 16 and to be a part of his journey, and to touch somebody like that, I mean he could go off and be a UPS pilot. You never know. It’s just changing kids lives,” she said with tears in her eyes.

Roberts told Spectrum News 1 he is less than 10 hours away from getting his private pilot’s license, which he’ll be eligible for once he turns 17 at the end of this year.

Klein said the next Flight Club may be established in Danville, Ky., given talks are already underway.

Flight Club 502 changes its members’ lives because the nonprofit shows youth that when it comes to their future, the sky’s the limit.