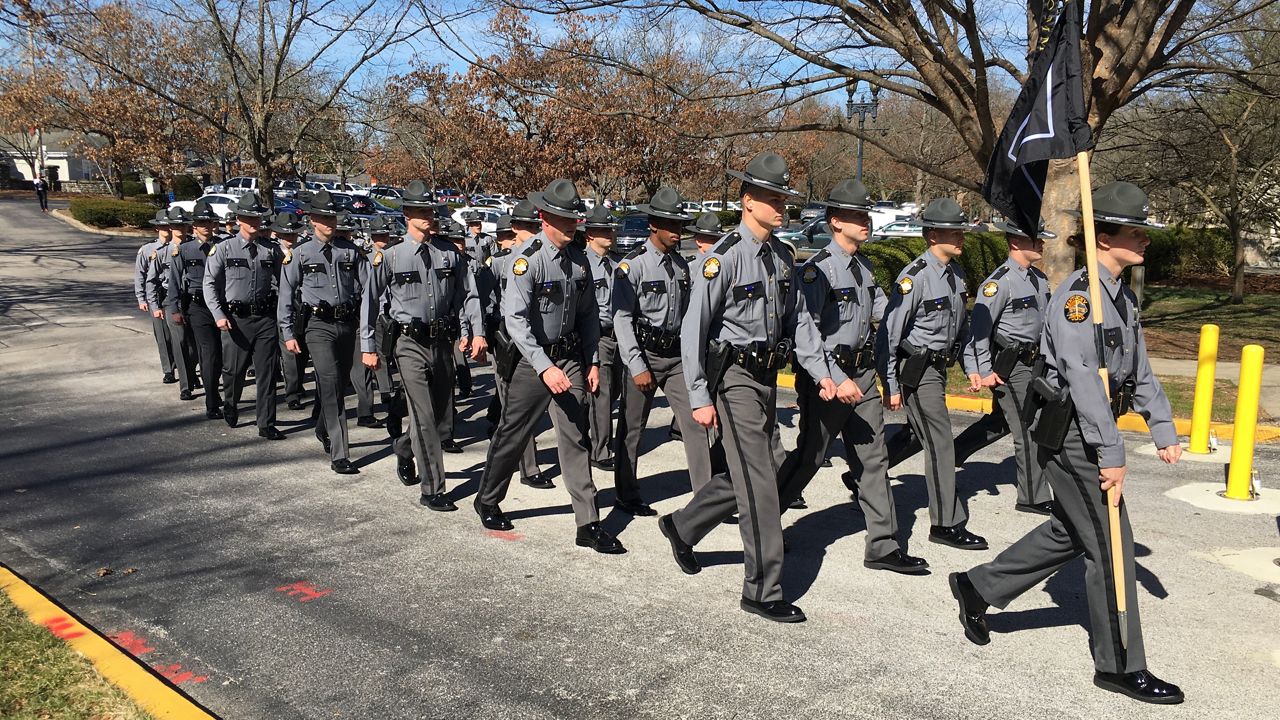 KSP troopers provide crucial services to the entire state but the agency is short staffed: Kentucky only has 856 full-time sworn troopers and officers, which is 150 short of what they need, according to the governor’s office.

Beshear said their dedication to the job is second-to-none.

“I want to make sure that they don’t ever have to choose between their dedication to public safety and providing for their own families,” he said.

Beshear pitched the idea of giving KSP troopers a raise in his budget, which received overwhelming support among lawmakers.

“We all know the troopers don’t get paid enough for what they put up with,” Sen. Mike Nemes (R-Shepherdsville) said.

“This makes me sleep a little easier at night, as well as it does with other command staff members,” Burnett said.

And coupled with more money for training and recruitment, including a deliberate effort to recruit more minorities and more people from smaller counties, Beshear said they’ve already noticed a change.

“We are seeing some of the largest and certainly most-diverse classes than we have seen in a while,” he said. “It’s really important. It’s going to help us be safer, and the great part is it’s working not only to bring troopers in, but it’s also cutting down on retirements.”

Last month, a class of cadets graduated that was the largest since 2014, and the governor said he’s expecting an even larger class to train this summer.

“It shows that you don’t have to choose between investing in law enforcement and appropriate accountability,” Beshear said.

The governor also signed a bill Tuesday, Senate Bill 209, that enhances benefits for retired troopers who volunteer to serve again because of staffing shortages.