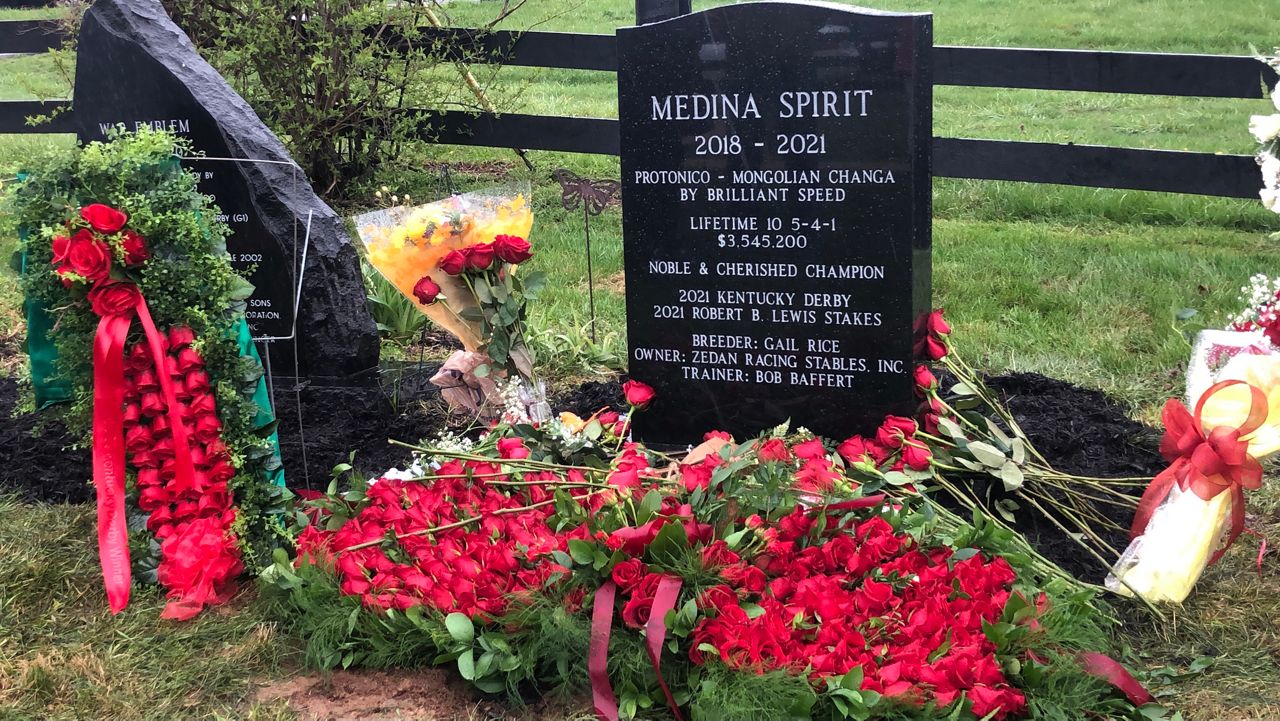 On Tuesday, April 5, 2022, fans of the race horse could pay their respects to the athlete and visit his gravesite.

Rain or shine, Michael Blowen was going to celebrate the life of Medina Spirit.

Blowen, the owner of Old Friends Farm, says he’s honored to have such a talented athlete like Medina Spirit buried on his land.

“It’s a tremendous, tremendous honor, and it’s even hard to describe how, how fulfilling that is to think that we deserve to have a horse like this in our yard is just unbelievable,” Blowen said.

People gathered from all over the nation to pay their respects, including Hall of Fame Jockey, Sandy Hawley.

“It’s unfortunate to die at such a young age. He was a tremendous racehorse. I was a jockey at one time and I’d love to have had the opportunity to ride them,” Hawley said.

Starting off as a groomer and eventually a rider, Hawley says a loss like Medina Spirit is always difficult.

“Oh, you kind of get more of a rapport, when you’re working with the same horses every single day and they become like your pets you know and when something happens to them it’s very emotional,” Hawley said.

An emotional day for a horse that was loved by many.

“I loved this horse, I love the way he ran, I loved the idea that Bob had him, I followed him when he was younger all the way up to the Derby and then I bet him in the Derby and he won,” Hawley said.

And one last round of goodbyes, Blowen and Hawley say Medina Spirit’s legacy and success will continue to live on beyond the grave.

Medina Spirit is buried alongside 92 other horses on Old Friends Farm in Georgetown.