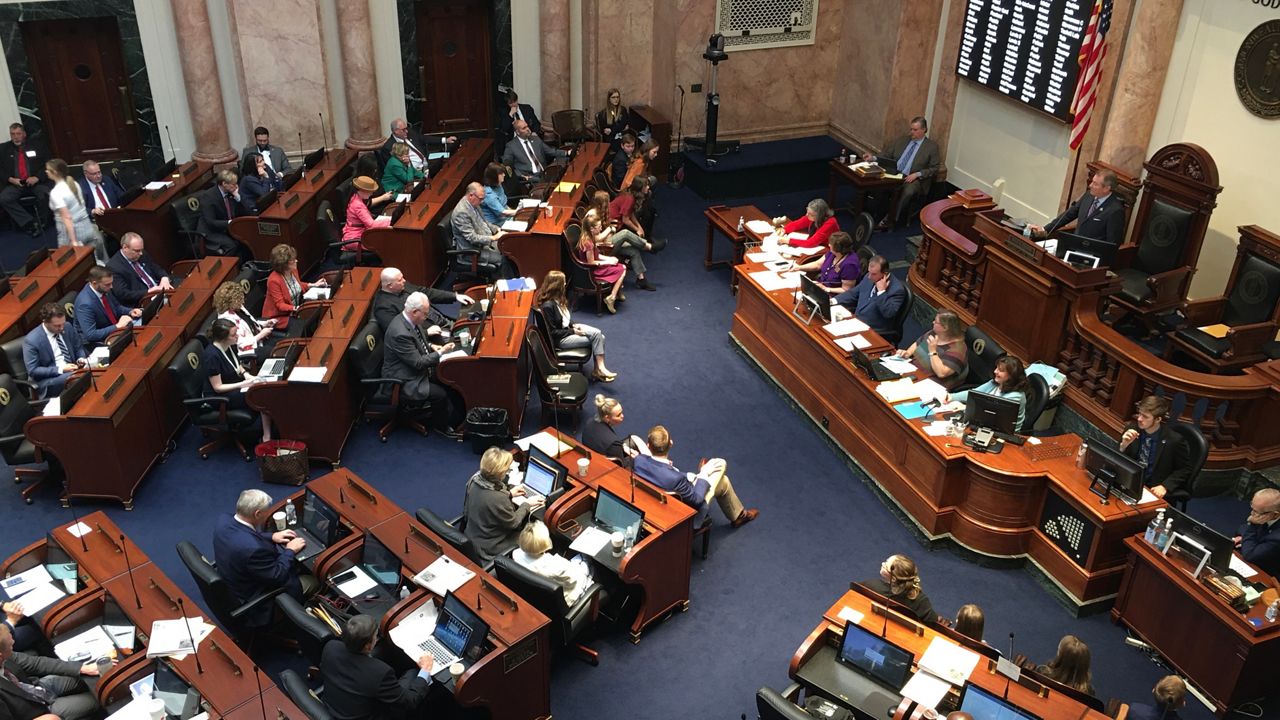 FRANKFORT, Ky. — On the final day of the legislative session before the veto break, Kentucky lawmakers passed a $107 billion budget with nearly unanimous approval.

“Those jobs that come here, come here because we offer good services. We offer good schools,” he said. “We offer competitive tax policy. We offer good infrastructure like broadband, and drinking water, and sewers, all of which are invested here.”

The budget fully funds kindergarten and raises education funding by $100 per student each of the next two years; the current rate is $4,000 per pupil. It also puts extra money into pensions and includes an 8% raise for state employees in the first year and a conditional 12% raise in the second year.

The budget leaves more than a billion dollars unspent, and while Senate Democratic Leader Morgan McGarvey (D-Louisville) voted for it, he says lawmakers could’ve done more.

“With that billion dollars, we could have funded universal pre-K,” McGarvey said. “We could have raised the cost-of-living adjustments for our retirees who powered and worked and helped build this state into what it is. We could have increased the budget in education for all public schools and higher ed.”

“They don’t get paid a whole lot, but they deserve to get paid a reasonable salary,” Sen. Reggie Thomas (D-Lexington) said.

Sen. Damon Thayer (R-Georgetown) had a different take on the budget.

“Just because we have the surplus doesn’t mean we have to spend it all,” he said.

The budget puts money aside for an income tax cut lawmakers passed Tuesday night, and for the state’s rainy day fund.

“Because as we’ve seen over the last two years, we’ve had some rain occurrences: a pandemic, tornadoes, natural disasters,” Thayer said. “It’s good to save for a rainy day.”

And when it comes to raises for teachers, House Budget Committee chairman Rep. Jason Petrie (R-Elkton) said that decision is better left to local school boards.

“We’re pushing money out to make sure that school boards can make those local decisions,” he said.

Gov. Andy Beshear has asked for more investments, too, including raises for teachers. He can veto specific items in the budget, but Republicans have enough votes to override any changes he makes.

More details on the budget can be found here.