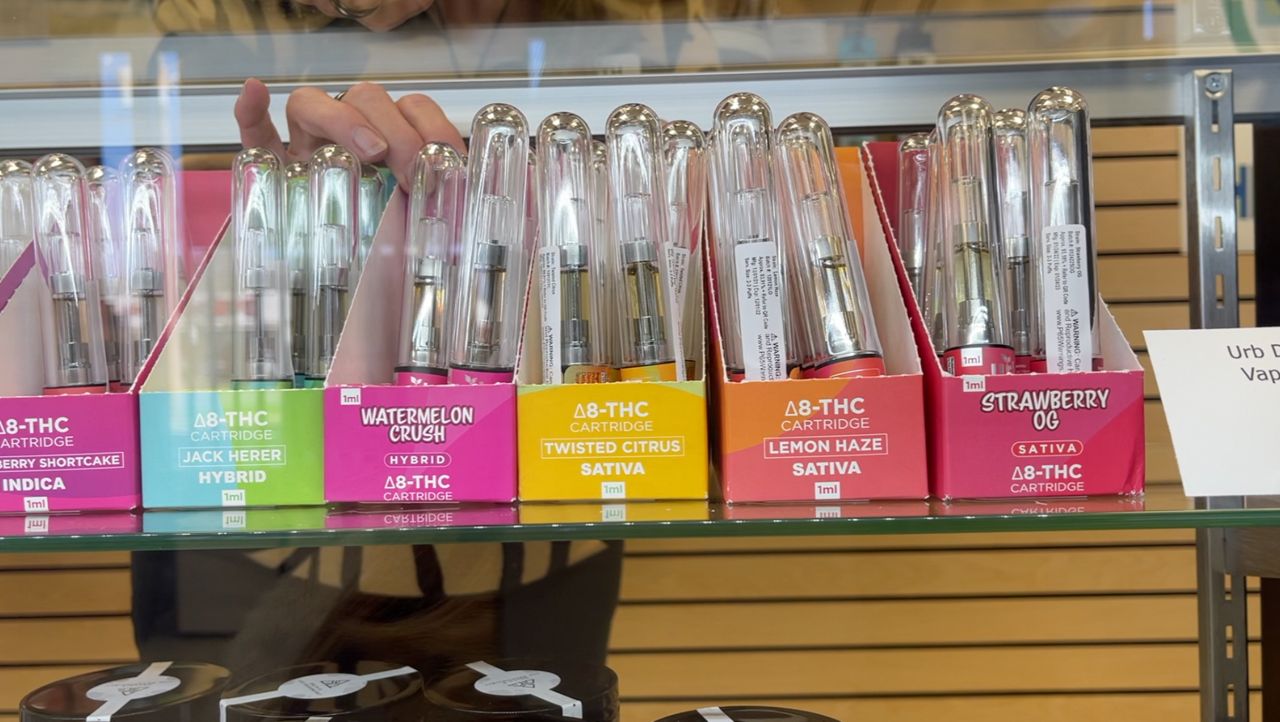 
Delta-8 is somewhat similar to Delta 9 THC, the compound found in marijuana that gets users high. The difference is Delta 8 is hemp-derived, while Delta-9 is derived from marijuana.

Right now, Delta-8 is legal in Kentucky. However, that had been up for debate in a lengthy court battle.

The Kentucky Department of Agriculture had warned growers and processors that distributing Delta-8 THC is illegal, claiming it is considered a controlled substance by the U.S. Food and Drug Administration.

Senate Bill 170 is the latest in the fight to ban Delta-8 THC in the Commonwealth.

502 Hemp and Wellness Center founder and CEO Dee Dee Taylor put out a petition in her Louisville store with the goal of stopping SB 170.

“If SB170 passes, it would be detrimental. I mean, it will completely decimate the entire hemp industry,” said Taylor.

Looking at the petition, customers wrote reasons they use Delta-8 products. Anxiety and sleep help seemed to be the most common answers her customers wrote. Supporters say it can help with other things such as pain relief from cancer treatment, arthritis, migraines, PTSD and more.

“I have cancer patients that prefer Delta-8 over the opiates they are giving them for their pain,” said Taylor.

State Sen. Paul Hornback, R-Shelbyville, sponsored SB 170. Despite leading the effort to legalize hemp in Kentucky, Sen. Hornback said he worries about Delta-8 and wants to take it off the table.

“I’m a farmer. I don’t want production to go down. I want this industry to grow, and it has been growing. But it’s growing in the wrong direction now with a product that is hazardous to the public,” said Sen. Hornback.

Taylor said Delta-8 has been growing in popularity. She worries about the future of her store and others if lawmakers were to pass SB 170.

“I would lose thousands upon thousands of dollars, and I’m not the only retailer in that situation,” said Hornback.

SB 170 passed the Senate in early March. The House has yet to take it up.