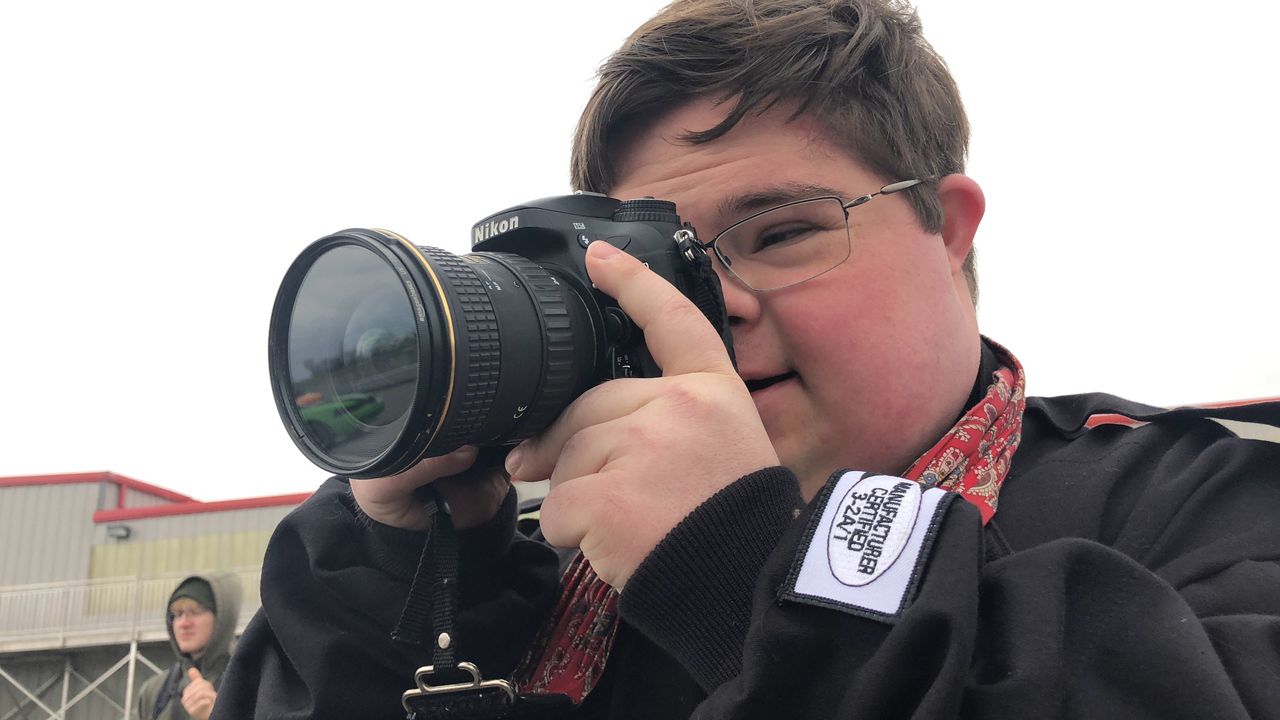 Behind the lens is Houston Vandergriff, a 24-year-old self advocate of those living with down syndrome. (Spectrum News 1/Khyati Patel)

LEXINGTON, Ky. — A Tennessee travel photographer is making his mark in Kentucky.

Houston Vandergriff, 24, is an inspiration for many. He’s a self-advocate of Down Syndrome, living with the genetic condition his whole life. But through the lens, he’s able to express himself.


“I like pictures and cars. Oh, it’s good,” Houston said, while cars zoomed by at a Bowling Green racetrack.

Houston lives with his family in Knoxville. They traveled to Kentucky to race cars with his dad’s crew.

“The track goes here, then we go around and go that way so they start,” Houston said. 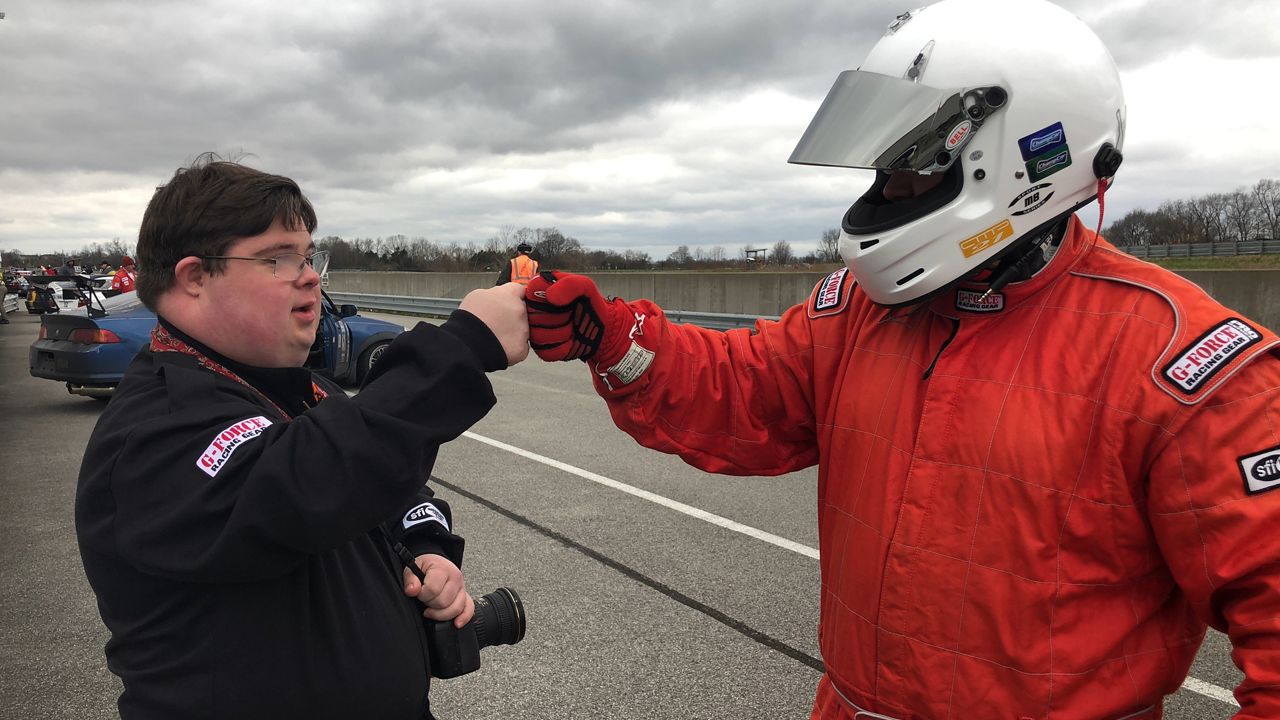 He may not be behind the wheel and may say very few words, but he knows the racetrack.

“I got my best buddy. I got my dad. Dad likes racing a lot,” Houston said.

He bonds with his dad, David, while he takes pictures of the whole crew working on the car.

“Houston is my constant best buddy. He’s with me always and everything we did, and it’s a great, great thing,” David said.

At birth, doctors told Houston’s parents he had Down Syndrome, a genetic chromosomal disorder.

“When he was born, we weren’t exactly sure what we would be doing later in life, but what’s happened is we’ve done everything that we wanted to do,” David said.

Houston’s mom, Katie, encourages him to pursue his love of photography. 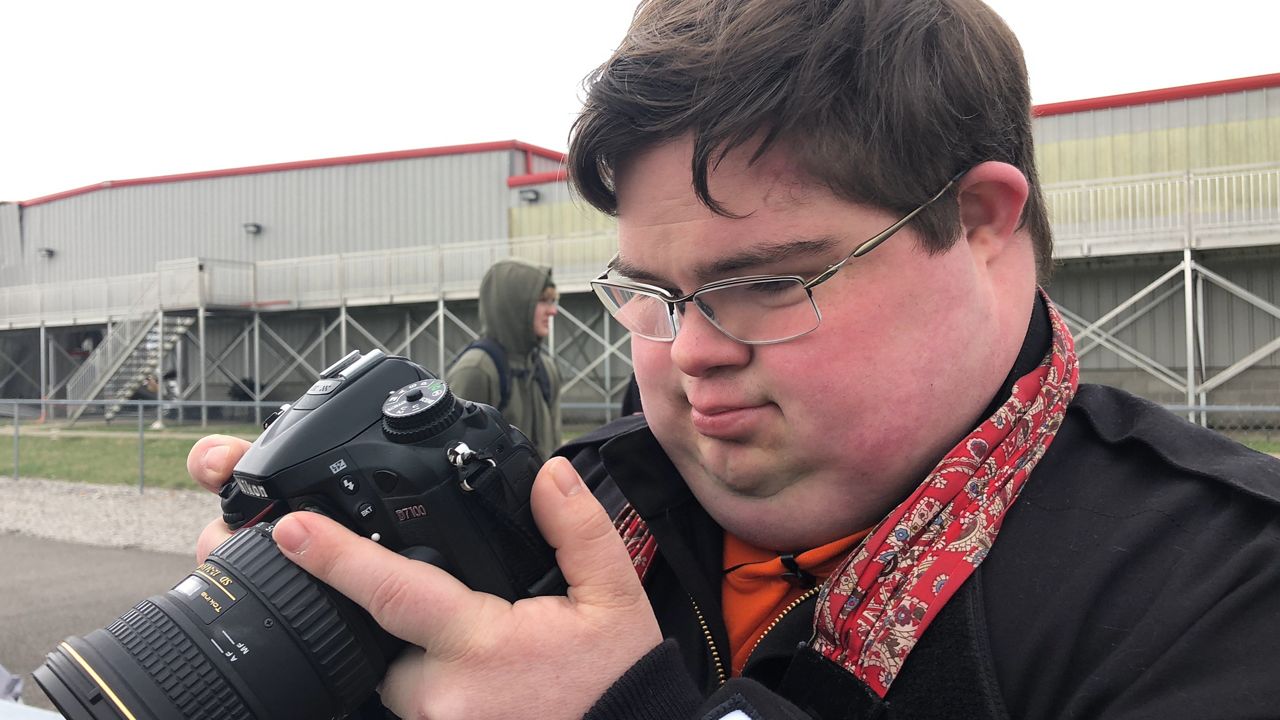 Houston checks his footage he captured of the cars zooming by on the racetrack. (Spectrum News 1/Khyati Patel)

“When he was born, everybody that came in everybody that you talk to us had worse news. Each time it was something different and bad that it was gonna be, and everybody was so apologetic,” Katie said.

She said it devastated them at first, but looking back, Houston’s parents wouldn’t change a thing.

“We suffered grief and loss and all of that and I wish we could go back 24 years ago and say, ‘You know what? No, that was not the way it is at all.’ People with Down Syndrome are special gifts.”

The special gift is reaping beautiful results. Houston’s photography is on display at the Knoxville McGhee Tyson Airport and at an art gallery in Scotland. 100% of proceeds sold from the website’s digital collection, ‘Upside Downs’, go toward special needs community organizations.

“In everything he does, he’s just a joy. He’s a gift to everybody that he comes in contact with and his photography gives him something that he can actually literally show the world,” Katie said. “People who might not be able to meet Houston in person can see the beauty that he sees in the beauty that’s in his life.”

One of Houston’s photographs will soon be unveiled at the Nashville International Airport.