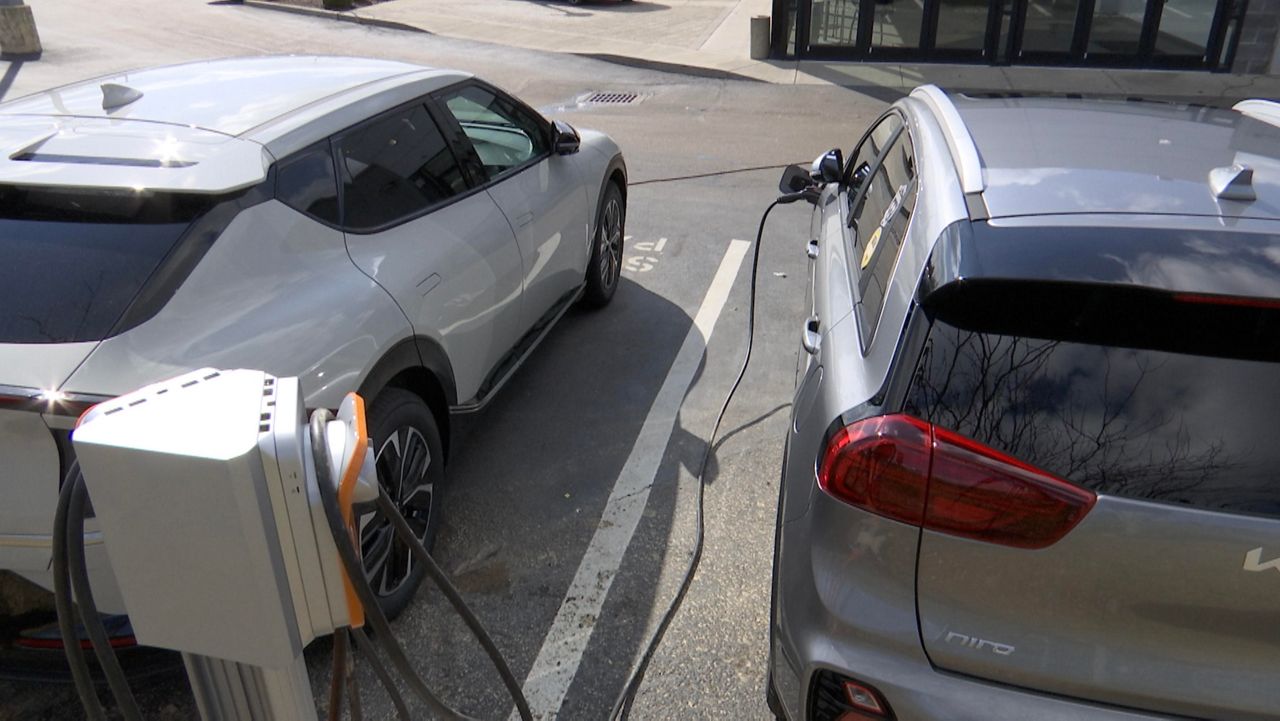 As gas prices rise, so does interest in electric vehicles

FLORENCE, Ky. — Rising gas prices and environmental concerns have more and more people are considering the idea of electric vehicles. A few massive investments over the last year have primed Kentucky to become one center for the EV revolution.


On Wednesday, Alex Lopes traded in his Audi sports car for a Kia EV6, the manufacturer’s latest electric car at the Jake Sweeney Kia dealership in Florence.

“It is my first electric car. And I’m super excited about it,” Lopes said.

He said the car aligns with his interest in sustainability. But there was also more to his decision than the environment.

“It’s a cool car. It drives super fast. The torque is amazing,” he said. “When you see gas prices going up as they are going up right now, you can say farewell.”

With a charger installed at his home, Lopes said there are a ton of good arguments for EVs right now.

“Here at this location, EV sales have been a tiny part of the overall sales, but they’ve continued to increase, especially in the last few months,” Parks said.

Why that is, Parks said chip shortages becoming less of an issue has led to more available inventory. And there have been more charging stations popping up around Florence.

“A lot of the research, even before the gas was $4 a gallon, said that somebody could save between $4,700 and $6,000 in the first seven years of fuel savings alone,” Parks said.

Those savings, coupled with EVs not requiring near the same amount of maintenance as traditional cars, help to set off the higher initial cost to buy an EV. Though, that high price is not an obstacle many can overcome.

“They can charge the car at their house. A lot of people’s workplaces also have charging stations at their work. So it becomes a viable option for them if they have that 50 to 100-mile commute,” Parks said. “A lot of people just sort of want to skip the gas station experience. They want to charge at home.”

What the dealership is seeing now may just be the tip of the iceberg, Parks said, as most major auto companies have announced plans to shift toward electric in the years to come.

That includes Ford, which announced the biggest economic investment in Kentucky’s history to build the Blue Oval SK Battery Park in Hardin County.

“Everyone’s gearing up toward the shift in the market. It looks to most people that watch the industry that over the next decade, a large portion of vehicles that are sold will end up being electric vehicles,” Parks said.

In February, Governor Andy Beshear announced Kentucky can receive as much as $10,280,470 in grant funding from the U.S. Department of Transportation (DOT) for fiscal year 2022 to deploy electric vehicle charging infrastructure.

The money is part of $5 billion available to states over the next five years under the new federal National Electric Vehicle Infrastructure (NEVI) Formula Program.

“We know that electric vehicles are the way of the future, and Kentucky is going to be at the center of that transition,” Beshear said.

It’s certainly the way of the future for Lopes.

“I’m pretty sure this is going to be the first of [many] EVs for the rest of my life. It’s just a great driving experience,” he said.

A second, competitive grant program designed to further increase EV charging access in locations throughout the country, including in rural and underserved communities, will be announced later this year. The Federal Highway Administration will issue guidance on how states can apply for that funding in coming months.