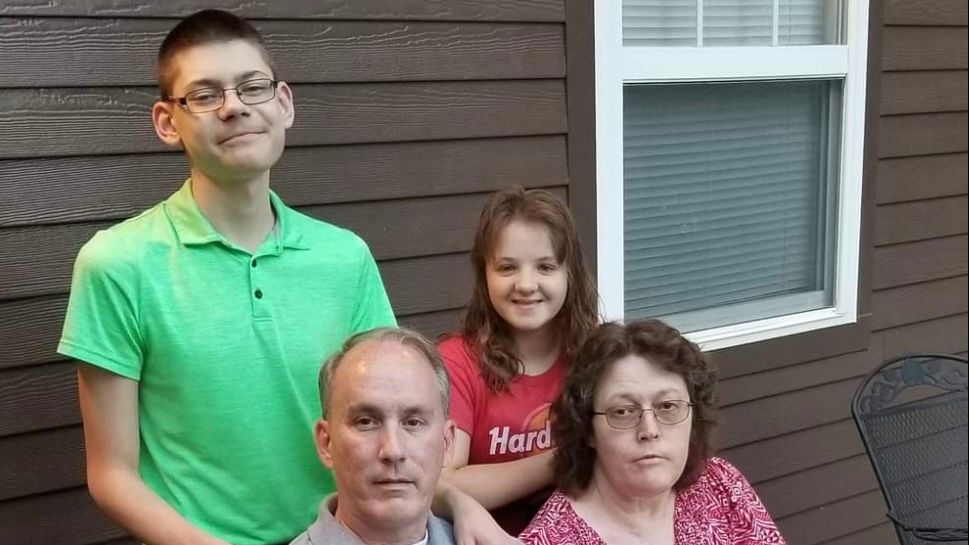 The Diehls adopted their son, Nicholas from Russia and their daughter, Anna from Ukraine. (Chris Diehl)

LOUISVILLE, Ky. — The war between Russia and Ukraine hits almost too close to home for one Kentucky family.

In Chris and Terri Diehl’s Elizabethtown home, Ukrainian and Russian relics stand side by side, lining the living room’s mantle. They’re reminders for the Diehls of a much different time.

They sit with their daughter, Anna, who’s looking forward to turning 18 soon. Her and her brother’s stories start with a decision their parents made before they were even born.

“When we got married, we’d always planned to adopt at least one child,” Chris recalls. “We’d wanted to have one of our own and then adopt another. Then, later down the road, we found out that we couldn’t have one of our own, so we thought we’d go ahead and proceed with the adoption process.”

Chris says he and Terri got the idea of adopting their first child from Russia while he was in Eastern Europe researching his family tree. They requested a baby boy.

“The interesting thing about Russia at the time, they actually choose the child for you,” Chris explains.

Diehl says the Russian government also required that families make two trips there as part of the adoption process. During the second trip, they had to stay for a 21 day wait period before taking home their new son, Nicholas.

“We didn’t really feel like he was ‘ours’ ours until we landed in the states,” Chris says.

Shortly after bringing Nicholas home, Chris smiles, “We really wanted to have a little sister for him.”

At that time, they turned to Ukraine—another country packed with children in need of homes.

“Quite literally they take you to a room with picture books with kids, and they show you five children and they say pick one out of the five,” Chris says, describing the process. “For whatever reason, God kind of led us to Anna, because both of us felt like she was the one.”

Ukraine also required adoptive parents to spend 21 days in the country. During that time, they visited then-two-year-old Anna daily.

“I’ll never forget we literally pulled out of the orphanage for the last time. She knew, she knew, that she was leaving. They told her, and she had some tears going down her face. And I guess I didn’t expect that. You think an orphanage it’s not a good place to be, but she was close to a lot of those workers,” Chris remembers.

In the years after, Chris made around 10 more trips to Ukraine, doing mission work at orphanages like the ones his kids were once in.

“It’s weird when you see places that you’ve quite literally been there and you see that under siege,” Chris says.

Terri adds that it’s hard explaining what’s going on to Anna. “She’s been asking about her orphanage. ‘Has it been hit?’ or, ‘Have you heard?’”

The Diehls say they’re doing their best to point out the good in humanity, reminding their daughter that others are stepping in to help.