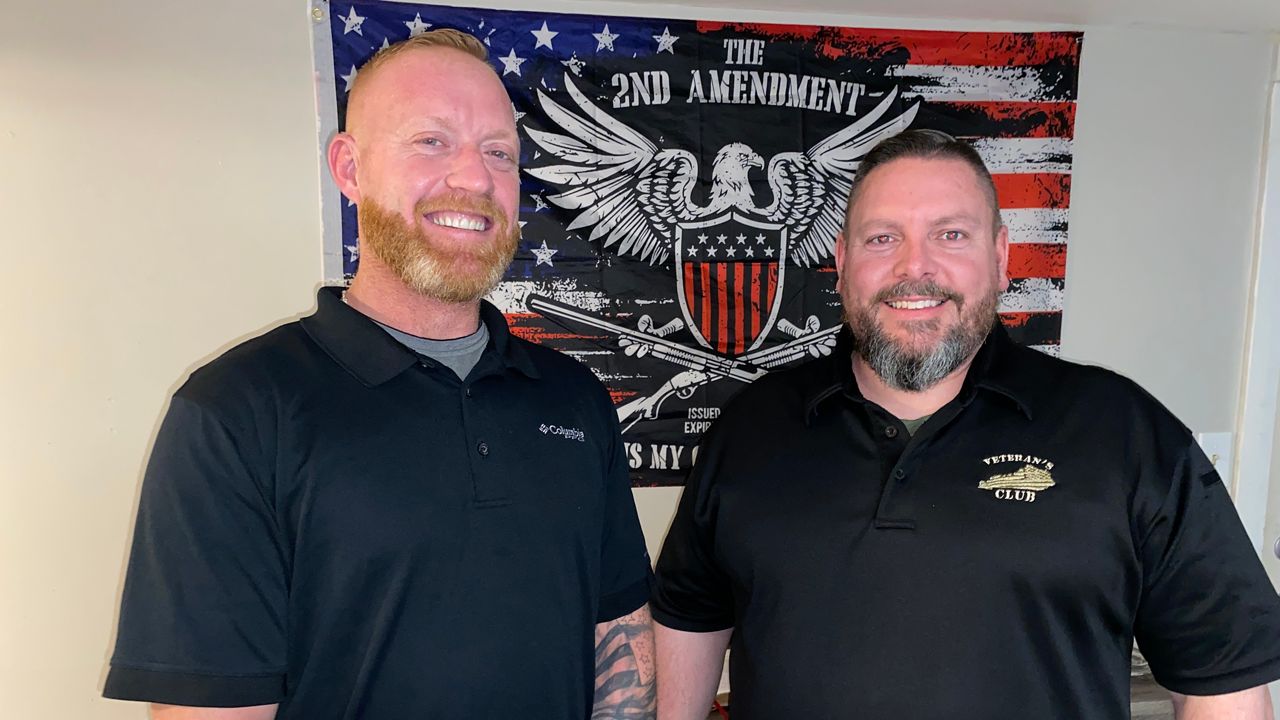 LOUISVILLE, Ky. — After struggling with drug and alcohol addiction for nearly a decade, a Kentucky veteran was able to get his life back on track.

Casey Basham served in the United States Marine Corps for eight years, serving three tours in Iraq. One of his fondest memories was holding his first-born son for the first time after his third deployment, but there are other memories Basham wishes he didn’t come home with.

“I struggle with PTSD, so it doesn't go away but I do a lot of therapy to help cope with the sleep terrors and nightmares and hypervigilance and anxiety,” Basham said.

Once returning home, Basham struggled with drug and alcohol abuse for nearly 10 years before checking in at The Healing Place.

“I was in The Healing Place probably longer than most people, I did the HIP Program which is home incarceration, I did about 13 months,” Basham said. “Today, I look back and that was a guardian angel for me.”

After eight months of clinical therapy and five months of peer mentoring at The Healing Place, Basham then found a place of his own.

“He had got his place and he had been working hard for several years to be clean and sober,” Jeremy Harrell, founder and CEO of the Veteran’s Club Inc., said. “He's always positive, that always inspired me, Casey was always positive and when he needed something and we were able to do it was a no-brainer.”

That’s when the Veteran’s Club stepped up and decided to help by purchasing furniture and household items for Basham’s home.

“Talking to Corey I kind of got emotional and he said 'man this ain't a hand out, this is a hand up' and I was like I've never had it like that, I just never felt this,” Basham said.

In April, Basham will have been sober for one year.

The father of four credits his 12 steps, 12 traditions book from AA for his recovery.

Casey Basham will soon begin serving as a mentor with the Veteran’ Club.