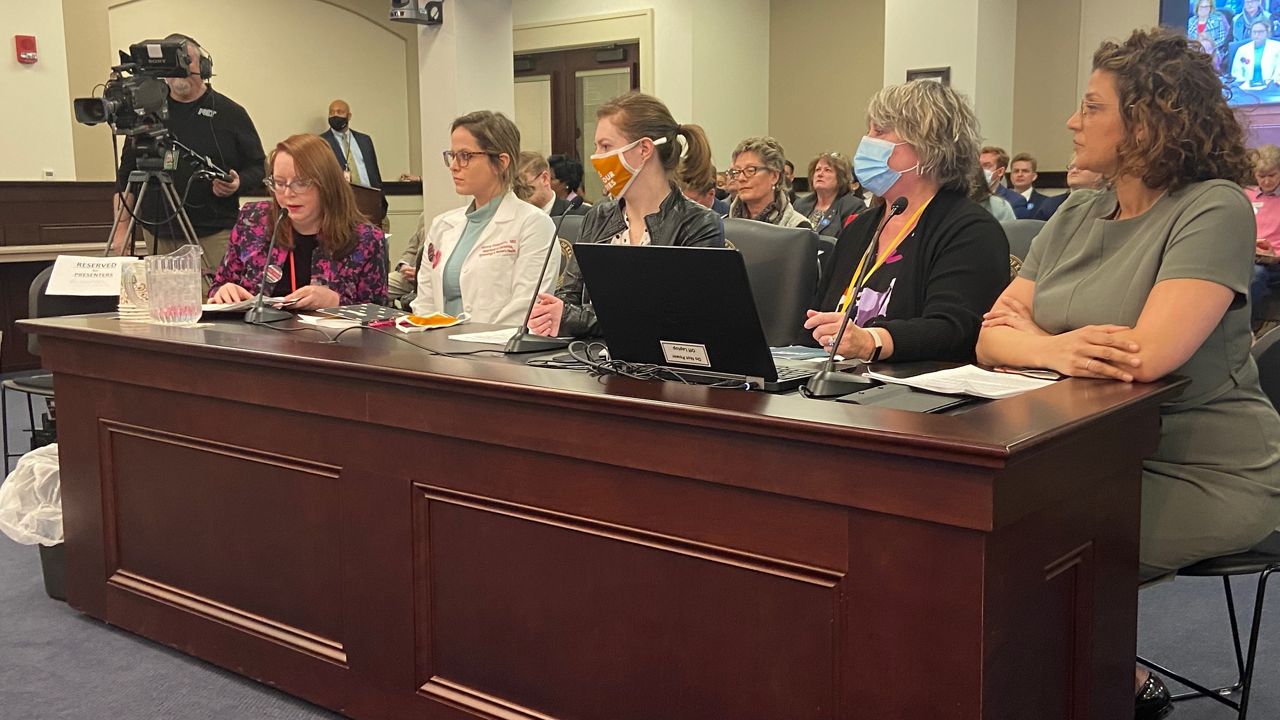 FRANKFORT, Ky. — A bill that would add requirements for patients seeking an abortion has moved ahead in the Kentucky General Assembly, amended by a committee substitute.


House Bill 3 would require all patients having abortions in Kentucky to have an ultrasound and require doctors to inform a patient having a chemical abortion that a reversal is possible.

Opponents said it will put the procedure out of reach for many in the state and harm patients and providers.

"There is no legitimate scientific or medical evidence to suggest that abortion reversal is possible," said Tamarra Weider with Planned Parenthood Alliance Advocates. "Like the rest of this bill, this requirement directly contradicts the recommendations of the nation’s leading medical experts and in doing so, it will put patients at risk."

Supporters told lawmakers there are growing concerns about chemical abortions, calling them a "risky business."

"You’ve already heard that abortion drugs are four times more dangerous for a woman than a surgery," said Sue Liebel with the Susan B. Anthony List. "A recent study just released that between 2002 and 2015, emergency room visits rose more than 500% after the chemical abortion functions that were producing complications."

Dr. Hannah Peterson, an obstetrician who spoke against the bill, disputed those concerns.

"We’ve seen very few complications from medication-induced abortions," she said. "Less than 1 percent of the medication abortions that are provided here in Kentucky and that’s on par with the national data from the last 22 years."

"We’re talking about the life of a human being, a baby," he said. "That’s the discussion today. It’s not a ball of cells. It’s not a blob. It’s a life."

Rep. Pamela Stevenson (D, Louisville) said women should have a right to their bodies and voted against House Bill 3.

"Under current law, if you don't want to have an abortion, don't have one," she said. "Take care of the people that we have here and then get to taking care of the women that are in these situations that feel forced and compelled to do this."

The bill moves next to the full House.