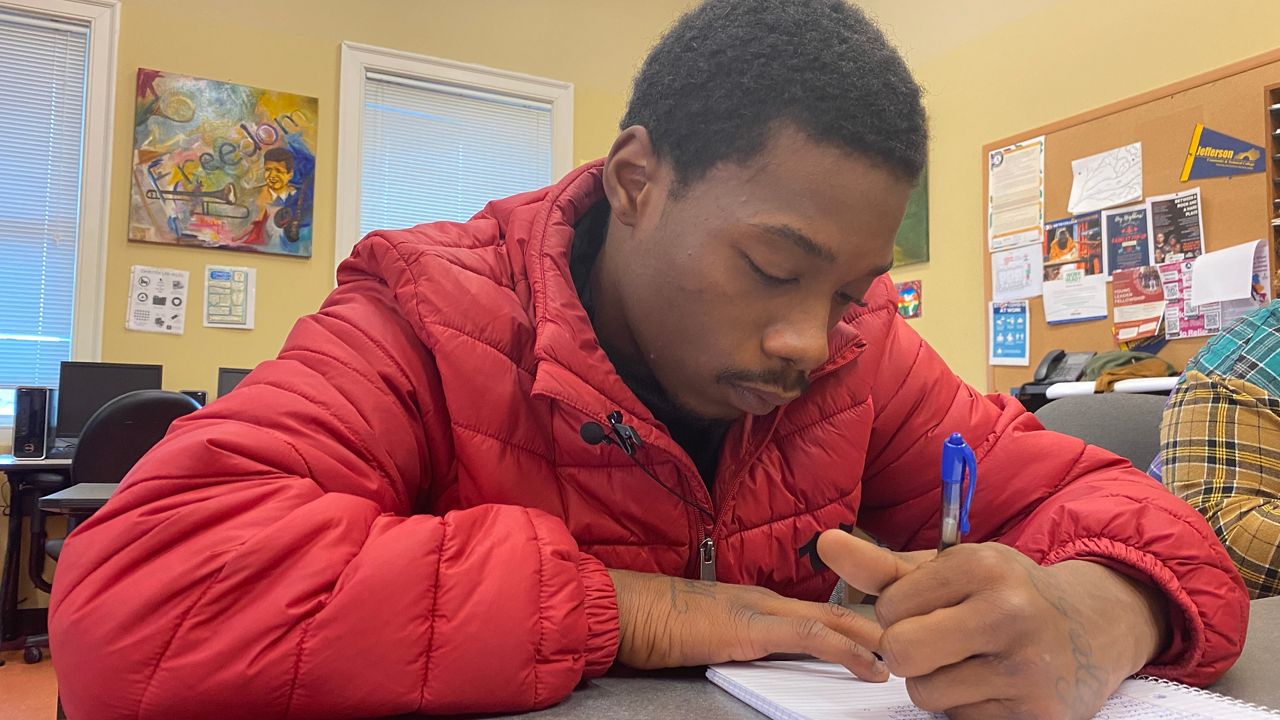 Edward Lagantta is hoping to be selected for the program. (Spectrum News 1/Ashley N. Brown)

It's called YALift, and it stands for Young Adult Louisville Income for Transformation.

It's only available to 150 people who have applied to be part of the program. Applicants will be randomly selected for the programs.

Applicants must be between the ages of 18-24 and live in Louisville's California, Russel or Smoketown neighborhoods.

YALift is led by the city of Louisville, Metro United Way, and Russell: a Place for Promise.

21-year-old Davon Jackson joined Youth Builds Louisville to help reach his goals of becoming an educator. Through the program, he learned about the guaranteed income program and was one of the first to apply.

“I feel like it's a great opportunity for young people my age to get a great jump start to change in the world and changing the world with their opportunities mentally and physically,” Jackson said.

He believes the program will help young adults like himself escape generational poverty.

“I lived in general around the area where most of the poverty is and stuff. My grannyx, she's been in poverty since she’s been in eighth grade and dropped out since eighth grade, so she's been doing drugs and stuff,” said Jackson.

23-year-old Edward Lagantta Jr. is another Youth Build Louisville student who hopes he’s one of the 150 randomly selected program participants.

“I feel like it's a good opportunity," Lagantta said. "We've been asking for help in my neighborhood, so it's like our cries have been answered. We're being heard finally."

He says the no strings attached, $500 monthly payments would help him take care of his three children and focus on becoming an attorney.

“That'll take time to get my law degree, so I'm gonna do my CBLs and barber’s license first, and then I take off with the eight years in law school,” Lagantta said.

Jackson said he'd also use the payments to launch his career in education.

“I like teaching kids, so I would definitely put it towards getting in college or trying to benefit myself in school more, like getting a home or something because I live with my mom right now and she’s sick,” Jackson explained.

100 applications have already been submitted and 400 others are in progress. The deadline to apply for YALift is Feb. 21.

The first round of $500 payments will be sent around the end of April.