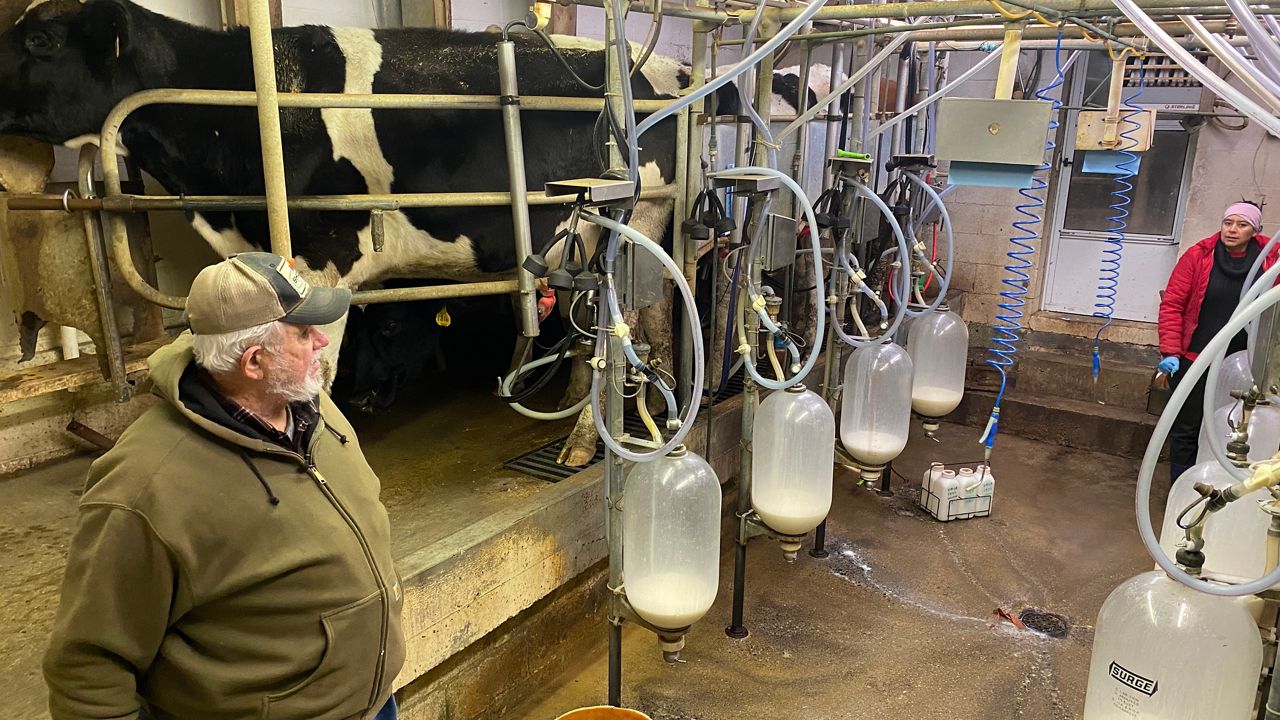 Some dairy farms forced to downsize due to rising input costs

“Our father had a small dairy farm in Trimble County and we grew up on that and then when we moved over here we expanded. My father only milked 20-25 cows,” Rowlett said.

Since 1974, Rowlett’s Dairy Farm has operated out of Campbellsburg, Kentucky, but now a dairy farm is hard to come by, let alone the state of Kentucky but across the country. 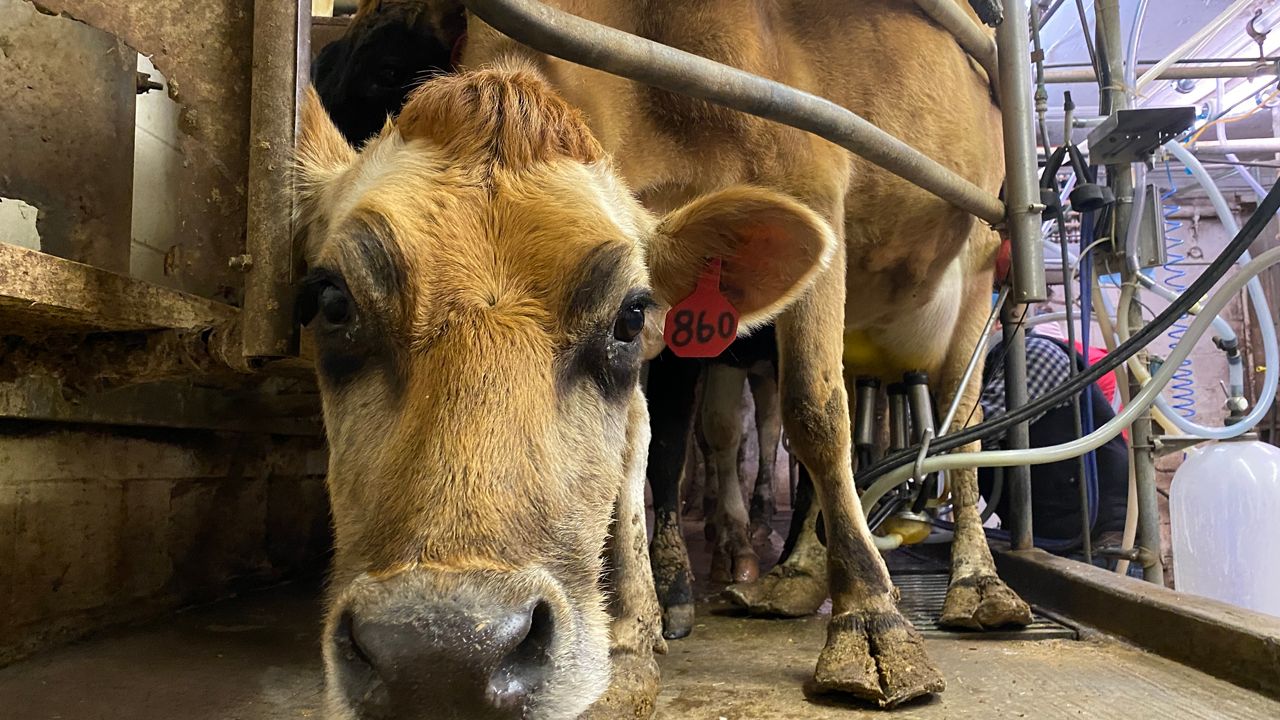 One of Rowlett's 50 cows being milked on dairy farm in Campbellsburg. (Spectrum News 1/Erin Wilson)

“I could see the tops of silos from 8 dairies, including this one, but now we’re the only one left around here,” Rowlett said.

In 1980, there were nearly 265 thousand dairy cows throughout the state of Kentucky. Now that number has decreased dramatically to only 45 thousand. Rowlett’s is one of the few dairies left standing…

At one time, Rowlett was milking 120 cows, but due to input costs, he had to downsize to half that number. Now Rowlett’s has around 50-55 cows.

“I think a lot of farmers are like we are, we’ve cut back on the amount of protein we feed our cows because of the cost,” Rowlett said.

Dairy farms are finding alternative ways to make income. For the Rowlett family that was opening the doors to their creamery in 2019.

“We have some who have added things like cheese production and ice cream, for example. So most dairy farms are looking for ways to be competitive,” Burdine said.

For what’s next for the Rowlett family? It’s the same issue dairy farms across the state face.

“We talk about it all the time but no we don’t have a concrete one in writing, we have thoughts of what we would like to do with our farm, with our creamery down the road but whether that will actually come to fruition, I don’t know,” Rowlett said.

Rowlett’s Dairy Farm is a 328 acre farm in Campbellsburg run by brother and sister Terry and Sharon Rowlett.