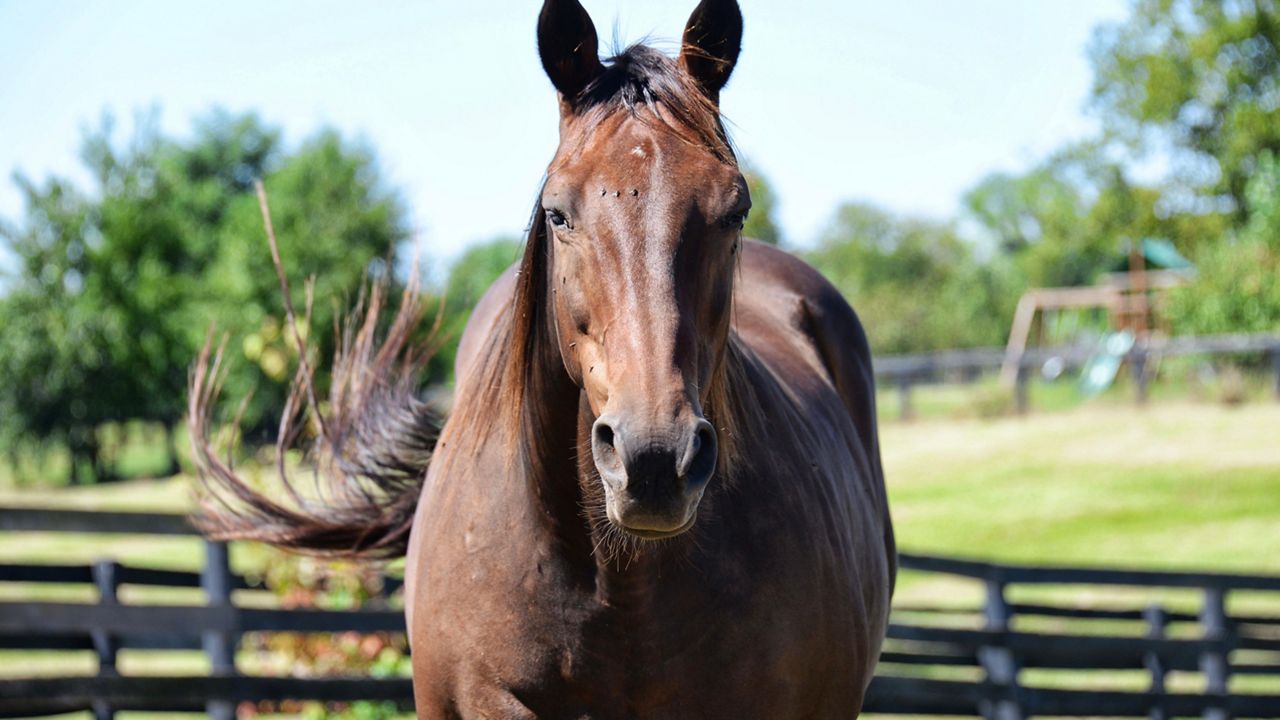 GEORGETOWN, Ky. — Popcorn Deelites was a racehorse that was known for being one of the few horses to portray the life of Seabiscuit, a famous racing horse in the 2003 movie, passed away after 23 years.

“Everybody loves him so much and everybody wanted to see him that we did everything we could to keep him going but at a certain point, you don’t want them to have to go through more than they should have to go through it their age,” Micahel Blowen, President of Old Friends Farm said.

To Blowen, Popcorn Deelites was more than a racehorse, and more than a movie star. He was a friend.

“We do make them into pets and we do know their individual quirks and you know it’s like people you fall in love with certain people and you know Popcorn Deelites  is one of the horses here that people really fell in love with,” Blowen said.

Blowen has over 130 retired race horses, and says losing one of them is never easy, especially when Deelites had been with him for over 15 years.

Popcorn Deelites was known for his acting career in the movie Seabiscuit. As one of the few horses that portrayed the role of the racing horse, Seabiscuit himself.

“He knew he was something special because people would come and they wanted to take selfies and take pictures. It was just like meeting a celebrity in a restaurant and asking him if you could take your picture with him and stuff is the same deal. And then he got used to it so every time the vans would show up to the tours, he was right there ready to go,” Blowen said.

It’s a special connection, Blowen will never forget. A horse that not only left a lasting impression on his life, but an impact on everyone who came to see him.

Popcorn Deelites had fifty-eight career starts and had eleven wins, with a career earnings of a little over $56,000.