Elizabethtown farmer has best year yet for soybean yields

ELIZABETHTOWN, Ky. — 50 is the number of years Larry Thomas has been working on a farm, following closely in the footsteps of his father and eventually purchasing BLT Farms in 1994.

“We've been fortunate in this area that we've had four or five decent crops in a row, so you just wonder when you're going to have another 2012 or a 1987 or 1988 when we had terrible crops,” Thomas said.


For Thomas, his crops speak for themselves. Averaging 175 bushel per acre on corn and anywhere from 45 to 50 on soybeans, BLT farms surpassed both this year, even having their best year ever for soybeans. 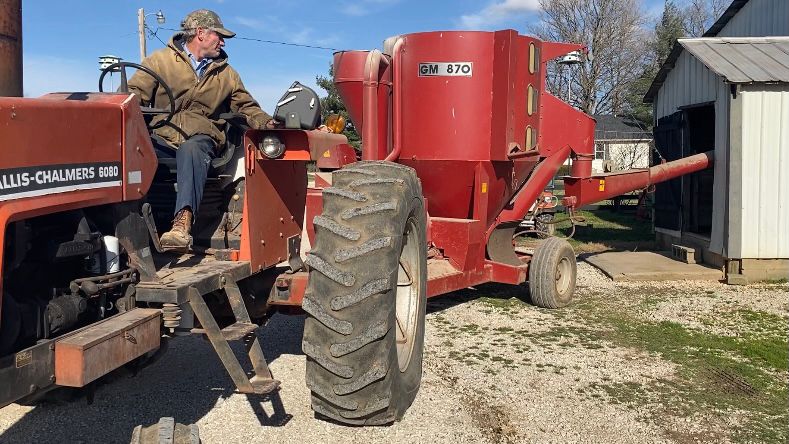 “We’ll be in the 190 range. You hope when you have a really good year you'll be in the 200 plus range. We are not going to complain too much this year except for the input costs,” Thomas said. “Seems every time farmers have a good crop, they don't get to keep a lot of it because equipment costs are higher.”

Thomas isn’t the only one with a successful year. University of Kentucky Agricultural economists are predicting the state's 2021 agricultural receipts to exceed $6.7 billion. Surpassing the former record of $6.5 billion in 2014 and the $5.5 billion average over the past five years.

“We did have a very good year for Kentucky Agriculture, of course it varies across the state depending on which commodities that you raise but for the most part our crop yields especially our green yields were phenomenal,” Will Snell, agricultural economist at the University of Kentucky said.

Corn and soybeans are tied with poultry for the state's top agricultural commodities in 2021, two of the crops Thomas produces and he credits the recent weather for strong crop yields.

“The moisture, the amount of water we had, corn needs lots of sunshine and rain to make grain and we had a lot of that this year,” Thomas said. “We had farms in the northern end of the county that did the best they’ve ever done.”

Agricultural economist Will Snell said his main concern moving forward is: will farmers be impacted by inflation? Thomas is already expecting higher prices in 2022 after this season.

“I'm expecting the input costs and operating costs to be a lot higher, with fuel being higher that's driven the price of fertilizer higher, the cost of nitrogen fertilizer is going to be twice over what I paid last year and same with phosphorus and potash both are extremely high right now,” Thomas said.

UK Agricultural economists said the 2021 Ag receipts will be finalized in late August or early September.