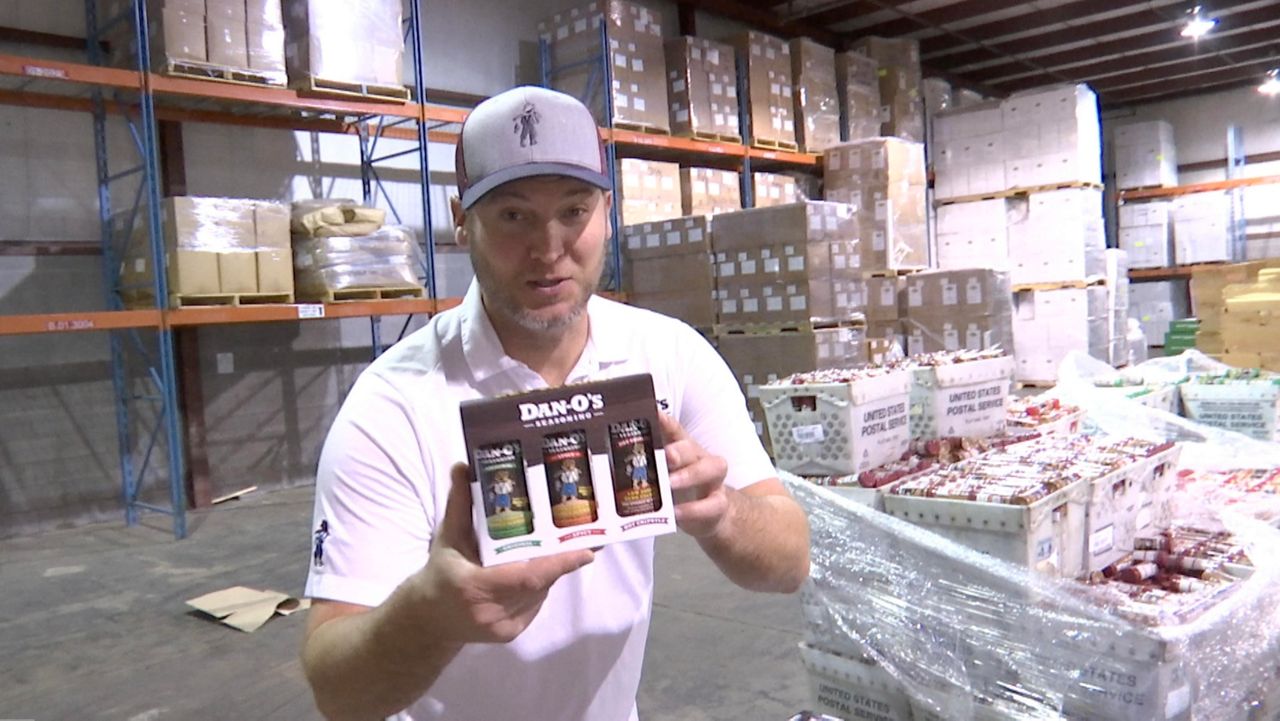 To keep up with growing demand, the business moved into a new warehouse. (Spectrum News 1/Sam Knef)

'Dan good': Louisville-based Dan-O's Seasoning blowing up thanks to TikTok

LOUISVILLE, Ky. — A former Louisville bartender is now the owner of a booming seasoning business thanks to his huge following on social media.

Dan Oliver is touring the country, posting to TikTok and YouTube everyday, and as he says, spreading flavor.


For anyone needing a little flavor in their life, Oliver thinks he’s just the guy to solve that issue. It wasn’t too long ago he needed more flavor in his own life.

Oliver was a bartender in Louisville. One night at work in 2015 he brought in his not-yet-famous chicken recipe with the seasoning blend he’d developed 15 years earlier, late at night, as a student at the University of Kentucky.

“I had some bone-in, skin-on chicken breast. I had a friend of mine over. He was like, ‘thaw that out. He started putting all these different seasonings on this chicken. And we cooked it, and it ended up being amazing," he said. "I just started playing around with my spice rack like that. I just started taking this and that and the other, and after a couple times doing it, I had this recipe."

Oliver said he started out giving out bags of seasoning to people to get feedback on his recipe. 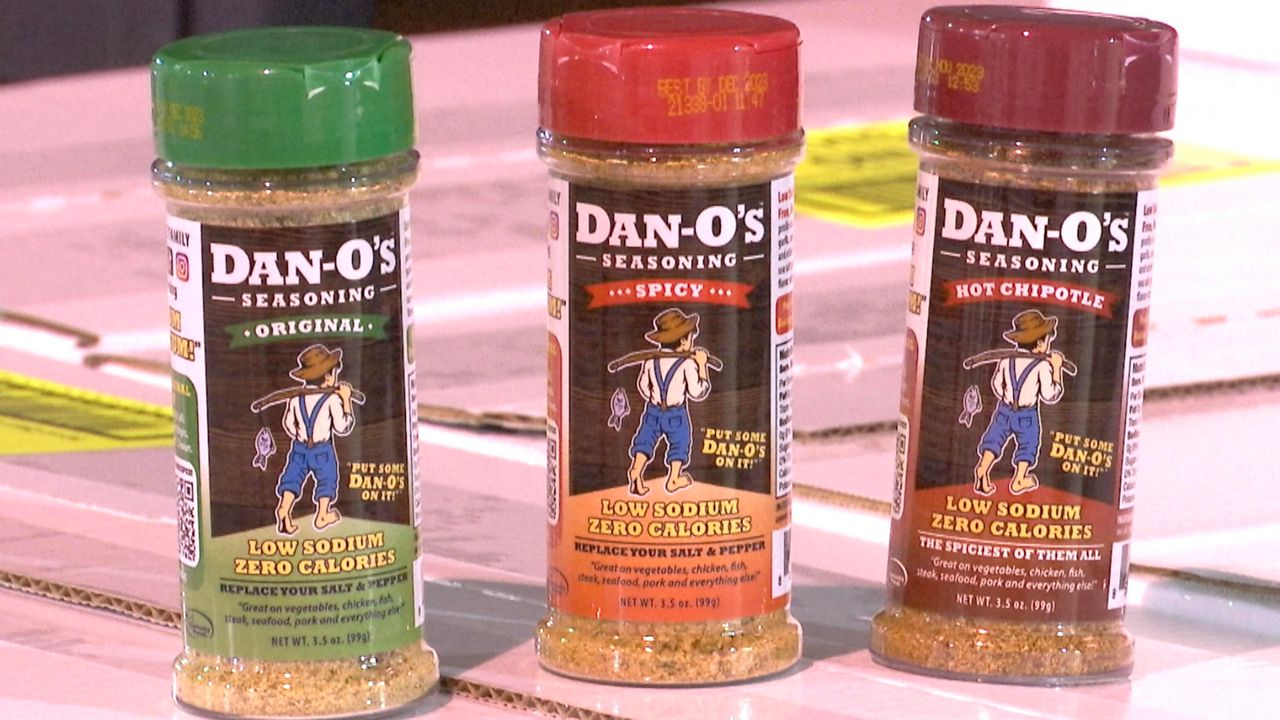 “There was one guy at the bar. And I was like, 'Man you hungry?' And he was like yeah. And so I gave him some of this chicken. He took one bite, and said why aren’t you selling this? And it hit me like a ton of bricks. I was like, ‘Dan-O’s. I’ll call it Dan-O’s.”’

The original Dan-O’s has a garlic and onion base, some rosemary, some citrus and as Oliver learned could be selling points, no sugar, and low sodium compared to other seasoning blends.

By 2016, he had figured out labeling, FDA compliance and health restrictions. Oliver had to grind it out for a few years, traveling the country and selling his product at flea markets and similar venues.

Eventually Dan-O’s was on its way to being a successful business. He was doubling in revenue each year.

Then the pandemic hit, and it was time for a plan B: social media. 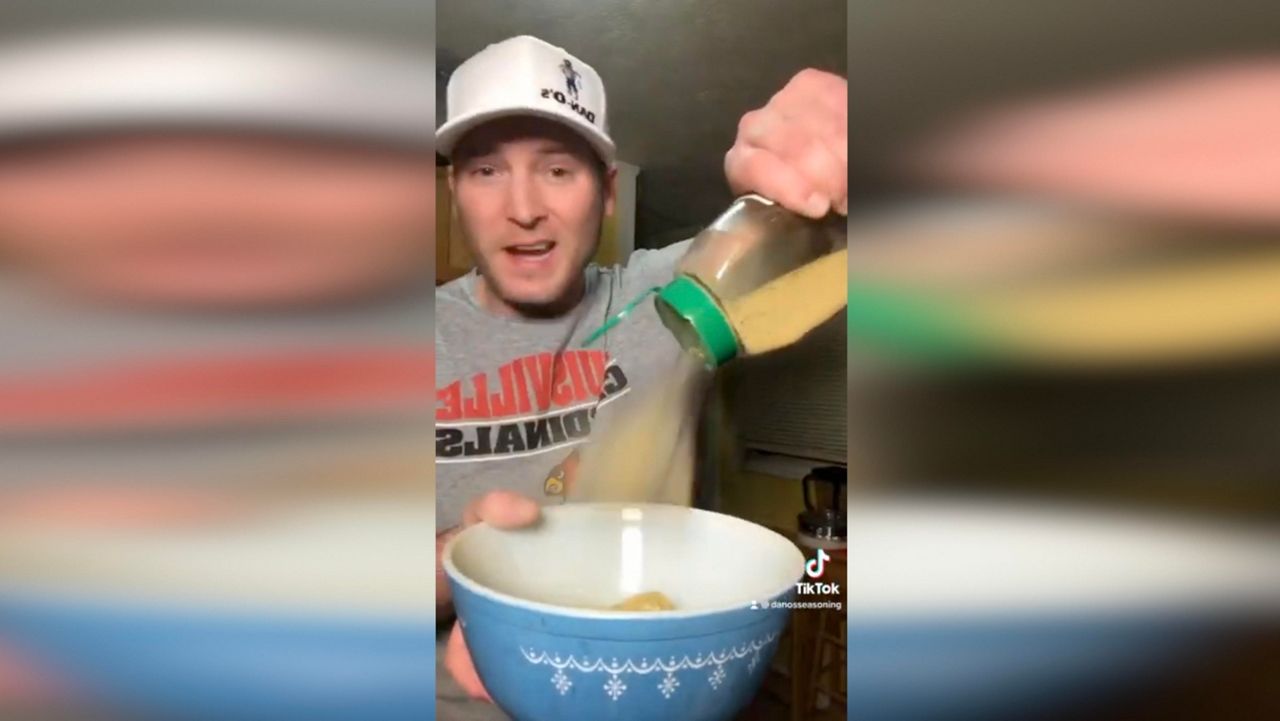 Dan-O’s now has more than 1.7 million followers on TikTok. (Dan-Os/TikTok)

And do he did. Oliver said he'd make five TikToks per day some days, until one went viral and helped him grow his audience exponentially.

"TikTok gave me that avenue to connect with people on just like, this perfect platform. It was almost like it was built for Dan-O’s,” Oliver said.

Dan-O’s now has more than 1.7 million followers on TikTok. The business has exploded, moving into a new warehouse to keep up with the demand.

Oliver’s right hand man, who he has nicknamed “Chicken Stickin’ Toothpick Timmy,” always keeps some Dan-O’s in his side holster, and has been along for the ride from the start, after meeting Dan at the bar and sampling some of the original recipe.

“I was out. I was like, ‘man, I need the big one.’ And of course you know he’s laughing. And I’m like, ‘this isn’t funny, I’ve got to cook, man.’ Like, I need that flavor. We met up, and I told him, ‘if you ever need help selling this, I bet I could sell the heck out of it. It’s a product that I can stand behind,’” Toothpick said. “We’re spreading flavor each weekend. Our goal is to get a bottle in everybody’s house, or at least that’s my goal. I want people to know what real flavor is. They deserve it too.”

Toothpick appears along with Oliver in the videos, where people can watch them liberally coat everything from cauliflower, to jalapeño poppers, to chicken with mountains of Dan-O’s. The seasoning now comes in three flavors: original, spicy and hot chipotle.

Oliver recalled a lady at the state fair trying the original flavor, which led to the creation of his catch phrase.

Now they have many.

You can learn more about the seasoning on the Dan-O’s website.