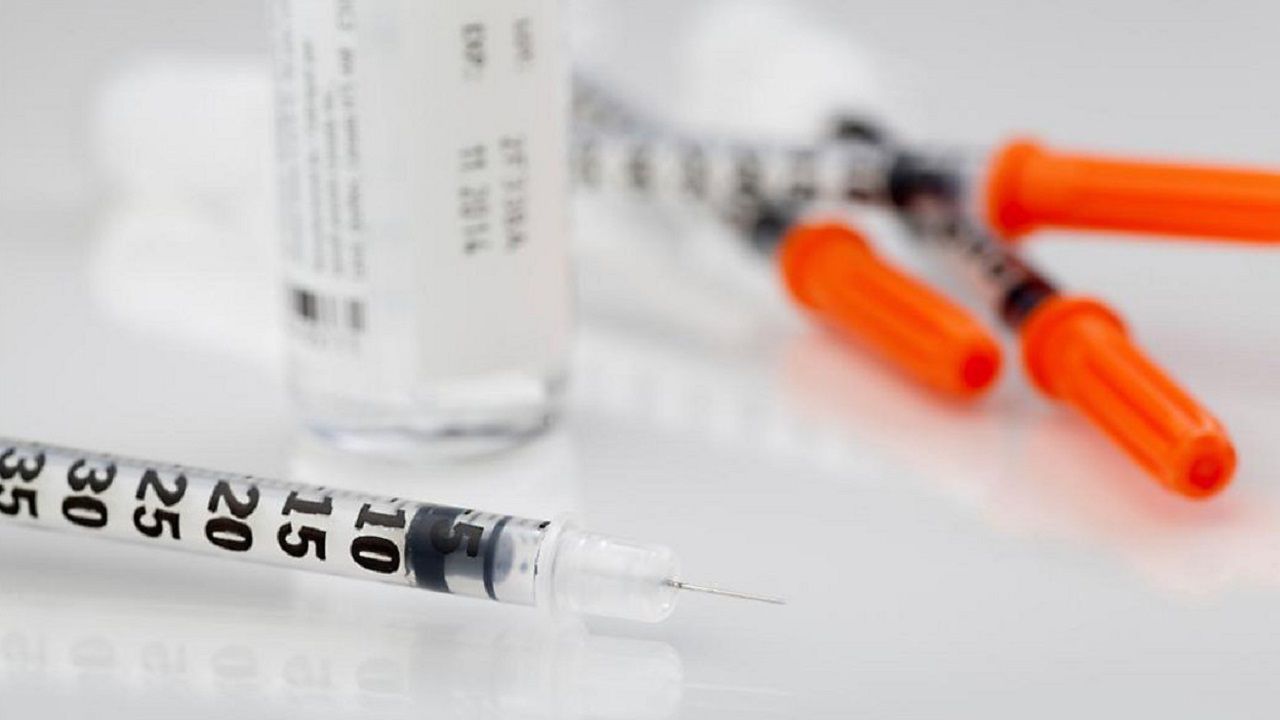 LOUISVILLE, Ky — Glucose meters, insulin pumps and medical supplies are a part of life for the Chrisman family.

But it’s not for parents Natalie Chrisman and her husband, David. All three of their young children live with Type 1 diabetes

“When Quinby, our first daughter with Type 1 was diagnosed, we did not know what Type 1 diabetes (was). We just weren’t aware at all,” said Natalie Chrisman, the children's mother.

When identical twin, Quinby, was a year old her father said they noticed she was very thirsty and urinated frequently. So, they took her to the hospital. They checked her blood sugar and her dad, David Chrisman, said it was 650.

“Very elevated. They did a good job of immediately getting her hydrated, getting an IV in her and being able to get her blood sugar back down to the range it was supposed to be. So we were thankful for that part. Then after getting her stabilized, that’s when all of the learning came into play,” David Chrisman said.

Eventually, their other children, Ruthie and Stella, would both be diagnosed with Type 1 diabetes.

“A lot of the way that we eat and that we do life is completely impacted by having Type 1 in our home. For those of us who don’t have Type 1, we still eat and behave in a lot of ways as if we did. As a family, it’s a family thing.” David Chrisman said.

The girls and the family use devices to help manage the disease. They are very careful and constantly thinking. They monitor everything like food and the girls’ diets. They say there’s a lot more planning than people think.

“Type 1 often times it’s very exhausting because it doesn’t stop. There is not down time where we are not thinking how is this going to affect? How are blood sugars? It’s the last thing we think about before we close our eyes, of checking. How is everyone’s blood sugar right now? Does someone need a little something? Does someone need some insulin? Do they need a little bit of sugar to bring them up because they’re trending down,” Natalie Chrisman said.

The girls a have a close, strong relationship with their physician, Dr. Kupper Wintergerst, at the Norton Children’s Wendy Novak Diabetes Center

Wintergerst said it’s more rare to have twins with the condition, and having three children with the disease is even more rare. He said the family was able to take Quinby’s experience and use that to help with their other two children.

“Of our families where they have more than one child with diabetes, that same strength is seen in all of them and it’s amazing,” said Wintergerst.

Wintergerst offered some words of advice for other Kentucky families who have children living with diabetes.

“Making things predictable for the young children, so that you take away some of the fear if you know what’s coming. So that Type of consistency is very helpful. The other thing is to remember they are children with diabetes. They’re not diabetics. We don’t use that term here. They are young kids who have something that we need to take care of,” Wintergerst said.

The Chrismans want the best for their children.

“They can do anything they want to do. Type 1 doesn’t have to stop them from doing that,” Natalie Chrisman said.