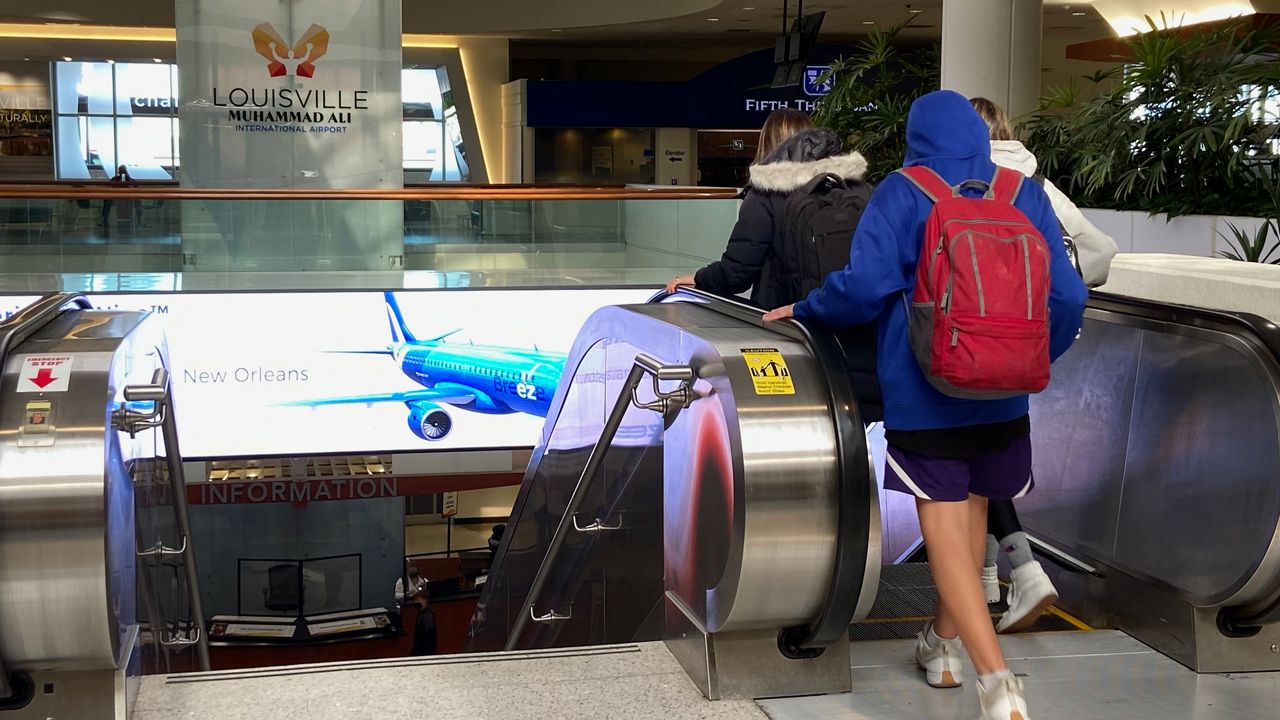 Louisville Muhammad Ali International Airport measured about 120,000 passengers between the Friday before and the Monday after Thanksgiving. (Spectrum News 1/Erin Kelly)

The Biden administration announced the restrictions on Friday after the World Health Organization reported a new "omicron" variant of COVID-19 is spreading through parts of Southern Africa.


The discovery of the new coronavirus variant, omicron, has the world on high alert.

“What had happened was in the population there the scientists there had noted a large spike in cases, so they became suspicious and did some testing and found out this appears to be a different variant than the delta variant which was the predominant variant over there as well,” said Dr. Mark Burns, Assistant Professor of Medicine in Division of Infectious Disease with UofL Health.

For an international family like the Ferreiras, traveling will now become a bit difficult. Georgia Ferreira lived in England until she was 30 before moving to Louisville, Kentucky.

“My husband is South African so he's got family over there. My family's in England so we're quite up on how it's moving along, but essentially they're all being quite cautious right now which is really great. But it does mean for traveling – it makes it a little trickier and I think that's hard on everyone,” Georgia Ferreira said.

According to the CDC, omicron was first reported in South Africa. Cases have also been reported in Italy, Germany, Belgium, Israel, Hong Kong and the U.K. As of Sunday, no cases had been reported here in the U.S.

“As our CDC converses with the scientists there in South Africa, we hope to get the genome sequence so we can actually get the virus or parts of it for reproducing. Then the big thing is going to be testing on it,” Burns said.

It could take several weeks until scientists know more about the variant, but with the Christmas season approaching, Georgia Ferreira is concerned the holidays may not be the same.

“I think that is going to be really hard. I know from my husband's family that it really affects them and they won't be able to, which is hard,” Ferreira said.

The travel ban will not apply to American citizens and permanent residents, which Ferreira is thankful for.

“We got tested to come back into America yesterday and then we’ll have to do a day 2 test to get into England, so I think it's just about keeping up on these ever-changing procedures and having your paperwork in order. It's harder, but I'm just glad for all the different borders that were just trying to keep everyone safe,” Ferreira said.

The CDC recommends following prevention strategies including wearing a mask in public indoor settings and physically distancing from others whenever possible.