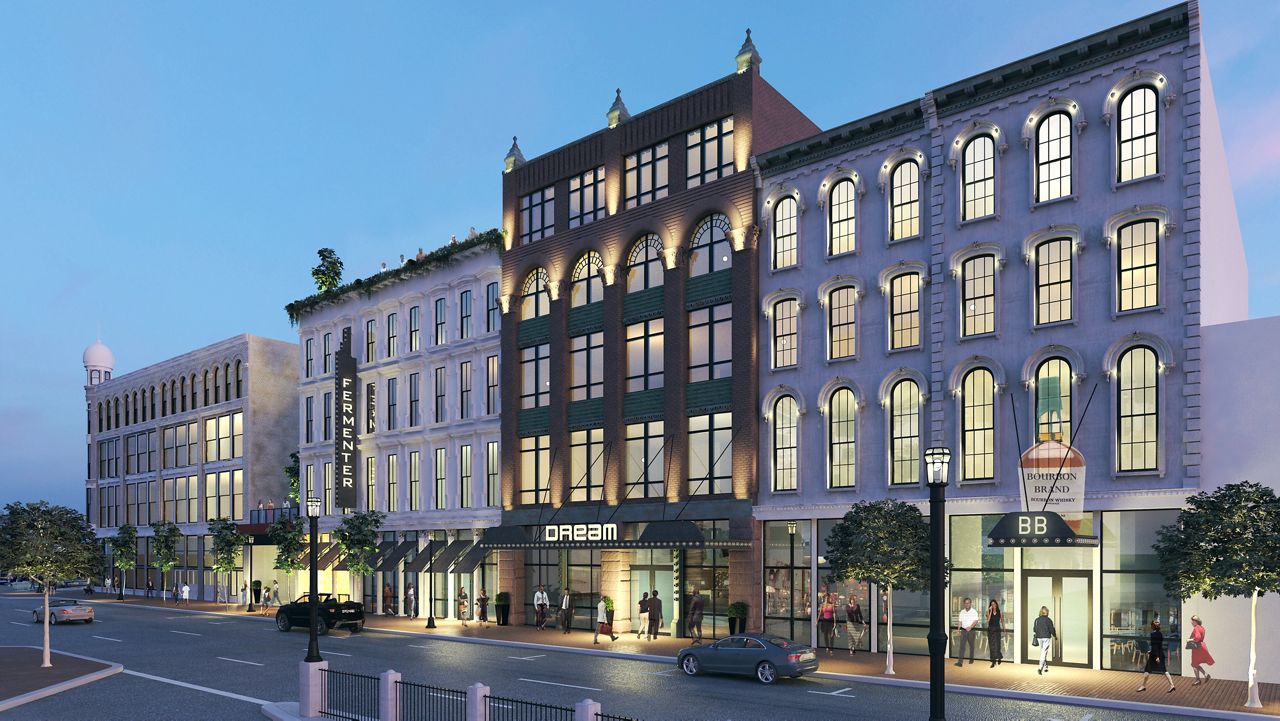 
“We’re thrilled about it,” Dream Hotel Group CEO Jay Stein said. “I’ve been to the city. I’m really excited about what I see.”

A renowned developer with locations in New York, Nashville and more, Dream is building a new 10,000 square foot hotel on Whiskey Row with 168 rooms and four separate food and drink options.

Stein said the hotel will have plenty of Louisville flavor.

“[Other hotels] may, you know, put a picture of Churchill Downs because it’s Louisville, but that’s not the kind of stuff we’re talking about local,” he said. “We’re talking about really understanding what the locals are looking for; what they appreciate; blending the history and the vibe of the city into the concept of the hotel, and putting the hard work into figuring that out.”

And downtown needs the rooms. Louisville Tourism spokeswoman Stacey Yates said the city lags behind other similarly-sized competitors in the area like Indianapolis and Nashville.

"New hotel development is always welcome news to tourism agencies as room availability is a necessity for the recruitment of lucrative meetings business as well as a demand driver for leisure tourism,” Louisville Tourism spokeswoman Stacey Yates said. “Louisville lags behind some of our top competitive set such as Indianapolis, Nashville and Columbus for the total number of hotel rooms, so adding more to the market will help drive the tourism economy as we continue to build towards recovery.”

“The city certainly shows that it does have a need for more hotel rooms. There are a lot of events in the city,” Stein said. “Obviously, just from Churchill Downs itself and excitement around that at that part of the year, but there’s many different things and many different drivers that come in.”

It’s not the easiest time to start new projects, though: supply chain issues have hurt the construction industry, but Stein said he isn’t worried about that.

“We probably won’t open until 2025,” he said. “The world will look a little different then than it is now.

And he said he’s not worried about recent inflation, either.

“The reality is prices are going to go up,” Stein said. “They’re always going to go up. They’ve been going up for hundreds of years. They’ll continue to go up.”

The only thing Stein said is on his mind is bringing a high-quality hotel to an area that needs one.