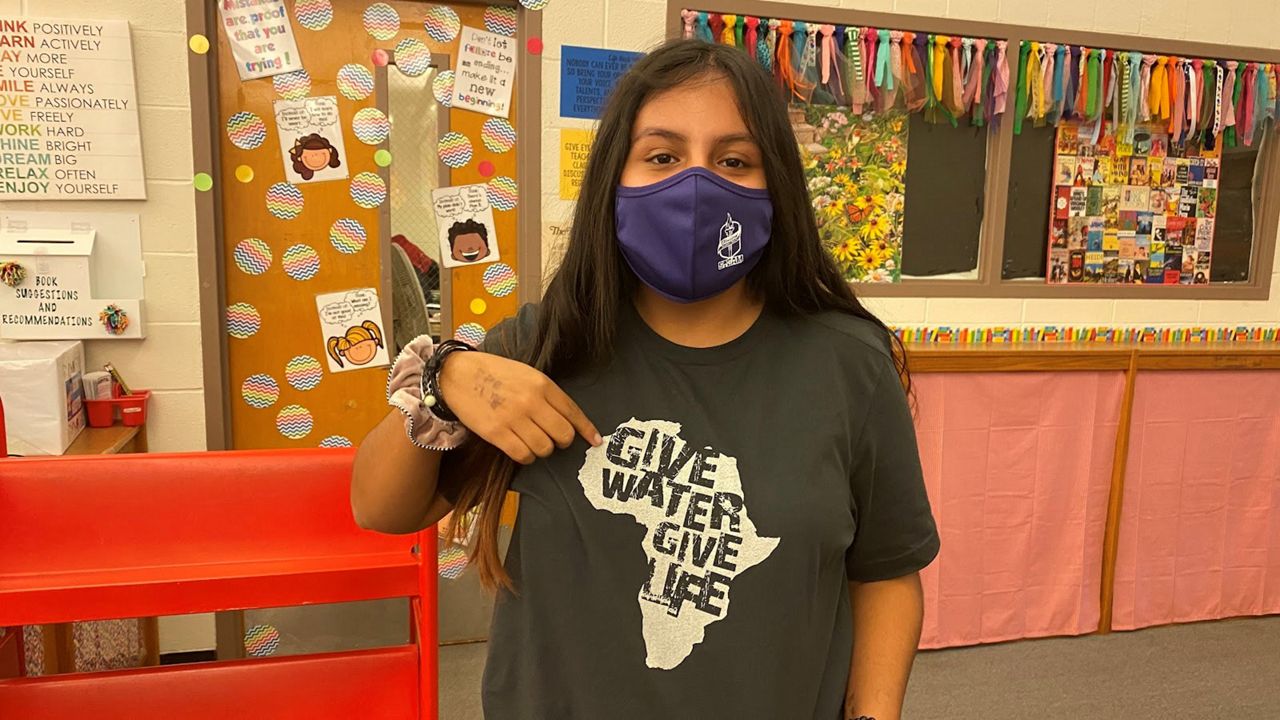 After learning about the global water crisis, Kjamadi Rios and other students at three Louisville middle schools took the lesson beyond the limits of the classroom. (Spectrum News 1/Ashley Brown)

“I wake up, I brush my teeth and I just get water from the tap,” says Rios.

She never worries if the water she uses is contaminated.

Rios and other students at Olmsted Academy South, Westport Middle, and W. E. B Dubois Academy read "A Long Walk to Water" which is the true story of young kids in Sudan.

“I was really surprised. I didn't think that places didn't have clean water. I never knew that they had contaminated water and that it was hard for them to actually get water, get access to clean water,” says Rios. “Some children, they wake up and they don't get to go to school they immediately have to get water and take time out of their day, eight hours to go get water.”

The students got to experience just a fraction of what children impacted by the global water crisis go through to get clean water by carrying one or two gallons of water around the school track.

To be part of the solution, students at the three schools raised money to donate to the Ugandan Water Project.

The goal was to raise $3,600 to fund one rainwater collection system for a school in Africa.

A single rainwater system can support 100 to 500 people for 20 or more years. 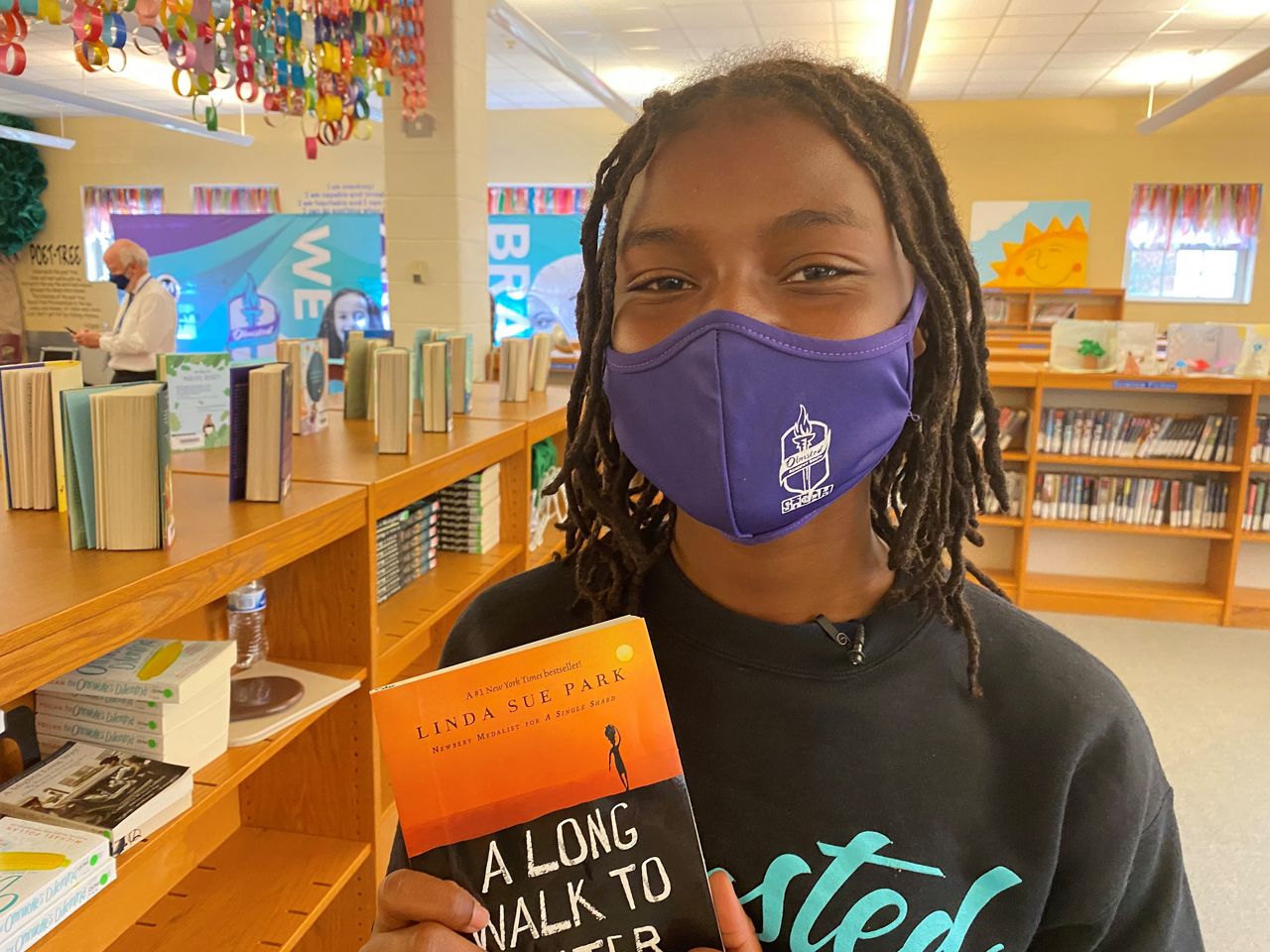 Amari Martin, a 7th grader at Olmsted Academy, and other students learned about the global water crisis while reading “A Long Walk To Make” by Linda Sue Park. (Spectrum News 1/Ashley N. Brown)

“When the project first started, I was like, that's a lot of money that we have to raise, and I was kind of scared and a little bit confused because we haven't read the full book yet, and so I didn't fully understand why we were doing the project,” says Martin. “Once I got an understanding of the project, I was like, I think we can do this, and I was very excited and happy. I think it's important because it's good to help people in need and help other communities that don't have the resources that we have.”

The students raised $9,709 by allowing classmates to dress down or wear pajamas to school instead of uniforms in exchange for a $3 donation.

Ruba Almeshhedani hopes her classmates are proud of the impact they made on students across the globe.

“They're gonna feel really good to have clean water so nobody else would get sick and so they don't have to get their water cleaned and walk a lot.

Rios received a handmade bracelet from Uganda and a T-shirt for raising more than $100, but the real reward is one she can’t wear.

“It feels really good especially knowing that I contributed to a cause that can and will change people's everyday lives,” says Rios.

Kimberly Tuney, an English teacher at Olmsted Academy South, says the partnership with the Ugandan Water Project bridged the lessons about the water crisis to making a difference in the lives of those impacted.

“I hope that students Olmsted Academy students specifically, I hope that they have a little bit more empathy. They have a little bit more connection to the world around them to know that what they do today makes a difference today and that what they're learning today isn't just something that's for today. It's for their future as well,” says Tuney.

You can learn more about the Ugandan Water Project here.