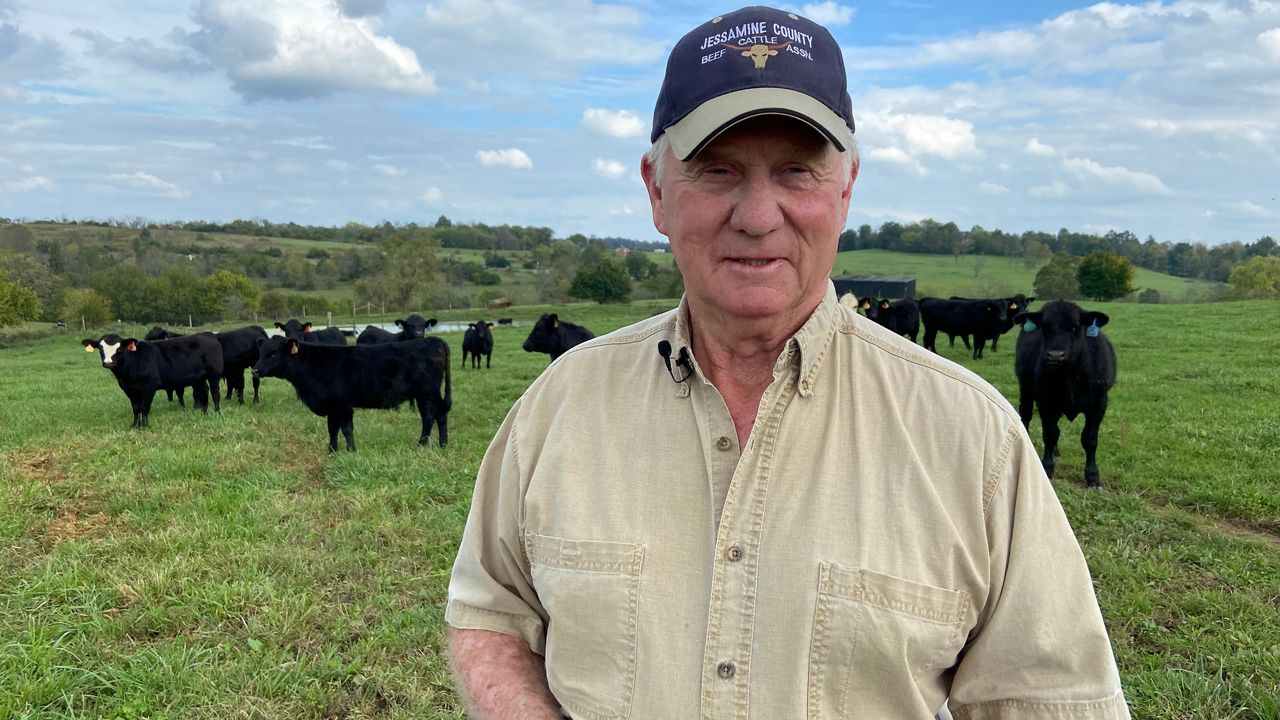 Kentucky cattle farmers like Charles Miller say they would like to see a regional beef processing facility in the commonwealth. (Spectrum News 1/Erin Kelly)

FRANKFORT, Ky. — Kentucky cattle farmers are pushing for a regional beef processing facility to be opened in the Commonwealth, saying it would keep cows from being trucked hundreds of miles away and help quell supply chain issues.


Charles Miller was born and raised on a farm in Jessamine County, where he's been raising cattle for about 60 years. 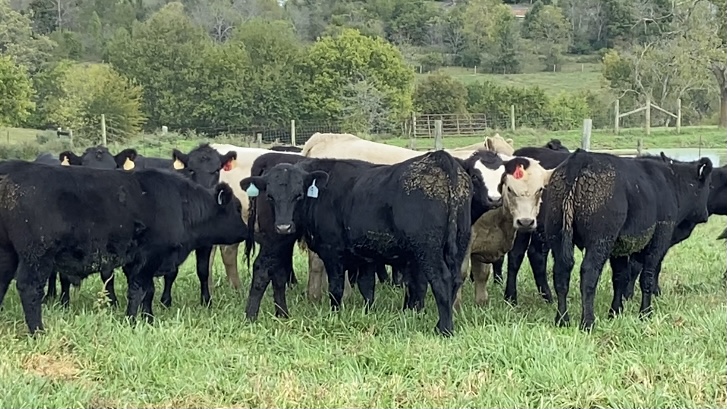 "I love to take care of these critters," he told Spectrum News 1.

His calves, weighing around 600 pounds, were born in the spring and will be sold in December. They'll likely be trucked hundreds of miles away to put on weight and be processed, Miller said.

"If we had a processor here, it would provide an opportunity for people to finish cattle in state," he said. "In other words, wouldn’t have to ship them to Kansas. They could be finished here in Kentucky. We have got enough corn. We’ve got enough feed here locally available now that we could do that."

Dave Maples is the executive vice president of the Kentucky Cattlemen’s Association. He said the supply chain would benefit from a Kentucky processing plant.

"During the pandemic, it’s just become very apparent that we’ve got these big processors and our food supply chain is centered in a small area," he said, referring to four large meat processing facilities located outside Kentucky.

Maples testified about the subject at a recent agriculture committee meeting in Frankfort.

"If I sell a cow at a stockyard today, that cow’s got to drive ... a minimum of 500 miles before she’s processed, and then it comes back 500 miles," Maples told lawmakers. "I think our food supply chain has got to take note of that."

According to a letter from lawmakers to Gov. Andy Beshear, a company was considering a location in Christian County for a slaughterhouse but decided it was "no longer a viable option."

Lawmakers then asked the governor to encourage the company to locate in Kentucky.

A letter by Beshear to lawmakers said he encouraged owners of the possible facility to choose Christian County, but that "multiple residents -- including local elected officials and state representatives -- expressed opposition to the proposed facility in that location" and the company "announced its intention to build the facility outside the Commonwealth."

Spectrum News 1 left a message for the processing company named by lawmakers as considering Christian County.

The Kentucky Cattlemen’s Association will continue to push for a regional plant and more resources for existing smaller processing plants in Kentucky, Maples said.