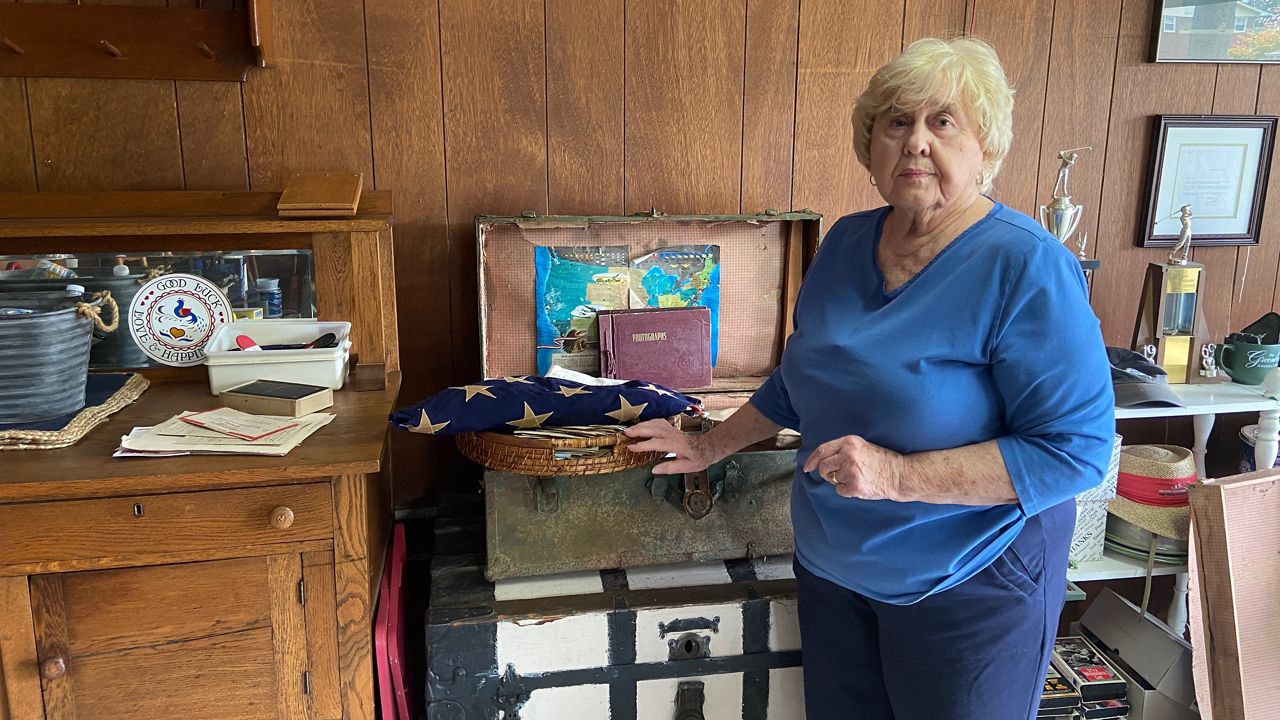 She never met her father who died in WWII. However, a chest of his belongings is bringing her closer

BOWLING GREEN, Ky. — Velda Alexander's father, Johnnie Elmore, left for World War II when she was just six months old but a recent discovery allowed her the chance to learn more about her dad and his service.

Alexander's father died at age 31 when she was just 11 months old. He was a member of the ROTC before joining active duty. Alexander said she was shocked to find what was in the chest.

“When I opened it up, I was just amazed at all these letters that had been saved and were still very legible," said Alexander. "His uniform was still in here and his flag that was draped over his casket when he was brought back and it’s like I began to learn who my father was."

Elmore was a member of the United States Army. Alexander is thankful that the only item saved during her grandmother's old store demolition was a chest that allowed her to learn more about her father.

Her cousin, Ronald Elmore, was the one who kept it during the cleanup.

“Lucky enough, I came across the chest and I thought, 'Well I kept this long enough. I need to pass this on to someone who really is going to enjoy this,'" said Ronald. "I need to get it to the family that needed it.”

Alexander said there are over 100 letters in the chest and she reads them daily. She even found out her father gave her the nickname "Froggy," which her mother told her came from her active legs as a child.

She said the letters truly have allowed her to see their similarities.

“All these years, I heard my uncle and my grandmother and my mother talking about what a gentle person he was and how close he was to his family," said Alexander. "I see that now what a giving, loving person he was and hopefully, I have inherited some of his traits.”

Elmore's purple heart award for being killed in active battle was also in the chest.

Alexander said she spends hours each day going through all the notes to her and her mother. She said she truly is glad to fulfill that void of knowing who her father was and what he was all about.

“All these memories came back of stories I have heard from my uncles and aunt about my father," said Alexander. "I was able to really see the real person who he was, what he was like and what my life would have been like if he had lived.”

Alexander has had the chest for about a month.