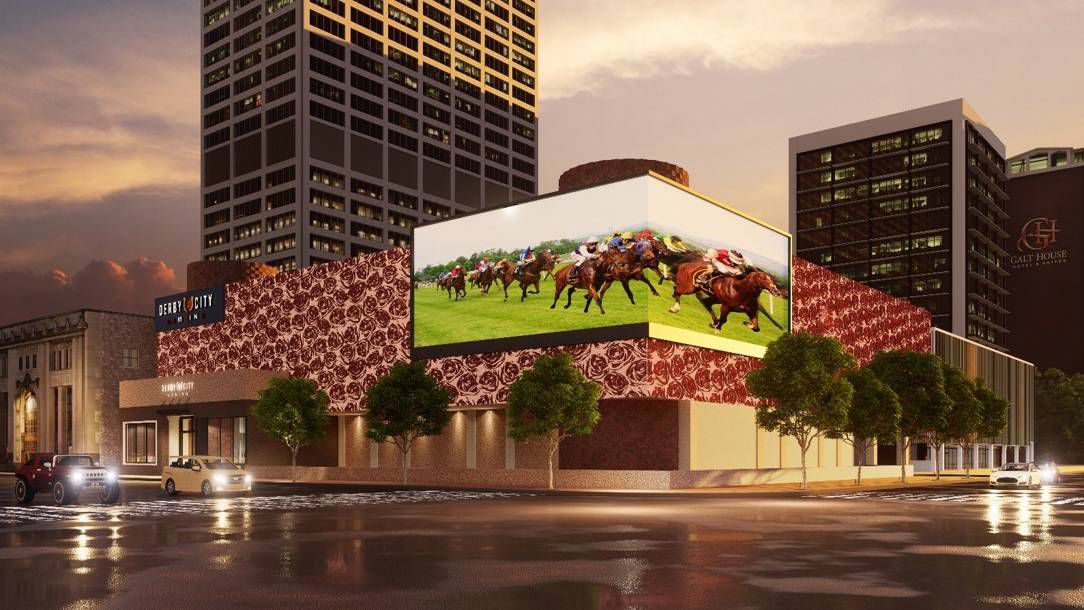 A rendering of the new venue. (Churchill Downs Inc.)


The venue will initially include 500 historical racing machines, a "fresh-air" gaming area and more than 200 onsite parking spaces, according to Churchill Downs. There will be three bar concepts, including a main-level sports bar with a stage for music and live entertainment, a premium bourbon library and a wine and charcuterie lounge. Churchill Downs added there will be a retail and merchandise store located on the street level where guests can purchase Derby-themed merchandise. 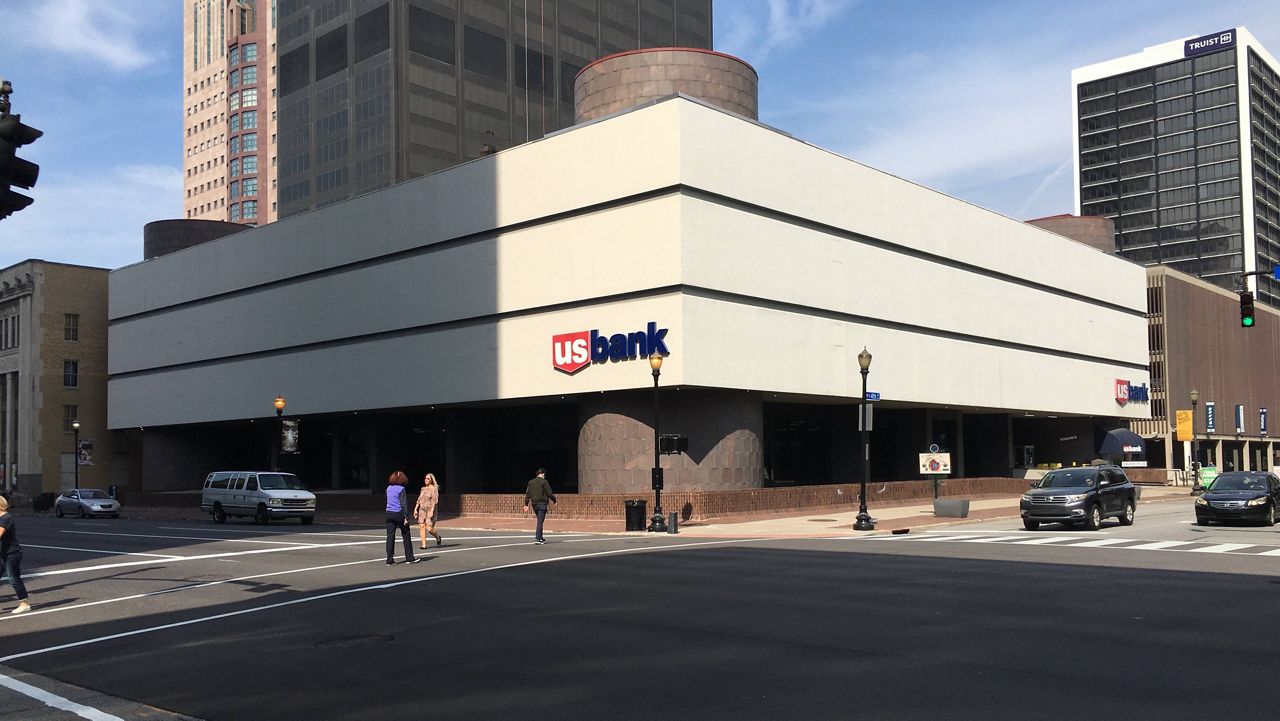 The new venue venue will open at 140 South 4th St., at the corner of South 4th and West Market. (Spectrum News 1/Joe Ragusa)

The investment is expected to create 450 jobs for the local economy, including 350 construction jobs and more than 100 new permanent jobs, according to Churchill Downs.

"The company will collaborate with OneWest and other community organizations in an intentional effort to provide job opportunities at the entertainment venue to individuals residing in Louisville’s most under-resourced neighborhoods as well as provide training and additional social support services that focus on retention, workforce development and professional advancement. [Churchill Downs Inc.] will increase its efforts to identify and contract with women-and minority-owned businesses for supply chain and contracting needs," stated a release from Churchill Downs.

“[Churchill Downs Inc.] is committed to investing in the city of Louisville and today we are particularly excited to announce this new downtown entertainment venue," said Bill Carstanjen, CEO of Churchill Downs Inc. “Our [historical racing machine] expansion will be a win for the entire community in the Louisville area and will create $10 to $12 million per year in additional purse money for Churchill Downs Racetrack. It is important that Louisville is a city that is thriving — a great place to live, work and visit and we are committed to helping create economic vibrancy for every area of our community. The West End Opportunity Partnership and our collaboration with OneWest can help us responsibly and sustainably achieve that vision.”

Louisville Mayor Greg Fischer said the investment is an important part of the revitalization of downtown.

“Today, Churchill Downs becomes an important component of a downtown Louisville revitalization that has been gaining momentum the last several years. Downtown is our community’s center, and as the economic engine of the region, our downtown also is our region’s center,” said Fischer. “Derby City Gaming Downtown will bring even more life to Fourth Street with just shy of an acre’s worth of space for more entertainment offerings, another stop for bourbon fans, a shopping outlet for Kentucky Derby merchandise and permanent jobs to downtown. Thank you, Churchill Downs, for your commitment, your investment and for your belief in our great city.”