LOUISVILLE, Ky. — The city of Louisville has honored Breonna Taylor with memorials, protests and even art exhibits. Now one cosmetics business is giving back to honor Taylor's aspirations of becoming a nurse and hoping others will be inspired to do the same. 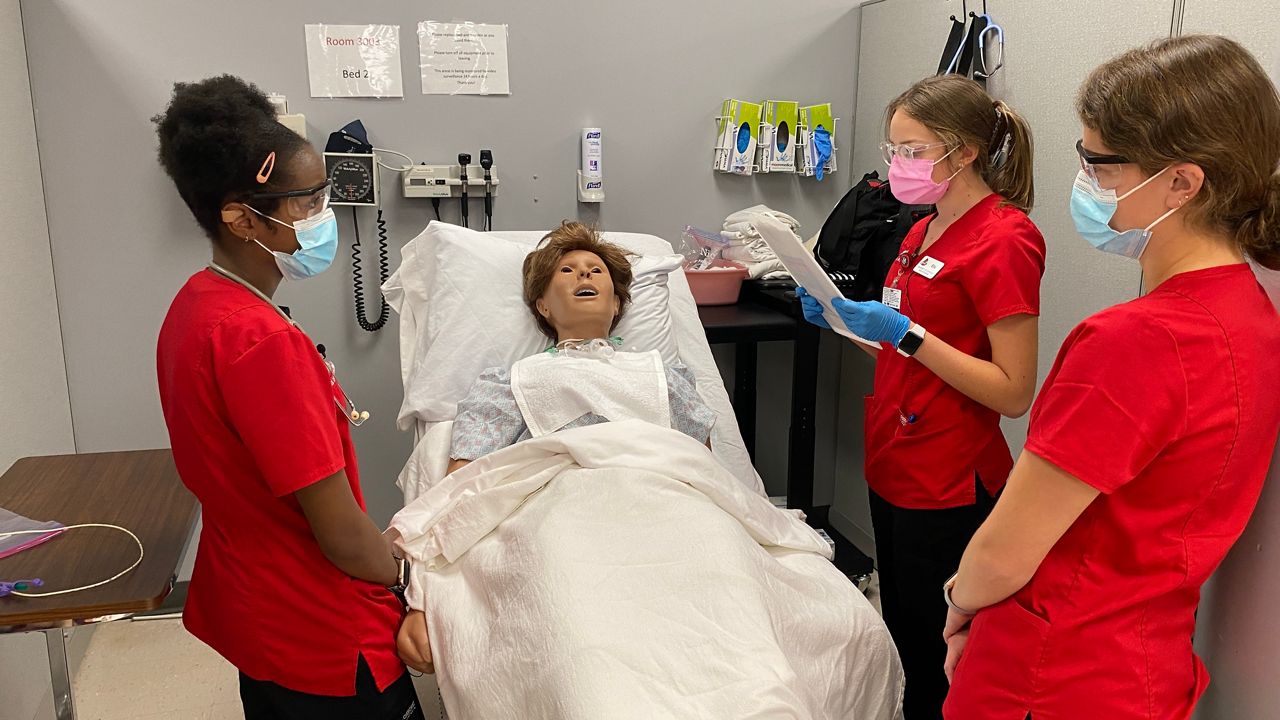 After struggling with chronic health issues throughout her high school career, Abdulnur knew nursing school was in her future.

“It just really inspired me to go into nursing because of the way they looked after me and my grandmother. It inspired me to do better in school, it basically solidified what I wanted to do,” Abdulnur said.

Fund organizers hope to raise $2,000,000 to make sure the scholarship can be offered every year. Thrive Causemetics also donated an additional $3,000 toward an immediate-use scholarship.

“This is a scholarship that gives hope, hope to somebody who more than likely would not have the opportunity to become a nurse and as we know today more than ever we need individuals going into nursing,” said Sonya Hardin, dean for the School of Nursing at the University of Louisville.

Breonna Taylor worked as an emergency room technician at UofL Health with aspirations of becoming a nurse.

“I think it's such a testament to this community who recognized that this was a young woman who had goals and dreams of her own that will never be realized. With this endowment, its people give back such as Thrive Causemetics to see that someone in this community can be successful,” Hardin said.

To honor her life, the scholarship will be granted to a Black female who is a Kentucky resident.

In addition to the four-year renewable reward, the scholarship fund focuses on a variety of socioeconomic backgrounds, including underrepresented minorities, low-income and first generation college students like Ameerah.

“I know there are a lot of people who could definitely benefit from it, a lot of people who are working jobs while in nursing school just to make ends meat due to being first generation college students, things like that I also relate to myself. I think once they’re made aware of this, a lot of my friends in nursing will want to take this opportunity,” Abdulnur said.

UofL freshman Kaelyn Goatley was the recipient of the immediate-use $3,000 award from thrive cosmetics. Goatley plans to work as a labor and delivery nurse in pediatrics when she graduates.

More information on the Breonna Taylor Endowment can be found here.