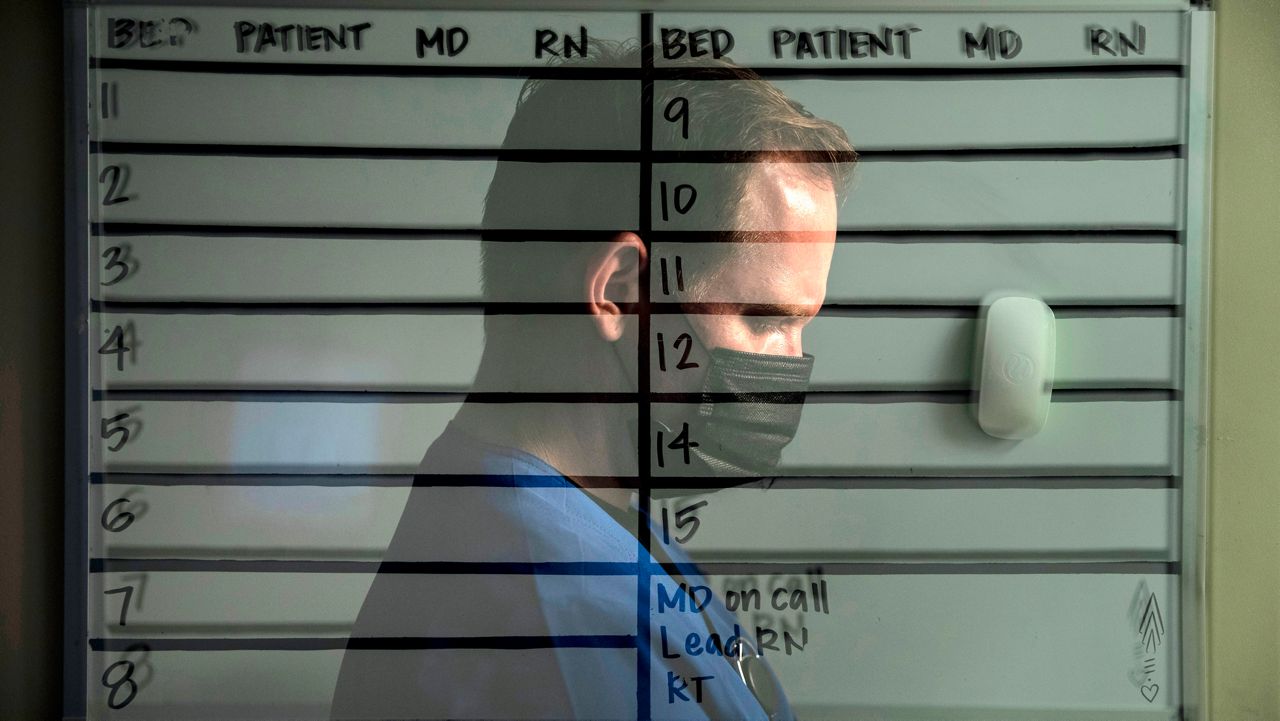 "As of yet, no senator or representative has asked to meet with me. No one has presented me with a plan on it," said Beshear. "If what they’re referring to is, what was it, Senate Bill 7 that was introduced on the last day of the special session, it attempts to appropriate dollars that don’t exist."

To provide some relief to hospitals, the state is utilizing FEMA teams and has deployed 400 National Guard members to over two dozen hospitals around the state.

A Kentucky Hospital Association (KHA) spokesperson said staffing shortages have been an issue in Kentucky for years. As the baby boomer generation started retiring, there were not enough available graduates to replace them. KHA said the surge in COVID-19 cases spotlighted the problem as there is now an even greater need.

Dr. Mark Dougherty, an epidemiologist with Baptist Health Lexington, said the latest wave of the pandemic has been challenging. He said many colleagues are feeling mentally and emotionally drained.

“We did see what appeared to be light at the end of the tunnel. Now, to have to deal with a surge that is even worse than the first one ... We have more patients in the hospital, sicker ones, and we don’t know where the end in sight is. That’s very difficult emotionally. Some of the staff are telling me they’re just coming to work fighting back tears," said Dougherty.

He said many health care professionals are dealing with acute stress disorder from the pandemic, driving some to leave the industry.

KHA CEO Nancy Galvagni and Vice President of Policy and Government Relations Jim Musser will be testifying Wednesday at 1 p.m. before the Kentucky General Assembly's Interim Joint Committee on Health, Welfare and Family Services regarding staffing at Kentucky's hospitals.

KHA urges everyone to get vaccinated to slow the surge and provide relief for health care workers in the state.