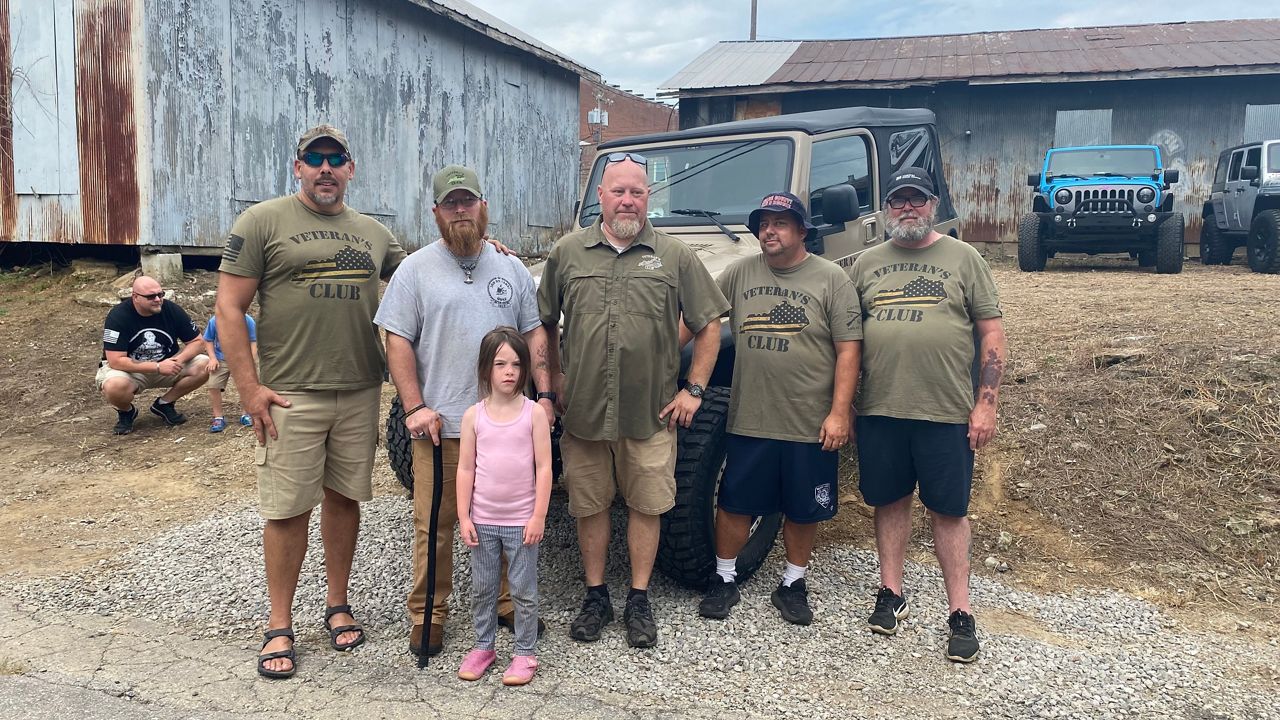 SHELBYVILLE, Ky. — Veteran’s Club Inc. members have rebuilt a donated 1997 Jeep, and on Sunday afternoon, their hard work paid off as the final product was revealed.


Russell Blumer, a United States Air Force veteran, compares building a Jeep from the ground up to the relationships he has built.

“I think what we've learned, more than, rather than building a Jeep, is we've built friendships and relationships that will last forever from this point on,” Blumer said. 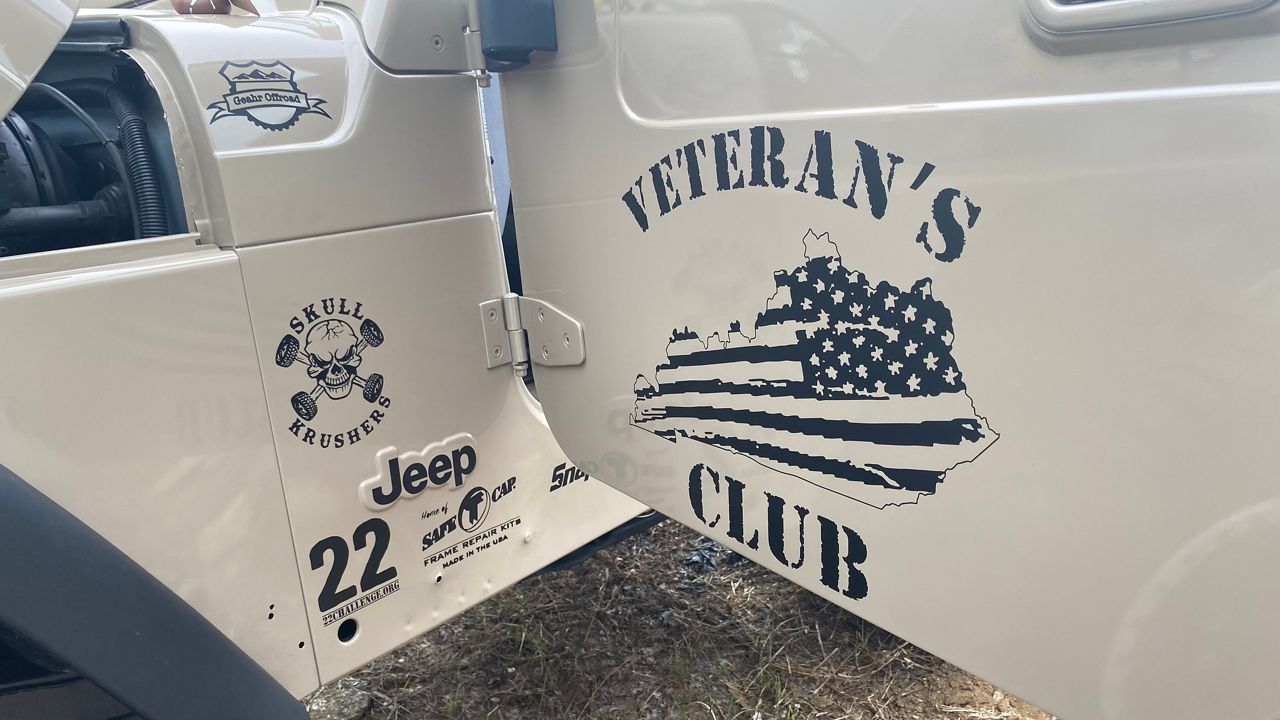 Blumer spent four years in the Air Force where he was an aircraft mechanic and now has more than 30 years of experience. Blumer was one of the leaders of the Veteran's Club program “Operation Jeep Build,” but he said it was more than just learning new skills for everyone involved.

“We're building each other up. If someone didnt know how to do something, I would step back, let them even possibly make a mistake and have them learn, and they had such a sense of accomplishment from that, and I think that was the biggest thing we all got out of this,” Blumer said.

This was the first Jeep the Veteran’s Club has completed thanks to a group of 50 veterans who came together for the transformation.

“It's hard to describe the sense of overwhelming accomplishment. It's come to fruition,” Blumer said. “When we first saw this thing, we thought there's never in a million years were we going to get this to where it is to this point in the amount of time we did.” 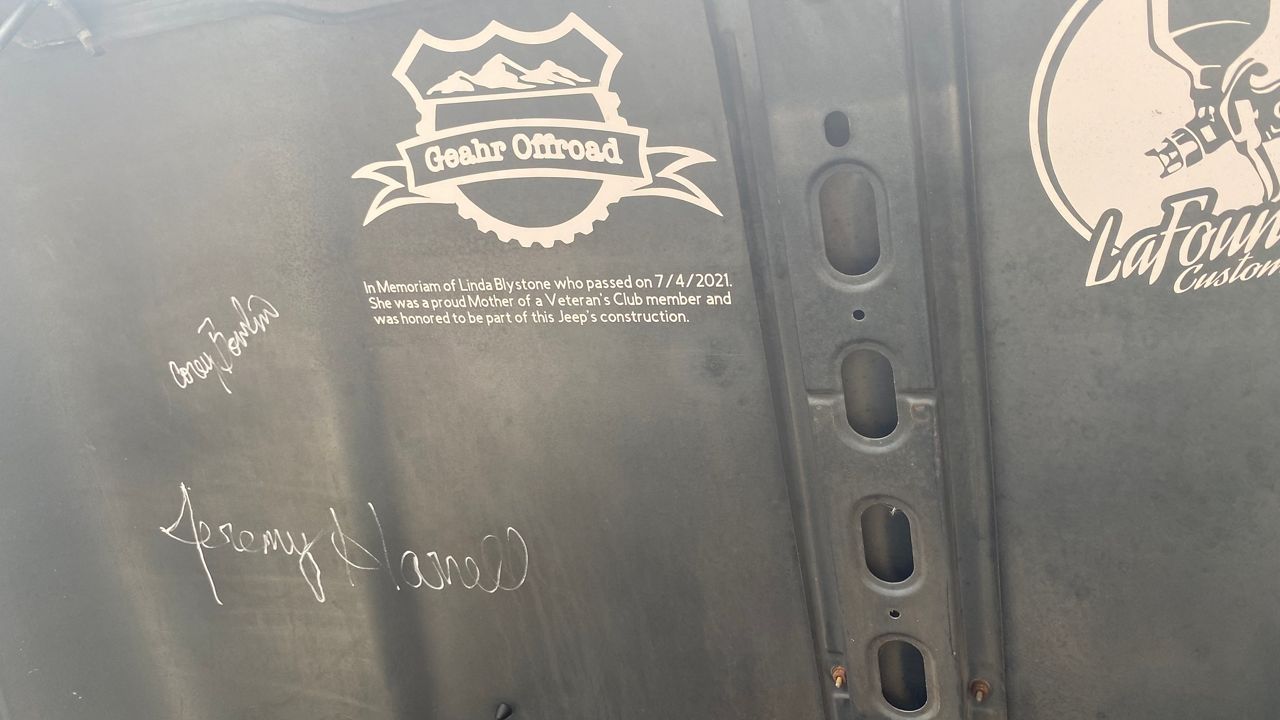 A sticker on the inside of the Jeep in memory of Russell Blumer's mother. (Spectrum News 1/Erin Wilson)

The veterans in the program left their mark on the jeep as they signed the inside of the Jeep hood. Inside the hood was a sticker in memory of Blumer's mother who had a hand in the project before losing her battle with cancer.

“Her sacrifice in all of this was allowing her child to join the military and for her to see this and be a part of it and put her hands on it meant the world to me, and I wanted her to meet the people responsible for making this happen,” Blumer said.

The finished product will be used by veterans for off-roading on trails and advertising their program at various events to inspire others to get involved.

“Come get your hands dirty, learn something, who knows. You never know what could happen. We could put you on a path to wherever you'll end up and hopefully it's a good spot,” Blumer said.

The Veteran’s Club is set to start rebuilding its next jeep in either November or December.