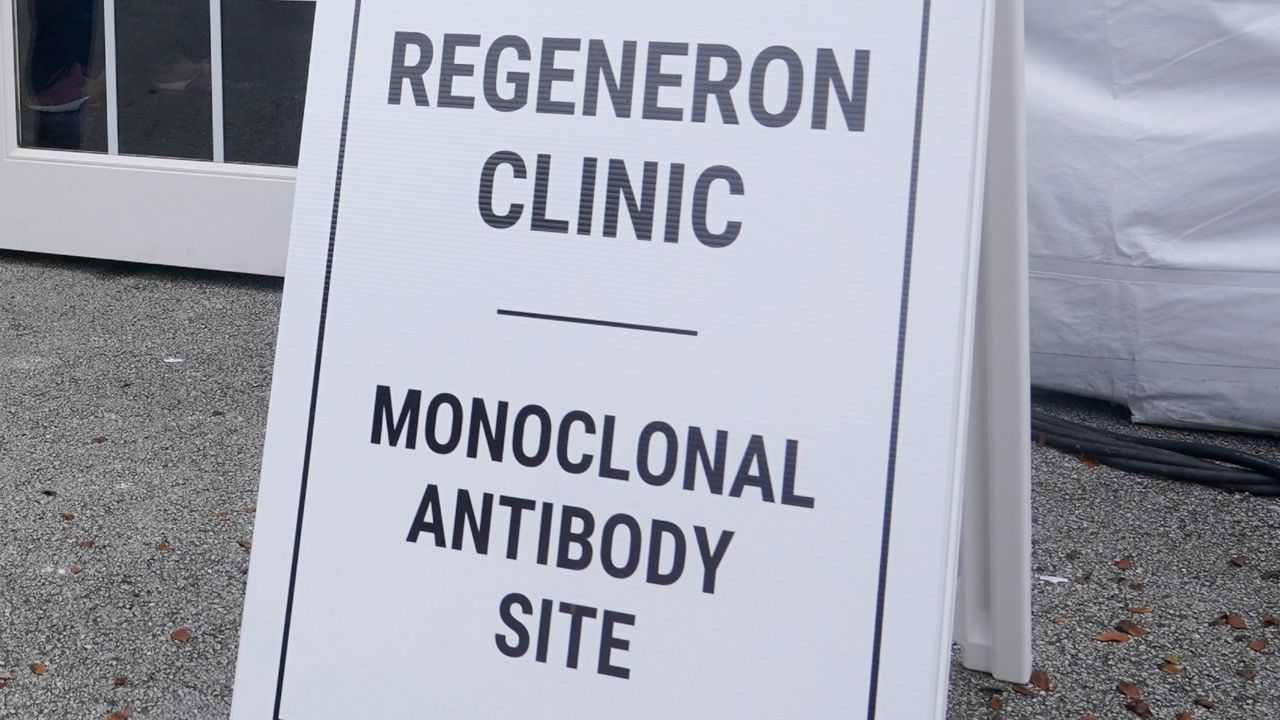 FRANKFORT, Ky. — Gov. Andy Beshear announced a national shortage of a COVID-19 treatment will have an impact on availability in Kentucky.


Gov. Andy Beshear said the federal government announced a change in the way monoclonal antibody treatments will be distributed to states due to supply shortages amid growing demand across the country. Health care providers will not be able to order the treatments directly anymore. Now, state governments will receive a capped number of treatments each week. Beshear said state officials will do their best to allocate the treatments fairly to the 139 providers across the state currently using monoclonal antibodies.

In a video message shared on Twitter, Beshear urged Kentuckians to get vaccinated.

"That thing you’re counting on might not be available,” Beshear said.

Today, Gov. Andy Beshear said the federal government announced a change in the way COVID-19 monoclonal antibody treatments will be distributed among states due to supply shortages and extraordinary demand across the country.

Kentucky Cabinet for Health and Family Services Commissioner Dr. Steven Stack said demand for monoclonal antibodies in Kentucky has grown 18-fold in eight weeks. The treatment has been around for a while but it's been used more recently. Many first learned about the treatment when then-president Donald Trump received monoclonal antibodies while he was hospitalized with COVID-19 last year.

Burns said the treatment uses synthetic laboratory-created antibodies to temporarily boost the immune system. It's a treatment that is best used early to try to prevent hospitalization.

“These treatments have been shown to be very effective, particularly for people who are at high risk of developing severe COVID-19 disease,” said Burns.

Burns said the shortage of this treatment couldn't have come at a worse time. The latest report Wednesday shows there were 5,398 new cases. That's the fourth-highest daily total of new cases in Kentucky since the start of the pandemic.

“These are indicated to help keep people out of the hospital. Unfortunately, I think it may cause more admissions and unfortunately, more bad outcomes,” said Burns.

A rise in hospitalizations could be dire as many hospitals in the state report depleting resources.

“It’s really difficult for us to absorb more patients in that. We are running out of health care workers to take care of them. We are running out of high flow oxygen," said Dr. Mark Dougherty, an epidemiologist with Baptist Health Lexington. "One of the things I don’t think is talked about as much is running out of the medication tocilizumab, which we are using when people are really severely ill either approaching the ventilator or on the ventilator to reverse the overactive inflammatory process. We think that’s saving lives. Hospitals all across the country have run out of that medication. It’s on reservation because everyone has realized it’s a good thing to do in a certain stage of COVID, so we really need things to slow down.”

With the current strain on Kentucky's health care systems, Burns, Dougherty and Beshear are encouraging Kentuckians to get vaccinated.