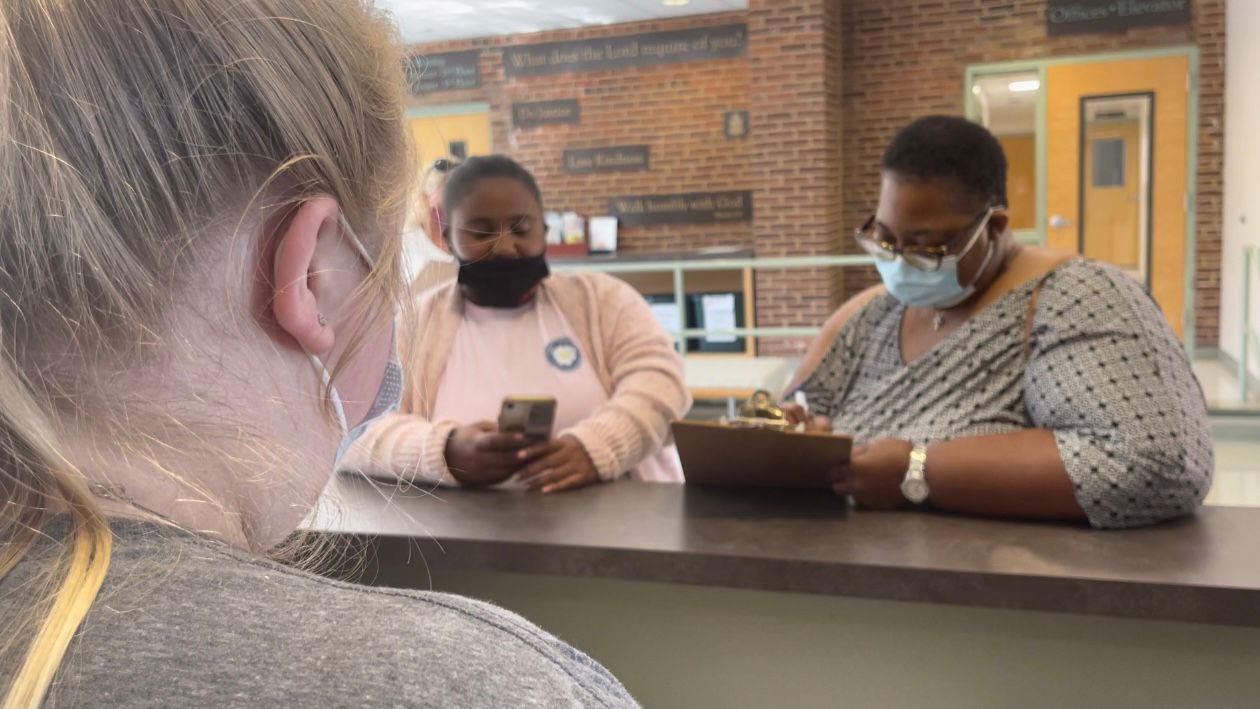 WOODFORD COUNTY Ky. — A committed Woodford County woman is doing what families do best: protecting their loved ones.

In this case, it's finding a way to help the community beat COVID-19.


Diane Demus' life changed in 2020, and not because of the pandemic. She was diagnosed with stage 2 multiple myeloma. "I was scared. I was worried," explained Demus.

The 56-year-old has now taken it upon herself to make sure the entire commonwealth is vaccinated by encouraging people to get a COVID-19 shot.

"They’re kind of on the fence about getting it, and I feel like I’m helping them to get it, you know, to make up their mind," suggested Demus.

As someone with an underlying health condition, she knows getting COVID-19 could be a death sentence.

With her immune system compromised from chemo, she gladly became fully vaccinated in March.

Demus said she just shares with people about her experience.

"You feel a little bad the first day, and then it's over. It’s nothing that’s ongoing," explained Demus

Not everyone is persuaded, and Demus is okay with that. However, she is hopeful people will at least consider rolling up their sleeves.

"If they’re willing, then I’m willing to help them or take them or they need a ride or want me to hold their hand. Some people are actually scared," said Demus.

The decision for Kaziah Devine to book an appointment was ultimately made because of other people in her life, like her aunt Diane and her 6-year-old brother who is immunocompromised.

The 13-year-old is also encouraging the vaccine, if not for themselves, but their loved ones and the rest of us.

"It’s kind of selfish if you don’t want to get it and you're— There’s no point in it. Think about the people around you, think about the chances of them getting sick," said Devine.

While Demus remains motivated to convince vaccine holdouts, she believes it’s an investment that could keep her community safe.

"I feel like I’m saving a life," said Demus.

According to data provided by the state, 42% of Kentuckians aren't vaccinated.