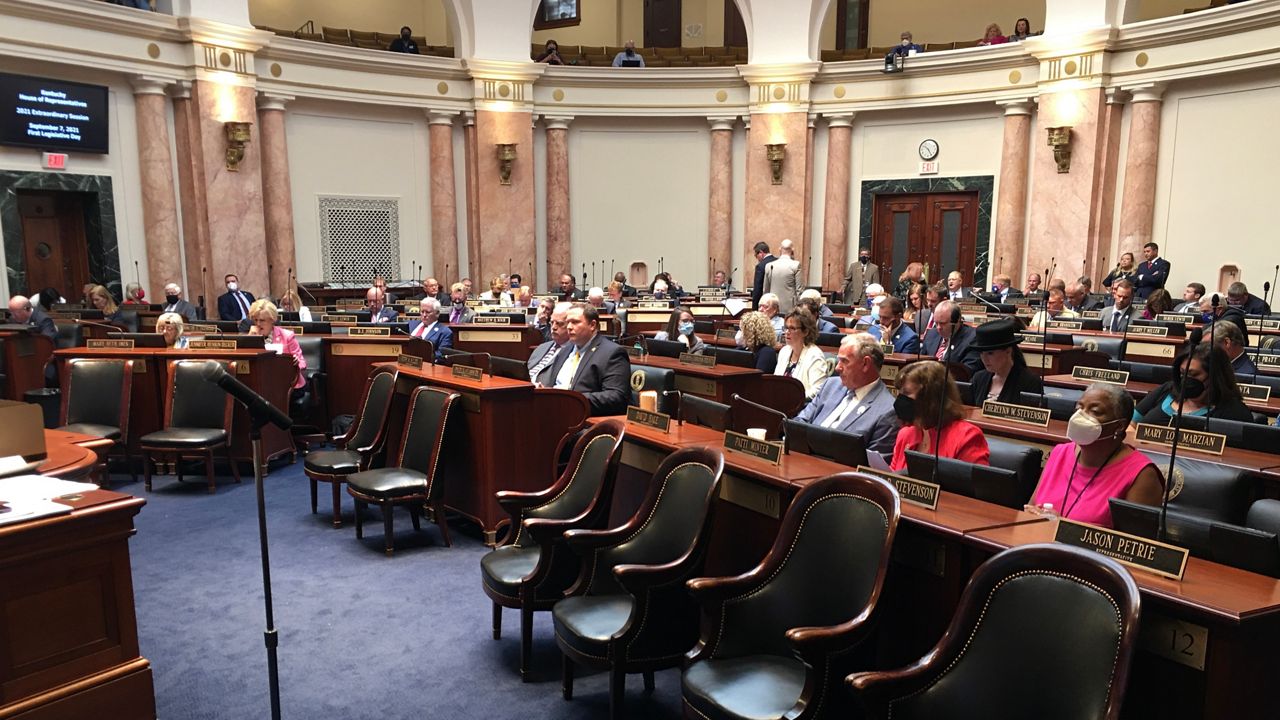 “We hope to be in here as few of days as possible,” Senate President Robert Stivers (R-Manchester) said, specifying further that lawmakers may be only be there until Thursday or Friday. “But our hope is to get it right.”

Other bills lawmakers will work on this week include more than $69 million in federal dollars for COVID response efforts, hundreds of millions of state dollars for economic development projects, and a cap on legislative pay so lawmakers won’t be paid

Another bill, Senate Bill 1, would remove the mask mandate for schools.

“When you do it at a statewide (level), you don’t get down to that local level to understand what particularly has taken place in a city or county,” Stivers said. “And it has been extreme on many places.”

The education bill allows school districts to implement their own mask policies. It also creates a statewide “test to stay” initiative, aiming to lower the number of students who need to quarantine if they’re exposed to the coronavirus by allowing them to stay in the classroom if they test negative.

Lawmakers also approved 20 days of remote learning for each district this semester, days that can be used for individual schools, classrooms, or groups of students if they need to isolate. This part is separate from the 10 nontraditional instruction days, or NTI, that school districts get.

“I don’t think that any bill will completely fix every single issue that every school is having,” House Speaker David Osborne (R-Prospect) said. “I think that this bill will give the flexibility to school districts that they need to manage this crisis.”

This session follows multiple court battles over whether lawmakers can have more authority with the pandemic.

“The legislature is the policymaking body and I’m glad we’re here to be involved in that, but we cannot micromanage this crisis from this chamber,” McGarvey said.

But many were unhappy with the way Beshear handled the pandemic, including Senate Majority Floor Leader Damon Thayer (R-Georgetown).

“We heard from the constituents whose churches were locked out,” he said. “We saw the pictures of the state police citing people on Easter Sunday for going to church. That is why we are here.”

Legislative leaders tweaked procedural rules to pass bills more quickly than usual, which is why they expect the session to only last until Thursday or Friday.

They changed the procedural rules even further when they passed HJR 1 on Tuesday, because usually bills need to spend at least three days in each chamber before they can be sent to the governor. Osborne said a Kentucky Supreme Court

The special session costs approximately $70,000 per day lawmakers are in town.