After mixing the ingredients in a bowl, the students selected different colors to dye their mixtures red, pink, purple and green before heating them on the stove. 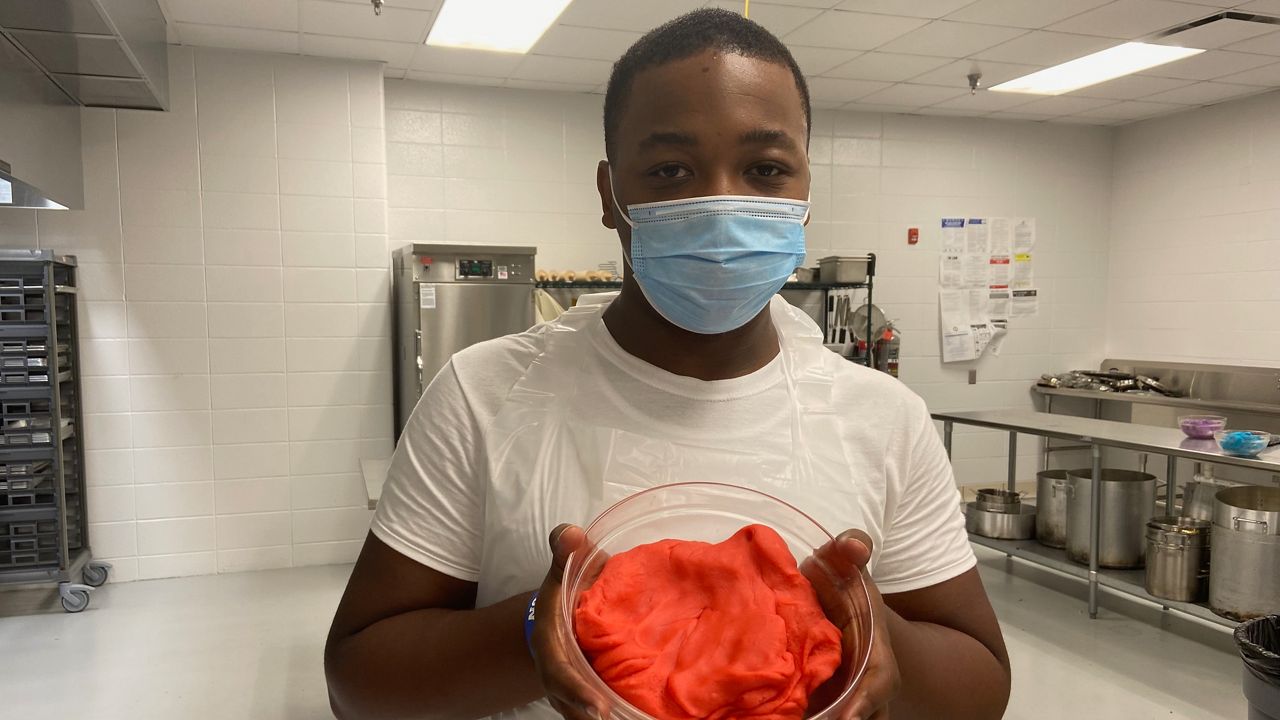 The assignment, a recipe for homemade play dough, was planned to help students learn how to measure and eventually practice knife skills while saving money on the food budget.

Sophomore Malachi Patterson, who mixed a red ball of dough, said he hopes to get a culinary degree.

"Cooking’s like a happy place for me," he said. "It calms me down."

The students will be able to tackle even more recipes, thanks to two donations.

The nonprofit The LEE Initiative announced last week that the McAtee Community and Training Kitchen is partnering with Jefferson County Public Schools and restaurant wholesaler What Chefs Want to give $10,000 in food credits to both Iroquois and Western high schools.

"The $10,000 in food credits that we have for this program is huge," said Rhodes. "Before we had this credit, we were working with a budget of about $13 per student to cook for the entire school year.”

The students at both schools will give back to the community once a month, she said. 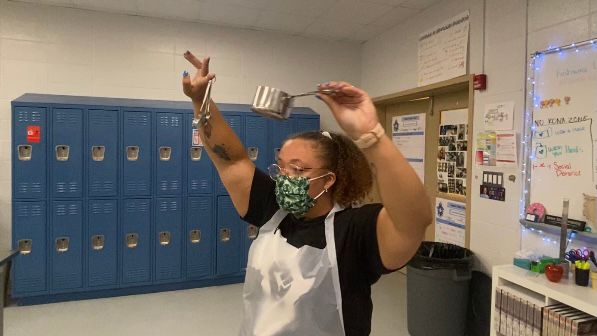 “Starting Sept. 16, families will be able to come to Iroquois High School from 4:30-6:00 to pick up a free meal for just a single person or we have multiple meals that we can give for families," Rhodes said.

Chef Edward Lee, the co-founder of The LEE Initiative, said in a statement: "We need to encourage the next generation of chefs in Louisville and support them from the beginning of their journey. There are many young kids in high school that have the interest but not the support. We want to be the change that is necessary and nurture a restaurant industry future that is more diverse, inclusive and creative."

Along with all the other culinary skills, Rhodes said she wants students to learn the importance of taking care of their communities.

"They have a lot that they can teach me just as much as I can teach them," she said. "I think that they’re resilient, they have a lot of grit and there’s some amazing talent in our school.”

Southern Living recently named Rhodes as a 2021 Cook of the Year.