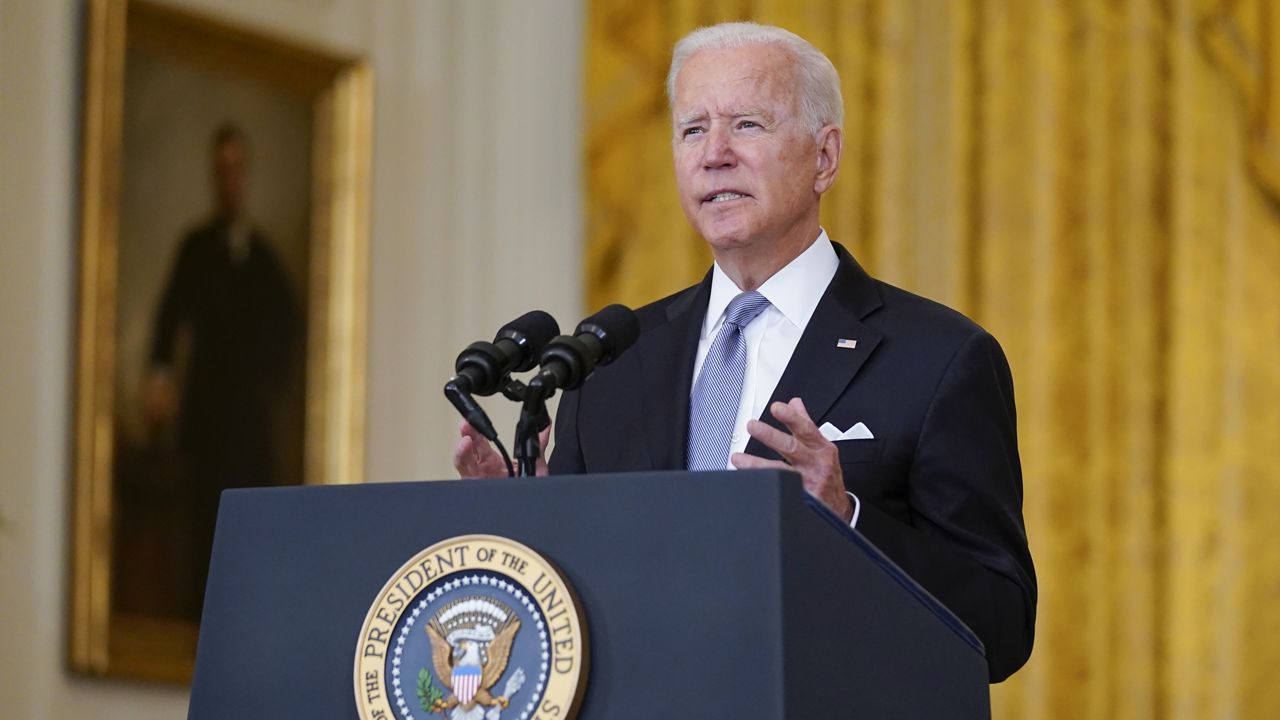 Biden defends Afghanistan exit amid Taliban takeover: 'I stand squarely behind my decision'

President Joe Biden on Monday doubled down on his decision to withdraw American forces from Afghanistan, even as the Taliban roamed the country’s streets, exerting control over its capital and forcing the American embassy to evacuate its staff as well as pushing thousands of Afghans to flee their homes.

The president repeatedly affirmed the decision to leave was the right one, blaming the Afghan government and security forces for their lack of will to defend the country and saying the withdrawal was critical to save American soldiers’ lives.

“I stand squarely behind my decision. After 20 years, I've learned the hard way that there was never a good time to withdraw U.S. forces,” the president said from the East Room of the White House, just hours after returning from Camp David.

“Truth is, this did unfold more quickly than we had anticipated,” Biden admitted, after Taliban forces took over the rest of the country’s major cities in less than a week. The president had previously said in July that the fall of Kabul was not inevitable and that it would not happen immediately.

But President Biden also affirmed that his view had not changed since he first announced the U.S. withdrawal in April: as the fourth president to oversee the war in Afghanistan, he did not want to pass the conflict on to a fifth.

“How many more lives, American lives, is it worth? How many endless rows of headstones in Arlington National Cemetery?” he asked. “I will not repeat the mistakes we've made in the past, the mistake of staying and fighting indefinitely in a conflict is not in the national interest of the United States.”

He added: “Here's what I believe to my core: it is wrong to order American troops to step up when Afghanistan's own armed forces would not.”

The president had been absent from public view since last Tuesday, when he last spoke about Afghanistan, and he had not responded to the fall of Kabul.

President Biden took no questions after his speech Monday, and the White House announced immediately after that he would once again leave Washington for Camp David.

The president on Monday spoke directly to veterans who fought in Afghanistan and families who lost loved ones in the war.

“This is deeply, deeply personal. It is for me as well,” Biden said.

But he explained that his own work on the issue, including as vice president, has always had a narrow focus: counterterrorism.

“Our mission in Afghanistan was never supposed to be nation building,” he said. “Our only vital national interest in Afghanistan remains today what it has always been: preventing a terrorist attack on American homeland.”

But he did not acknowledge the immediate danger that thousands of Afghans faced Monday night under the new Taliban rule, especially the thousands who worked alongside U.S. troops over the years as interpreters, drivers and other roles.

The U.S. had begun to slowly evacuate those allies last month, and 2,000 have arrived in the United States, but there are as many as 80,000 in the pipeline.

“I know my decision will be criticized,” President Biden said Monday. “But I would rather take all that criticism than pass this decision on to another president of the United States — yet another one, a fifth one.”