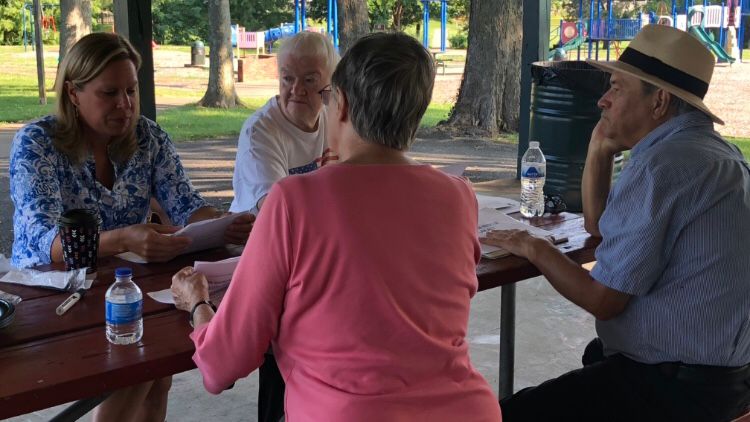 LEXINGTON, Ky. — The city of Lexington held its first of four public hearings to discuss with community members the distributions of funds from the American Rescue Plan Act (ARPA).

During a public hearing with council member Amanda Mays Bledsoe, members of the community voiced two areas of concern they would like to see improved. Connections between trials and senior villages to create community.

Bryce Taylor comes out to bike on the legacy trail in Lexington often and says trails within the community are just one way he commutes between places safely.

“I come out here on the legacy trail, and I love coming out here because I don't have to deal with the traffic that I do in my neighborhood,” Taylor said.

Bledsoe, says the city has been brainstorming ways to distribute the $120 million from ARPA. The main priorities are business and community members that were impacted by the pandemic.

“How would we think about the money and how can we all together think about the money. But the biggest piece in there is that the funds were made, mostly for economic recovery to those who are most affected by the pandemic. So that guiding principle is kind of a strongest one, within all of them,” Bledsoe said.

Taylor says seeing the trails around Lexington connect would create a safe and convenient way for people biking or walking to travel around the city.

“I saw Brighton trail, is that another one we connect with. You know kind of the other side of town and I thought, 'Oh, that'd be cool if they're connected. Why aren't they connected?' So, yeah, that would be wonderful. I don't know what all would be involved in that, but that'd be wonderful to have the trails connected,” Taylor said.

He also agrees that senior villages would be an impactful addition to the Fayette county area.

“I don't know how it wouldn't be beneficial to Lexington, I mean to the people, the residents as well as the families that would have people in there, you know, in terms of visiting them in terms of feeling like they're being cared for and keeping up their social networks, it's just so important to health,” Taylor said.

Connected trails and senior villages are just two of the many ideas the city is considering, making sure the funds will impact people in all areas of the community.

The city will host three more public hearings throughout August, the city will accept project proposals and ideas, and surveys until August 27.