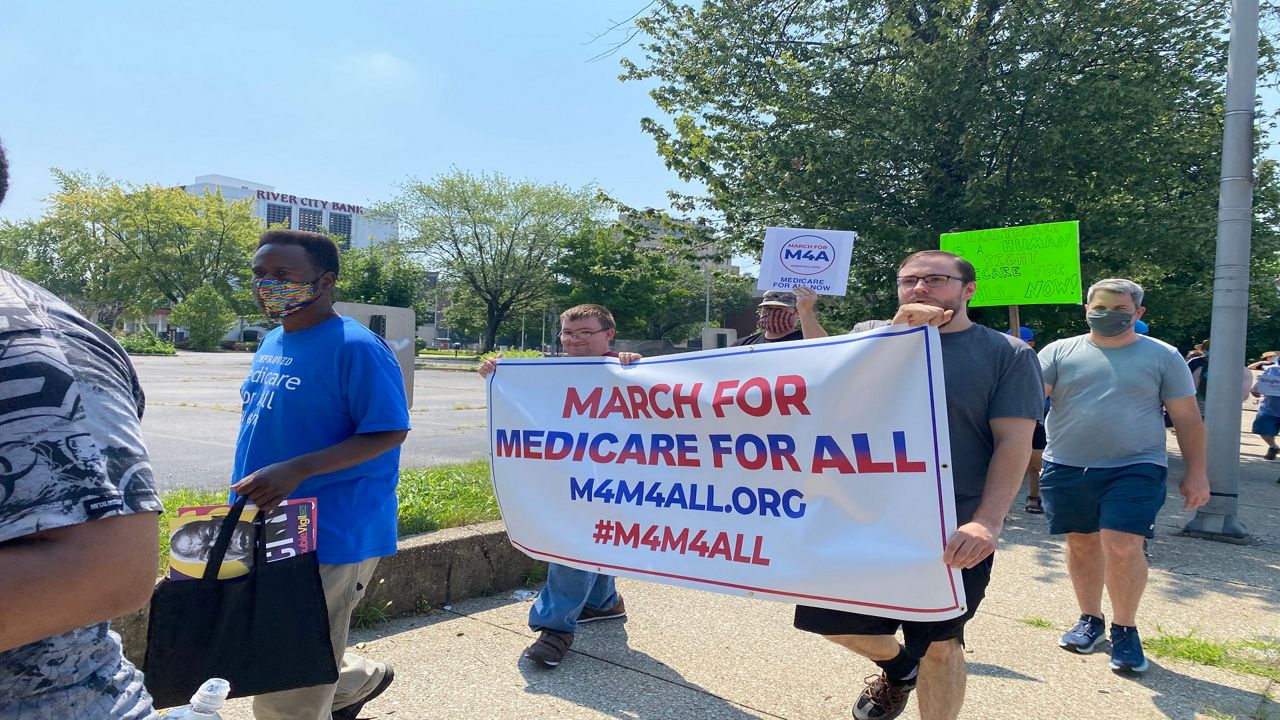 Demonstrators in Louisville join nationwide 'Medicare for All March'

LOUISVILLE, Ky. — Dozens of people took to the streets of Louisville and marched demanding better access to Medicare. Louisville joined 55 other cities across the country in a march for Medicare for All.

Kay Tillow helped organize Saturday’s rally and said she felt very passionately about the cause.

“All of us know that we are one serious illness away from bankruptcy because we have a system where people pay too much and are not covered and people go without care because of deductibles and copays,” said Tillow, the chair for Kentuckians for Single Payer Healthcare.

Tillow joined others in calling health care a human right and demanding that Congress take action to pass a national single payer improved Medicare for All plan.

Bob Brown said he felt the need to attend the march because he recently turned 65 and understands the benefits a single payer pan can provide.

“The single payer plan has been wonderful. I have been lucky and have had insurance all my life through my occupations. This plan, as a retired man, is as good or better than any insurance I’ve ever had," he said.

Dr. Garrett Adams, who has worked at the UofL School of Medicine, said there are many Kentuckians who are just a year or two away from hitting the key age of 65, who have limited finances and often put off seeking care until they qualify.

“People that are 63, or 63 and a half, or 64 can’t wait because they are working on hurt knees that they can’t do anything about. They can’t afford their medicine. They need advanced treatment for their congestive heart failure and they can’t wait for their 65th birthday so they can go on Medicare,” Dr. Adams said.

“It is going to take a few million people in action to persuade Congress that this is the right thing to do. But, we have to make it happen and we won’t stop until we have everyone covered under single payer,” said Tillow.

21 organizations participated in the Louisville Rally and March. They marched a half mile from the Romano L Mazzoli Federal Building to Jefferson Square Park to place flowers at the Breonna Taylor memorial.