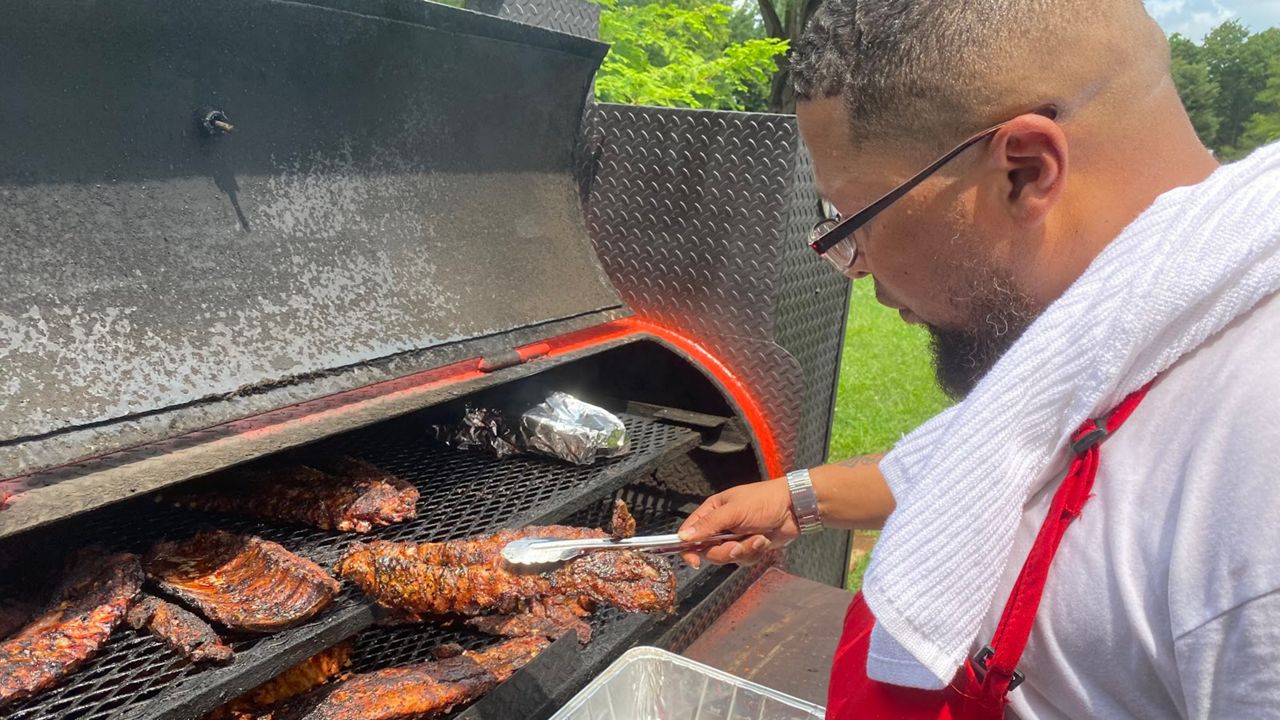 Raven Sanders believes that the only place beef belongs is on the grill. (Spectrum News 1/Ashley N. Brown)

LOUISVILLE, Ky. — Raven Sanders is in the smoke year round at his food truck, Red Barrel BBQ and Catering.

Once a year, the pitmaster takes a break from his regular operations and takes his grill and pounds of meats to Chickasaw Park in Louisville for the "Stop the Violence, Put the Beef on the Grill" event.


Hoping to bring the community together, Sanders wants it to be a chance to talk about problems rather than resort to the type of violence the city has been seeing this year.

Chickasaw Park is a place Sanders knows well, having lost multiple people close to his heart to gun violence in the neighborhood.

Sanders said his cousin was shot and killed in front of her family. Around that same time he lost two close friends.

“One of my friends was shot in the back of his head while he was driving. Another friend was shot on the back porch and his mom had to find me,” Sanders said.

Sanders honors his lost cousin and friends through the event and invites others to do the same for gun violence victims they’ve loved.

It’s also his way to recover the unity in the community.

“We’ve got black, white, everybody out here. Everybody's out here, young, old because it affects everyone,” he said.

To nourish the minds, bodies and souls, along with BBQ, those who attended had access to vaccines, glucose and blood pressure testing, ministers and mental health professionals.

Sanders believes addressing mental health issues is a big part of the solution.

When he first started the event, Sanders said he paid for everything out of his own pockets. Now family, friends and a list of businesses and organizations help sponsor the event.