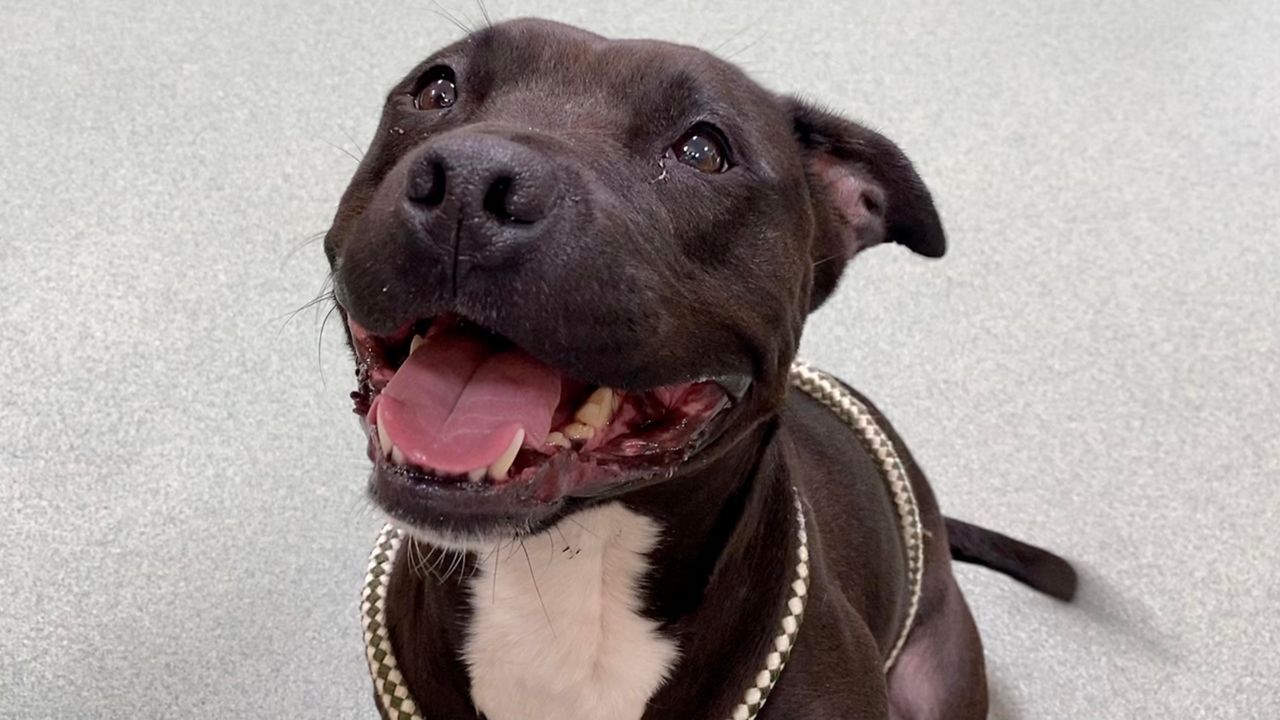 She's had a hard time finding a home, which could be due to the stigma around pit bulls (Spectrum News 1/Sam Knef)

DAYTON, Ky. — The city of Dayton, Kentucky is lifting its ban on pit bulls, dogs that often get the reputation of being inherently aggressive. However, some people believe that’s an unfair stereotype.


Amara is a 5-year-old pit bull mix that currently lives at the Kenton County Animal Shelter. Of all the dogs available for adoption there, she’s been waiting for the longest.

That could be because of the connotations the word ‘pit bull’ evokes in some people, as Kenton County Animal Control Sergeant Bryce Black explained.

Some cities in Kenton County, like Covington, restrict people from owning pit bulls.

In Dayton, which is in Campbell County, it was illegal to own a pit bull since 2006. But the city council lifted that ban on July 6 in a four to two vote. Scott Beseler, Christina Kelly, Jessica Lovins and Beth Nyman voted to lift the ban. Joe Neary and Jeff Volter voted against it.

Beseler said the council formed a committee, which conducted extensive research. It was composed of Neary, Nyman and Kelly.

Beseler explained why he voted in favor of lifting the ban.

“Really, we couldn’t come up with an argument for keeping it. We didn’t really find anyone, besides people’s own innate fear of the dog breeds, which have been just exacerbated by the media for the last 30 years,” Beseler said. “The fact of the matter is, there are already a ton of pit bulls in our city, and one of the main problems with the ban was that it was nearly impossible for our animal control officer. They had no real recourse of being able to take these dogs. All someone would have to do is have their vet say that it was a boxer mix, or any other type of mix of a dog, and it would absolve themselves from the responsibility of owning a pit bull.”

Pit bull is more of a broad term than a specific breed. Beseler said Dayton’s ordinance referred to dogs with characteristics of an American Staffordshire Terrier.

“You’re sending these people into a situation where there’s a family dog that’s had no incidents, no viciousness, but the fact that a neighbor called and said that they had a pit bull, and then that person was forced to come out to try to resolve the situation,” Beseler said. “People’s main fear was that we were gonna lift this ban, people are gonna get a ton of pit bulls, and there’s gonna be an attack. Well the fact of the matter is, those pit bulls are already here.”

Beseler said Dayton city officials in the 80s and 90s saw pit bulls as weapons used to protect drug houses, which is what ultimately led to the ban.

But when the current committee consulted Dayton Police, officers didn’t see that as a threat, Beseler said.

Black said lifting breed restrictions is a move in the right direction, and one that could help Amara find her new home.

“When you put those restrictions in place, you’re limiting the dog’s upbringing, and that can affect its behavior and how it reacts and interacts with people and other dogs, and so I think if you lift that restriction, they’re gonna be exposed just as much as somebody that owns a black lab or a chihuahua,” Black said.

Dayton does still have a dangerous animal ordinance in place, which requires owners to restrain animals “that are a physical threat to human beings or other domestic animals."

Amara and all of the available dogs at Kenton County Animal Shelter can be adopted here.

Spectrum News 1 reached out to each council member, including those who voted against lifting the ban, for comment on this story but only heard back from Beseler.