LEXINGTON, Ky. — She's a legend in the making. Keni Harrison, the former University of Kentucky track and field star turned professional runner for Adidas, is seeking redemption at her first Olympic Games in Tokyo this summer.

“You gotta be kind of crazy to be a hurdler," Harrison said. "You're running full speed to a barrier that's not moving, you have to be laser focused."


Harrison must be the craziest of them all. She boasts a long list of accolades: running the fastest time in the world in the 100-meter hurdles with a time of 12.20 seconds, national track athlete of the year as a senior, NCAA champion in the indoor 60-meter hurdles and outdoor 100-meter hurdles, NCAA silver medalist in the 400-meter hurdles as a junior and senior. That's just naming a few.

But it wasn’t always a successful trip around the track. In 2016, Harrison came up short, placing 6th in the 100-meter hurdle Olympic Trials and not qualifying for the Rio Olympics. 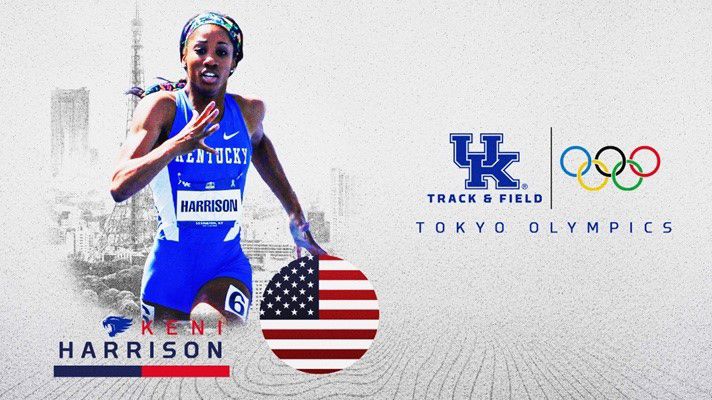 Harrison will head to her first Olympic Games in Tokyo after barely missing the team in 2016. (UK Athletics)

“This time I've already made the Olympic team and so I think that the hardest part is just getting through trials and going to Tokyo like it's just another race, just another meet," she said. "Of course what fueled me the past couple of years was that disappointment and so that's just something that kept me training hard and not to give up."

Now she's seeking redemption, as she went head-to-head with 2016 Olympic gold medalist Brianna McNeal in the Olympic Trials. Harrison came out victorious with a first place finish, something she's dreamed of since watching the 2012 Olympics.

“I want to go there with Team USA on my chest, and have so many people supporting me and wanting me to do my best, that was the moment I realized I want to go to the Olympics,” Harrison said.

The former Kentucky Wildcat won't be the only one traveling to Tokyo this summer.

“Coach Flo did a great job recruiting everybody and saw a talent in all of us and for all of us to make the Olympic team. There's so many of us — D-Rob, Sydney, Quin, Jay — it just shows the amount of talent Kentucky had and we can finally continue to put Kentucky on the map,” Harrison said.

With the most recent curve ball of 2021, the Tokyo Olympics will now be held without fans. That announcement didn't seem to phase Harrison, as she’s got one thing on her mind: going for gold.

“In the midst of being lined up with the best in the world you're not really worried about who's in the stands. You're just worried about going out there and competing to the best of your ability,” Harrison said.