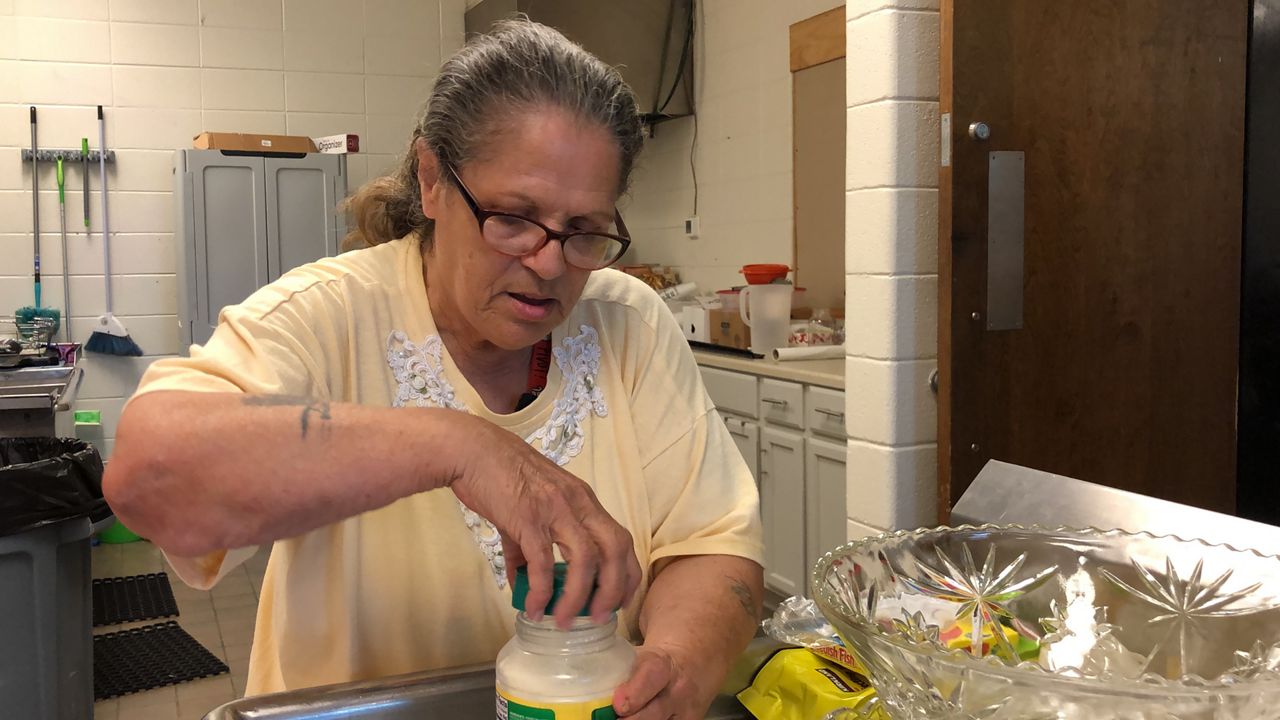 WINCHESTER, Ky. — A Navy veteran is preparing lunch at the Lady’s Veterans Connect facility in Winchester on a Wednesday afternoon.

While Howard surveys the pantry to make a baked pasta casserole, she talks about her Navy experience.

“I was stationed in Norfolk, Virginia for four years. I was on board ship,” Howard said. “It was— it was an experience for me that I'll never forget because being in the first group of 40 women on board that ship, and not knowing what to expect, you do become apprehensive, you know. You kind of step back and think, 'oh, what did I do? Did I screw up?'”

Historically, not many women served during those years, which left Howard feeling like she had little support.

“You don't tell people that you're a female veteran, you want to hide that fact simply because of the way you were treated,” Howard said.

Now with those years behind her, she’s getting support from the nonprofit organization Lady Veterans Connect to get her back to independence. She’s currently living in the facility taking part in all the programs offered for female veterans and working to get her own home.

“Well, my thoughts are quite simple. I'm here with my friends at Lady Veterans Connect, and I think it's high time women got recognized not only for being a veteran, but for being a woman veteran,” Howard said.

“What I would like to do is make more people aware of lady veterans because we don't get enough recognition,” Howard said.

It stems from women veterans not voicing that they served, said founder of the nonprofit Phyllis Abbott.

“So we're trying to create that safe place for them to identify and not only be our transitional housing program but participate in our retreats and other programs that we provide for our women veterans,” Abbott said.

Gov. Andy Beshear proclaimed the day to honor women but the pre-filed bill for the upcoming 2022 session aims to make it a law.

“Even when we have Veterans Day, we always think about veterans be, our male veterans. We don't think about the women veterans, and for them to have a special day is good,” Abbott said.

June 12 signifies the anniversary of the Women's Armed Services Integration Act in 1948.

Almost three decades later, Howard became one of the first female veterans to serve in the Navy in the 1980s and continues to call for more change.

“Some things are easy to talk about, other things are like taboo. You know, they're real hard to talk about different things that I've seen, being in the Navy and out of the Navy both, and it's, I was really sad because we're all in this together,” Howard said.

This is not the first time a Women Veterans' Appreciation Day has been filed. Lawmakers filed similar bills ahead of the 2020 and 2021 sessions.