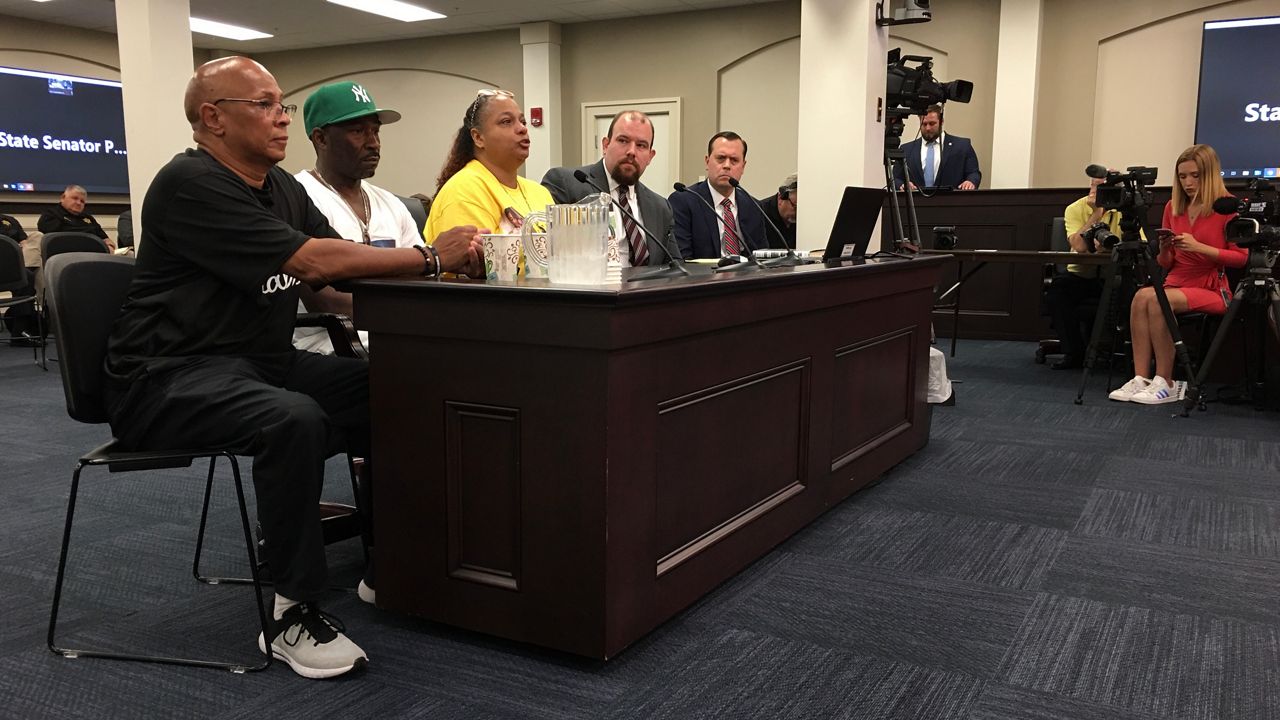 Krista Gwynn testified with her husband and others in Frankfort Thursday. (Spectrum News 1/Joe Ragusa)

FRANKFORT, Ky. — Krista Gwynn has been through a lot as a mother the past few years: her son Christian was murdered in 2019 and her daughter Victoria was injured in a shooting in June, both when they were just 19 years old.

“My 13-year-old wouldn’t go to the park,” she said. “I live so close to the park, I can see birds chirping. My daughter don’t want to go there. Why? This city is violent.”


Gwynn testified in front of a legislative committee about gun violence in the city Thursday and an initiative Louisville has started called Group Violence Intervention. GVI aims to support “at-risk residents in their daily lives” to stop gun violence before it happens and emphasize more communication in areas where gun violence is more prevalent, according to a press release on the city’s website.

Her son Christian was the last homicide of 2019 in Louisville.

The following year, 173 people died due to gun violence in the city, a record that will likely be broken this year. 104 deadly shootings have been reported so far, meaning the city is on pace for more than 200 by year’s end.

“This legislature, the United States Attorney’s office, law enforcement, our elected leadership has failed in the city of Louisville,” Coleman said. He touched on several topics, like getting guns off the streets and out of the hands of people who shouldn’t be able to buy them in the first place.

“This is a crisis. This is an emotional and social crisis,” Sen. Karen Berg (D-Louisville) said. “This is an economic crisis. The cost of this gun violence is amazing.”

“Our public is attacking our police officers, our governmental bodies are victimizing criminals, and people are dying because of that,” he said.

Gwynn just hopes they listened to her story.

“I wanted them to see the face of what gun violence is doing and I did just that,” she said. “I want them to see we’re not just numbers, we’re people. And my son needed his voice to be heard today and I’ll say it as loud as I can say it.”

Louisville Metro Police Department officers arrested Jameko Lee Hayden as a suspect in Christian Gwynn’s murder in April, 16 months after the shooting. He’s scheduled to be arraigned next week.