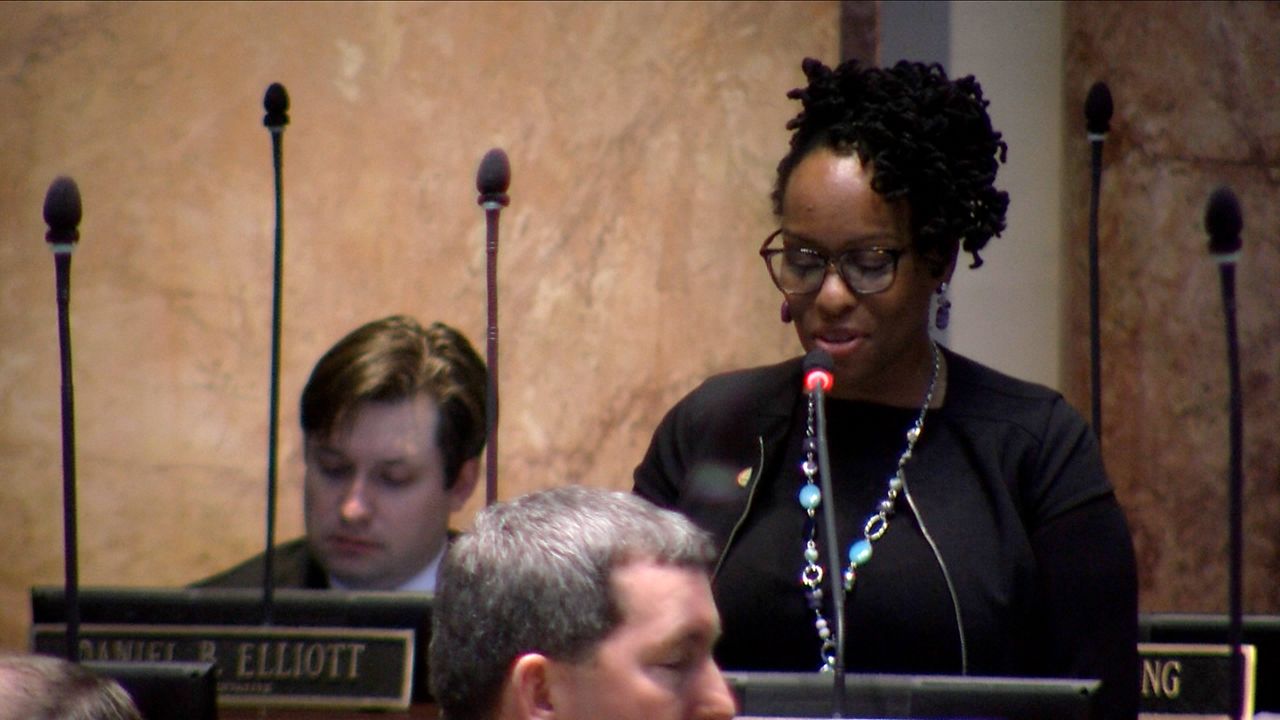 
“I want people to know that I stand for economic justice, environmental justice, health justice, racial justice,” she said during an interview with Spectrum News 1 following the announcement of her congressional campaign on Wednesday.

Scott has been a state lawmaker since 2017 and was a member of the Louisville Metro Council a few years before that, serving from 2011 to 2014.

She hopes to join a small group of Black women — only 25 right now — in Congress.

“Over and over again, Black people, Latinx people, Asian people, Indigenous people, our issues get overlooked because we’re not in office to bring them up,” Scott said,

Scott would likely face U.S. Rep. John Yarmuth in the primary, Kentucky’s only Democrat in Washington.

He’s been in office for Kentucky’s 3rd District since 2007 and Scott said it’s time for new ideas.

“I’m a firm believer of term limits, and we need term limits at every single level of government: local, state and federal,” Scott said. “And that means that sometimes we have to term limit ourselves and step away and say, 'there are new and different ideas that exist that need to have the opportunity to be heard.'”

Christopher Schuler, a spokesman for Yarmuth, sent a statement to Spectrum News 1, telling us Yarmuth isn’t thinking about next year’s campaign.

“He just got the American Rescue Plan enacted, he's continuing to work closely with President Biden as his committee advances the White House's FY2022 Budget proposal, and there's a potential infrastructure reconciliation package on the horizon which he will also lead,” Schuler said. “There will be a time to discuss reelection, but right now he’s completely focused on doing his job and continuing to deliver for Louisville.”

She pushed for an outright ban on no-knock warrants last year and joined protests over the death of Breonna Taylor.

“We don’t have someone in Congress who is directly addressing issues of racial justice,” Scott said. “We can’t wait until 2020 and an uprising to be someone who is on the frontlines for justice. That has to be the work that you’re always doing.”

The relationship with Breonna Taylor’s family has been contentious. Taylor’s mother, Tamika Palmer, criticized Scott in a Facebook post in April that has since been deleted, calling her a fraud.

Scott stands by her activism.

“There’s a whole community of people who know that I’m a champion for racial justice, that I have been often times the only person standing up for police accountability, that I got arrested marching for justice,” Scott said. “People across Louisville know that.”

Scott was arrested by Louisville Metro Police Department officers in September along with several other protesters. All of the charges for everyone involved were eventually dropped.

While she has introduced legislation on topics ranging from hair discrimination to maternal health during her time in Frankfort, most of Scott's bills died before getting a vote in the House. Legislative leaders decided to back a bill limiting no-knock warrants earlier this year instead of her bill, which would have banned them altogether.

She said Yarmuth hasn’t had an easy time getting legislation through in Congress, either.

"Obstruction exists everywhere," Scott said. "But also, we need someone who is going to champion our issues, the issues that people here are feeling every single day."

There is a chance Scott won’t actually face Yarmuth. Republicans control the redistricting process because they have majorities in both chambers of the Kentucky legislature, and they could carve up Louisville into multiple districts before the next election, a move that would likely result in a court battle.